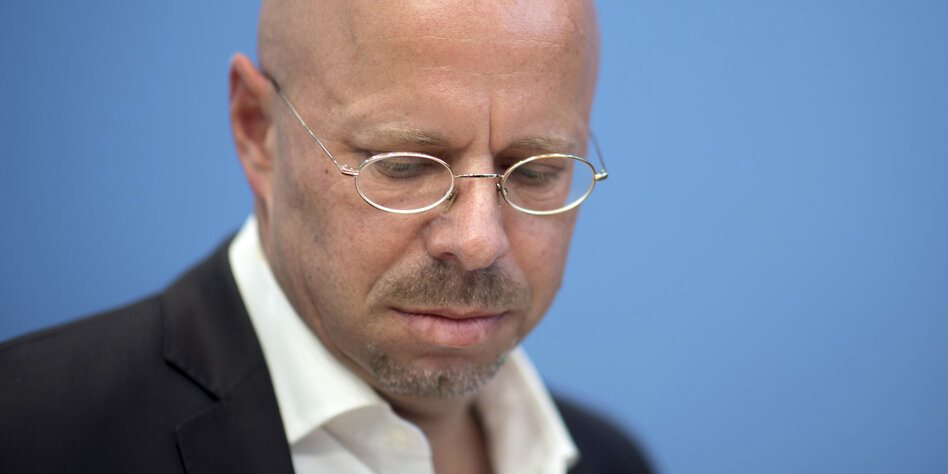 Andreas Kalbitz’s expulsion from the AfD was legal. The Berlin Chamber Court sees no errors in the decision of the AfD arbitration court.

Want to go back to the AfD, but they don’t want him: Andreas Kalbitz Photo: Stefan Boness

BERLIN afp | In the dispute over his AfD membership, right-wing politician Andreas Kalbitz also failed before the Berlin Higher Court. On Friday, the court dismissed the appeal of the former Brandenburg party and parliamentary group leader against the previous rejection of an urgent application by the Berlin district court.

With the urgent application, the 48-year-old wanted to ensure that the AfD “leaves” all his membership rights “unrestricted” until any main proceedings.

The urgent motion was directed against the decision of the AfD federal executive board, which in May 2020 had decided with a narrow majority to cancel Kalbitz’s party membership. The reason for this was that the former “wing” man is said to have concealed previous memberships with the Republicans and the home loyal German Youth (HDJ) when he joined the party in 2013. The party’s federal arbitration court confirmed the expulsion at the end of July.

The Court of Appeal emphasized in the oral judgment on Friday that it could only examine the decision of the party arbitration court in a limited way because of the party freedom. From the point of view of the Senate, the decision of the arbitral tribunal was “neither clearly unlawful nor abusive,” said the presiding judge Wolfgang Haferanke. The execution of the committee for the termination of party membership is “understandable in every respect”.

An AfD lawyer described the decision as a “victory across the board”. A legal representative from Kalbitz, however, was disappointed. “We have a different view on many points,” he said. The main proceedings at the Berlin district court are still pending. He is sure that the question of the AfD party membership of Kalbitz will ultimately be decided by the Federal Court of Justice.

Corona mutations: Experts are warning of a third wave that could soon threaten