Rifaat Atfé: “Nobody wanted a peaceful change in Syria” 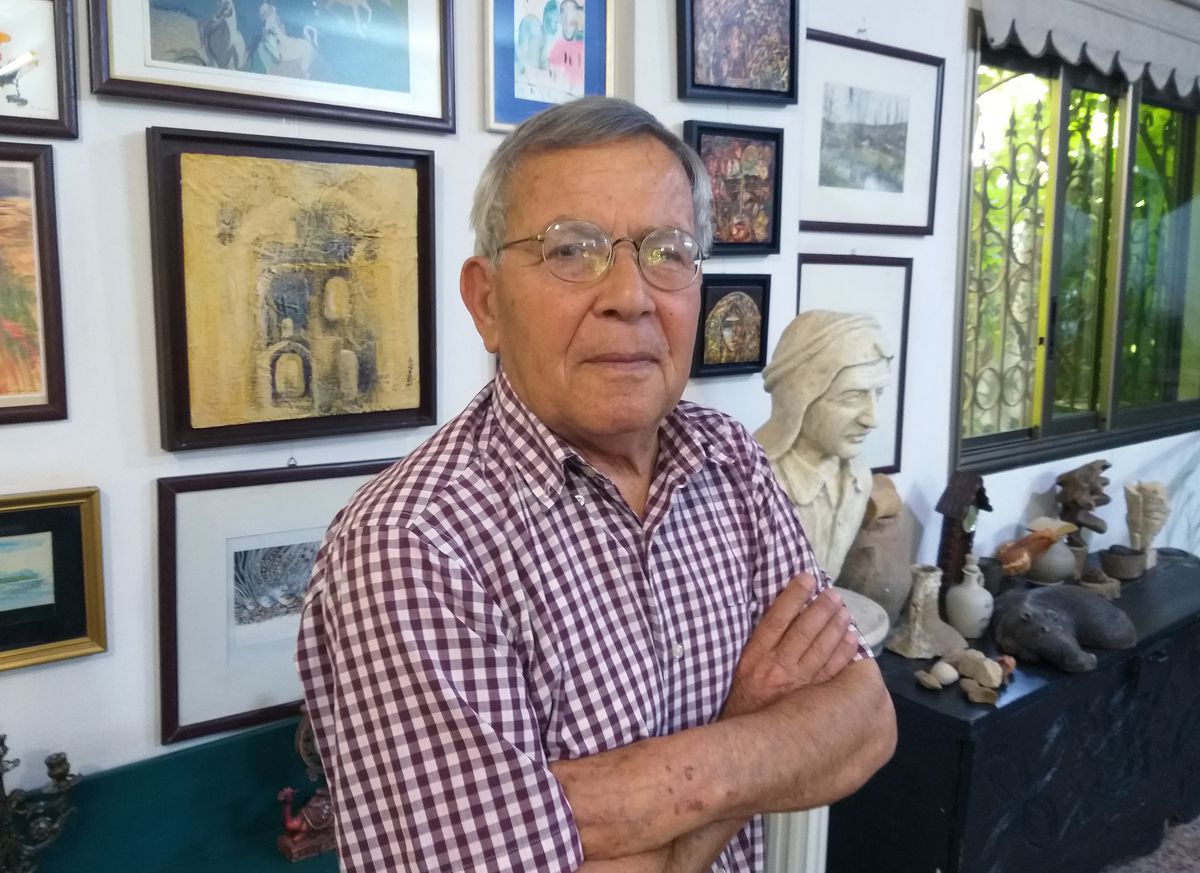 In the window from which she speaks at home, in her hometown of Masyaf (Syria), there are flowers, plants of all colors, a landscape that seems a revenge of beauty against the horror that is heard and suffered in her country , which has been living the torment of a multilateral war for years. He is Rifaat Atfé, 74, Hispanicist, poet and storyteller, translator of some of the most famous authors in the Spanish language, from Pablo Neruda and Gabriel García Márquez to Federico García Lorca, Ramón María del Valle Inclán or Juan Goytisolo. That landscape that he cultivates is the reason for the postcards he sends by WhatsApp to his friends around the world, especially in Spain, where he studied Hispanic Philology. He has a good humor, but in conversation he also exhibits anger or sadness. Living in Syria is an ordeal and it shows.

Question. How are you?

Answer. We are experiencing the worst times Syria has ever experienced. Nobody wants to solve their problem from the outside. Now there are many occupants, due to the important geopolitical position that our country maintains. The Americans, the French, the English, some regional forces: everything is occupied by them. And no one has wanted a peaceful change in Syria. I traveled between 2013 and 2015, I saw fundamentalists in the different airports: they came to Syria. Everyone has participated in the conflict and nobody wants there to be democracy. This was a country that has been acceptably democratic in the 1950s and early 1960s.

P. What mark do you feel in your heart in the midst of this conflict?

R. Much suffering, because you can not do anything. It is as Max Estrella, the character of Valle-Inclán, says: “You are crying with helplessness”. I cry of helplessness because I can’t do anything, we can’t do anything. I reflect on what that character says. I came back, here I had my house, friends, as I have them in Spain, but here was my house, which I built with my hands. From here the war sounds from afar … Since 2012 I turned off the television so as not to know what they said about it, and I have never turned it on again because everything is a lie. I read THE COUNTRY or The vanguard or some Latin American newspapers. I try to find out from the press.

P. And what would be the truth?

R. Everything is rigged, unfortunately. In Syria a change is needed, it is true, but a change, not a civil war with many outside hands manipulating it. The United States has not come to fight against Daesh, because Daesh was created by the United States. It is occupying the most important part of Syria, where agriculture and oil are. It pains me a lot that a force has not yet been found to fight against that occupation, and against all occupations. All the young people have left, there are millions of migrants or fled from the war in Syria.

P. Do you watch the war from home?

R. Fortunately we are quite far from direct war, up to a point. Some rockets fell in the surroundings; They are always bombing, because nobody tells them anything, nobody can call the bombers sons of bitches, because they know that nobody will be listening.

P. Would there be, according to you, some human solution to the tragedy?

R. The solution is no longer in the hands of the Syrians, unfortunately, but in the hands of foreign forces. Syria exists, but divided, manipulated. Turkey occupies one province and part of another, the Russians came called by the Syrian Government, as they did in Libya. As with the occupation in Palestine, nobody wants a solution that preserves dignity. We want a solution. The democratic forces in the world have regressed a lot and there is not what we would call solidarity between the peoples.

P. What has literature given you, for example the world of García Márquez, that helps you interpret your own world?

R. In García Márquez, for example, I found the world of Blood Wedding, of Lorca, specifically the poem that says “Dead was in the street with a dagger in his chest …”. In García Márquez I have found what is called the prescribed destination, the fatalism that dominates Blood Wedding. He is the result of all the cultures he has known, and I feel that I am the same. Literature, and especially Latin American literature, has reflected environments very similar to those that the Arab world is still experiencing. The influence of the Church there, that of Islam among us, are similar. You read, for example, the Colombian Juan Gabriel Vásquez and discover that he is talking about Syria at a certain moment when he writes about what could be called absolutism.

P. Any book can actually be the whole world …

R. Exactly. A book appeared among us in the eleventh century in which it was said: “There is no book that should not be read. Everything has to be read ”. That reflects to me the confidence that a writer or a reader has in himself, and it is very important. When you read the Quixote You can see that this book is talking about us, as in the final part, when it talks about freedom, and I read it that way, as if it were writing for us Syrians who, like freedom, have also lost hope.

P. Has translation helped you escape from the war you live with?

R. By translating a work you can understand more than a normal reader. That has greatly influenced my personality, I suppose I must thank fate or life. It has allowed me to get to know other cultures and to get to know me, for example those who read me in Spanish. Sometimes I write in Spanish. In these years of conflict in Syria I have written for four or five years what I have called Diary of a Syrian who has not died yet, which has been published in part in the Castilla-La Mancha newspaper. It is the narration of my own life in the war.

P. Do you feel in danger?

R. No. They offered me to go to Spain or Latin America, but as long as I am not in serious danger, I will not leave Syria. You do not know when you may be in danger because the conflict has not ended, the forces are still armed, on one side or the other. International forces do not want the conflict to end. In Libya, the same forces that toppled Gaddafi did not want democracy to exist. They do not want democracy in the area.

P. Is there anything throughout the day that distracts you from this drama?

R. I read, I write, I translate, I have a wine with my friends from time to time, and thus I am enduring life, which in reality should not be endured but lived happily.

P. Is there a verse, by Lorca for example, that lifts your spirits?

R. I love Spanish poets. Miguel Hernández, for example. And his life hurts. I feel their suffering as if it were me suffering. The death of Lorca has hurt me a lot, and it hurts me, because fascism is terrible, we must end the fascist and racist mentality in the world, and those are the ideas that create the conflicts that we live in because of the great powers. A verse from Lorca? There would be so many verses by Lorca, by Hernández, that would lead us to be happier …