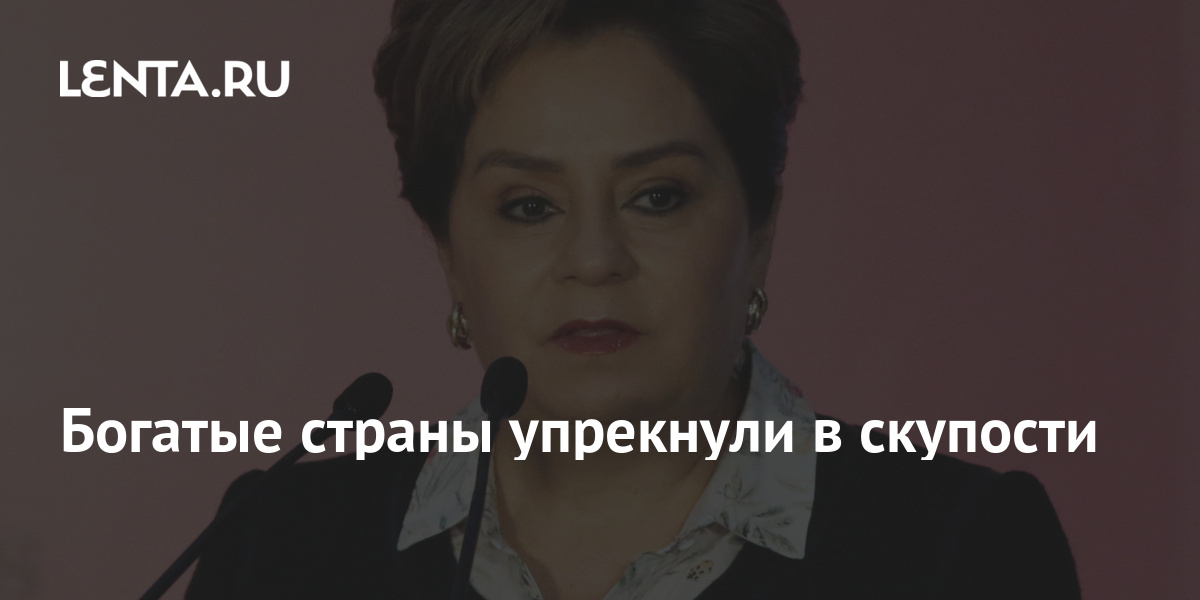 The G7 countries were accused of being stingy and slow in fighting the threat of global warming. The leaders of the world economy failed to achieve a financial plan to solve the climate problems of poor countries, writes The Guardian.

The head of the UN Climate Control Committee Patricia Espinoza commented on the results of the G7 summit (Great Britain, Germany, Italy, Canada, France, Japan and the United States), which was held on the Cornwall Peninsula from June 11 to 13, 2021. The head of the department drew attention to the large backlog in the deal to combat climate change, which involves the allocation of rich countries to help developing countries 72 billion pounds ($ 100 billion) a year for environmental programs. The G7 agreement on the allocation of funds from 2020 for the transition of the poor states of Asia, Africa, Latin America to renewable energy sources was signed in 2015 at a summit in Germany. The agreement on billions of dollars in investments does not spell out specific amounts of support from each country.

Global warming remains a global threat. How is Russia dealing with it?

“Environmental programs are aimed at combating global warming, which is leading to the melting of glaciers, an increase in the level of the World Ocean, and the destruction of critical ecosystems. Time is running out and G7 members have not made progress in meeting their commitments. The results of the agreements of the G7 countries should be demonstrated on October 31, 2021 in Glasgow at the 26th UN Climate Change Conference of the Parties (COP26), ”Espinoza said.

The inability of developing countries to invest in environmental programs against the greenhouse effect puts the entire world at risk of extinction. According to analysts of the International Energy Agency, states in Asia and Africa receive from the G7 members about $ 16 billion annually for the development of the gas industry. The production investments of the leaders of the world economy are four times higher than the investments in the “green” programs of poor countries.