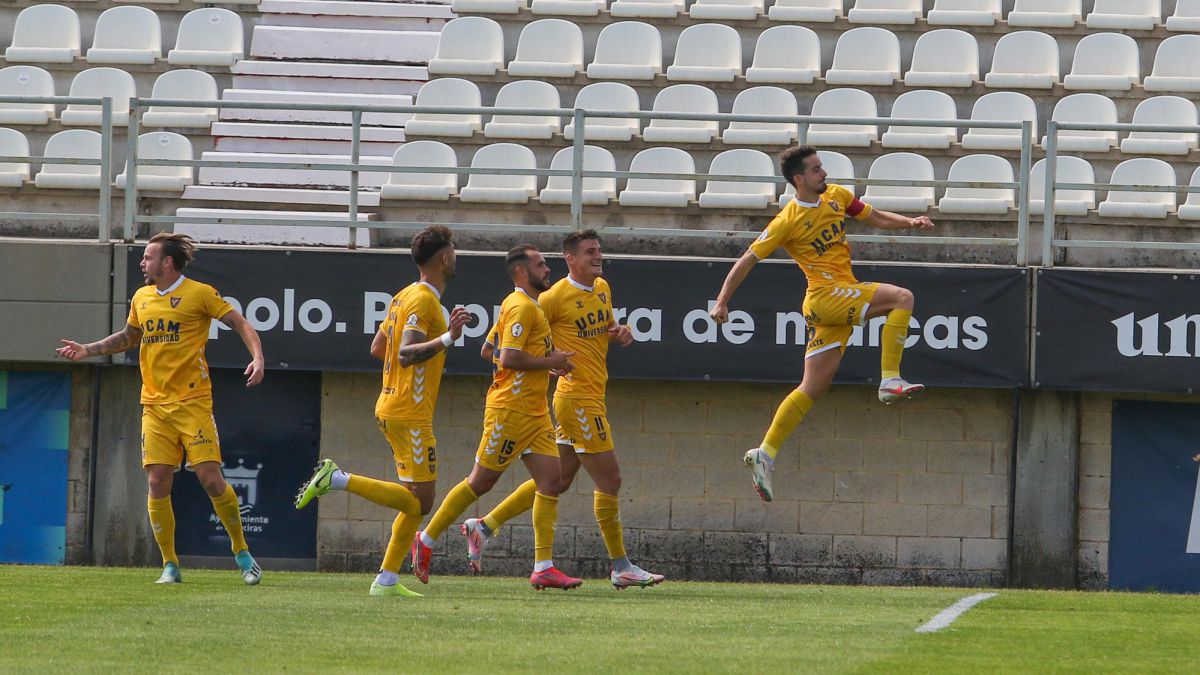 UCAM CF maintains its undefeated condition in the second phase after the draw at El Mirador de Algeciras. The Murcian team, which won the first two games, will continue for another week among the first three (depending on what Linares Deportivo does, it will be the leader or not) and will have a minimum income of four points compared to the fourth place, at the expense of what Betis Deportivo, San Fernando CD and Atlético Sanluqueño do. An excellent situation when there are three games to play and two of them will be at home against Atlético Sanluqueño and Algeciras CF.

If Salmerón’s team came out of Andalusia unharmed, it was because of the outstanding performance of Biel Ribas. The goal again showed that the third category is too small for him and made up to five interventions in which he avoided both Salva Ballesta’s pupils, who dominated the match and saw how the university goalkeeper deprived them of a better result.

Very soon Algeciras CF warned of what the crash was going to be. Before the first minute is over, the ball hits the post. A distant shot from Romero, the best of the game with Ribas, crashed into the wood. But UCAM CF answered with a clear opportunity. A Santi Jara cross finished him off, at the far post, Liberto and the ball went wide. It was an electric start for both sides, because in the next play Canillas stayed hand in hand with Ribas, but left the ball behind.

It was impossible to maintain that rhythm. With a lower intensity, the Murcian took a step forward and it was translated into 0-1. Charlie had it, first cleared by Serrano and then by another defender and the ball fell to De Vicente, who beat Vallejo with a spectacular volley. It was the moment for Salmerón’s men, who had the 0-2 just five minutes later in a Viti center that Johan did not reach by centimeters.

Algeciras CF showed that they are a clear contender for the playoffs. It was better than one of the best squads in the category and did not take the three points for Biel Ribas. After overcoming 0-1, he completely dominated. He had chances to turn the scoreboard before the break, but especially after it. In 34 ‘, the first one-on-one appearance against Canillas that he won. On the way back from the locker room, in 66 ‘, he took a header from Almenara under the sticks.

Ribas could do little to stop Romero’s maximum penalty, who in the style of ‘Panenka’ put the tables. But his ‘show’ continued and in two minutes, from 80 to 82, he prevented Iván, Almenara and Canillas from making it 2-1.

Football The Veikkausliiga invites Sanna Marin and Krista Kiuru to a football match: “We will arrange an entrance ticket for you – subject to the current restrictions”

Ayuso sweeps and the PP adds more than the entire left