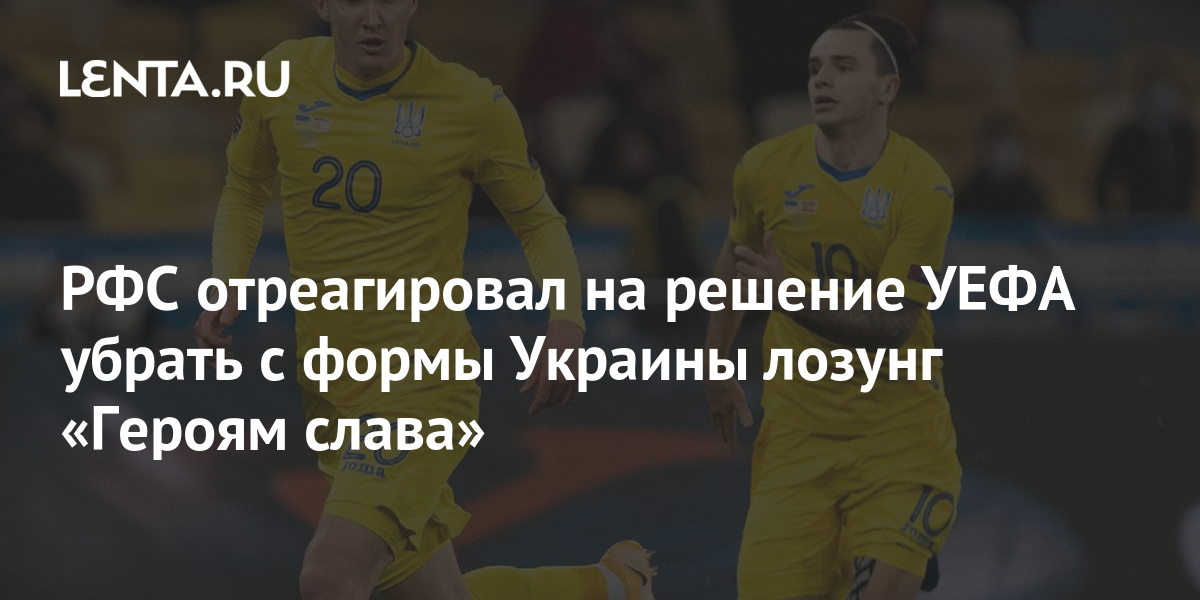 The Russian Football Union (RFU) responded to the demands of the Union of European Football Associations (UEFA) to make changes to the design of the uniform for the Ukrainian national team. This is reported by “Championship.com”.

The organization’s communications service noted that UEFA only partially satisfied their request. The RFU still believes that the form of the Ukrainian team remains politicized and creates a dangerous precedent.

On June 7, it was reported that UEFA agreed on the uniform of the Ukrainian national team, where, in addition to two slogans, a map of the country with the Crimean peninsula is depicted. The uniform was presented by the head of the Ukrainian Football Association Andriy Pavelko.

After the scandal over the VIP vaccination, Horacio Verbitsky gave himself the second dose of Sputnik V