Reyes Maroto: “We cannot afford to mismanage European funds, it is a country project” 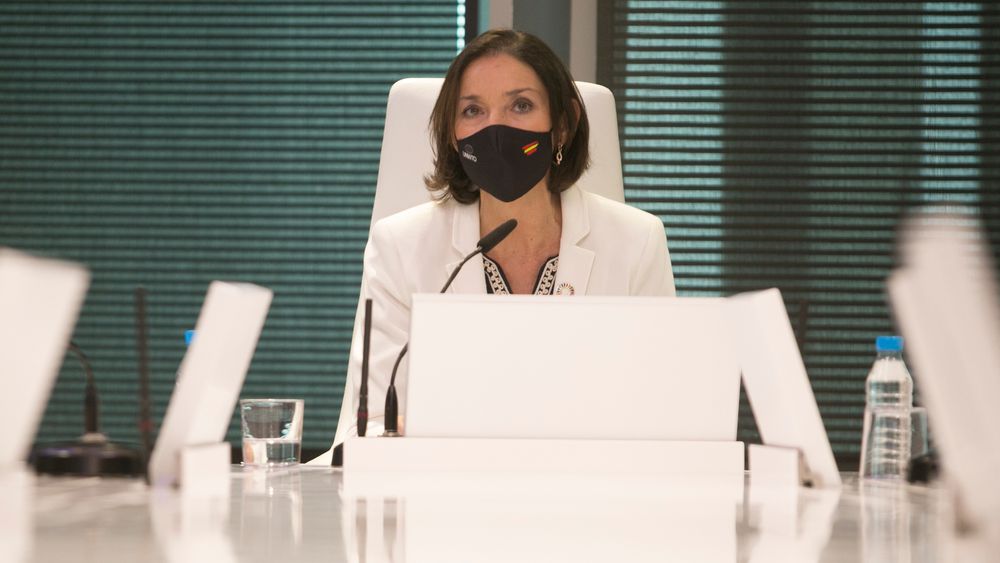 The Spanish tourism sector, a pillar of the Spanish economy and one of the hardest hit by the coronavirus crisis, is on the edge. And it faces enormous challenges in the coming months in trying to weather the onslaught of covid. For this reason, the Minister of Tourism, Reyes Maroto, has highlighted the importance of the injection that European funds will entail, which should help to boost the sector. “We cannot afford to mismanage funds. This is a project of the country, not of the Government ”, he assured this Thursday at the forum The future of the tourism sector, organized by EL PAÍS and KPMG.

Managing a huge amount of financial resources is a colossal challenge. And the Government is aware of this and recognizes that Spain and the sector have a lot at stake with these funds. “The sector faces the challenge of surviving and, at the same time, of facing a profound transformation to guarantee its future”, Maroto insisted. In addition, he mentioned the arrival of the vaccine and the process to inoculate the population. In fact, he has estimated that by the summer between 15 and 20 million people in Spain will be vaccinated, between 30% and 40%, and only by the end of summer would the level of 70% be reached.

The event was also attended by Hilario Albarracín, president of KPMG in Spain, Ramón Aragonés, CEO of NH Hotel Group; Luis Buzzi, partner in charge of the Tourism and Leisure sector of KPMG in Spain; Raúl González, CEO for EMEA of Barceló Hotel Group; Luis Maroto, CEO of Amadeus; Patricia Rosselló, CEO of Roibos, and Javier Sánchez-Prieto, president of Iberia. All have agreed with the Minister of Tourism on the importance of the funds, although they have almost unanimously demanded that a common direction be marked on where they want to move forward and what are the leading projects.

The forum first discussed how this point was reached. And there is little doubt there: the pandemic has been an unprecedented blow to tourism. “Restrictions on mobility have been an immense challenge for the survival of many companies and for the sector. However, tourists will return and companies must prepare for that moment ”, Hilario Albarracín stressed at the beginning of the day. Minister Maroto has emphasized on this point the fall of Spain, in line with the one that has been registered worldwide, and has underlined the rescue aid deployed by the Government, especially the ERTE.

The representatives of the sector, for their part, have stressed that more than turning tourism around, what is needed is to promote the transformations that have already been started by the private sector. “Until now there has not been a strategy, but a series of entrepreneurs who have risked their money to supply the demand that existed. The funds should help put Spanish tourism, including small and medium-sized companies, in the world ”, said Buzzi, from KPMG, who has added another fundamental leg to carry it out:“ Public-private collaboration has to materialize in this plan that has political consensus and economic endowment ”.

From Amadeus, one of the most prominent tourism firms in the sector, its CEO Luis Maroto has insisted on the crucial moment we are going through. And the need to divide between the urgent and the important. “I would differentiate between the short term, with measures to survive, and the medium term, in which it is necessary to invest. It is very difficult when fighting for survival to think in that medium term, but funds are the great opportunity to finance this necessary investment ”, Maroto has argued. In addition, he insisted on the need for more collaboration: “You have to work together and see the general plans that can make the sector more competitive.”

The speakers have debated different ways of spending funds, the proportion that should be devoted to tourism and, above all, what to focus on. For Patricia Rosselló, CEO of Roibos, the selection should be to promote what Spain is at the fore: “There are many aspects to develop, but Spain is sun and beach and that is why we have to bet to make us the best in the world in that”.

On the part of the airline sector, Javier Sánchez-Prieto, president of Iberia, has participated in the forum. Airlines have suffered the most from the coronavirus crisis that has curtailed mobility. For this reason, he has insisted on the importance of better managing the movements of people and clarifying the rules. “I think that the financial support that the companies have received is to be appreciated. But there are other things we should not be proud of, for example in the form of restoring mobility. Citizens did not know how to travel and they still do not know it ”, he stated. In this sense, the vaccination process has once again been highlighted, which will be vital for the sector: “We have high hopes, but we cannot allow everything to remain the same.”

Finally, the hotel sector has been one of the most critical during the event. “Two thirds of the fall in GDP in Spain is due to the collapse of tourism. That is why I believe that the sector should have preference within the funds ”, stated González, from Barceló Hotel Group. Along these lines, he has also called for more support: “I think the public money dedicated to the sector is insufficient given its size.” Ramón Aragonés, from NH Hotel Group, has insisted on this line. “The funds are a historic opportunity. And I am afraid that they will be the only direct aid that we will receive in the sector ”. It has also called for more collaboration between companies and institutions. “Public-private collaboration is not existing. We have not created a framework of trust between the Administration and the tourism sector and this is something that all parties must work on. Intense collaboration is necessary. We need to feel listened to and that it be translated into concrete actions of the Government ”, he has settled.

New delivery of Red Friday offers You are still in time for Valentine’s Day!

Pedro: Al Ain’s most important match of the season