Revivicor: the company that raises herds of pigs for organ transplants 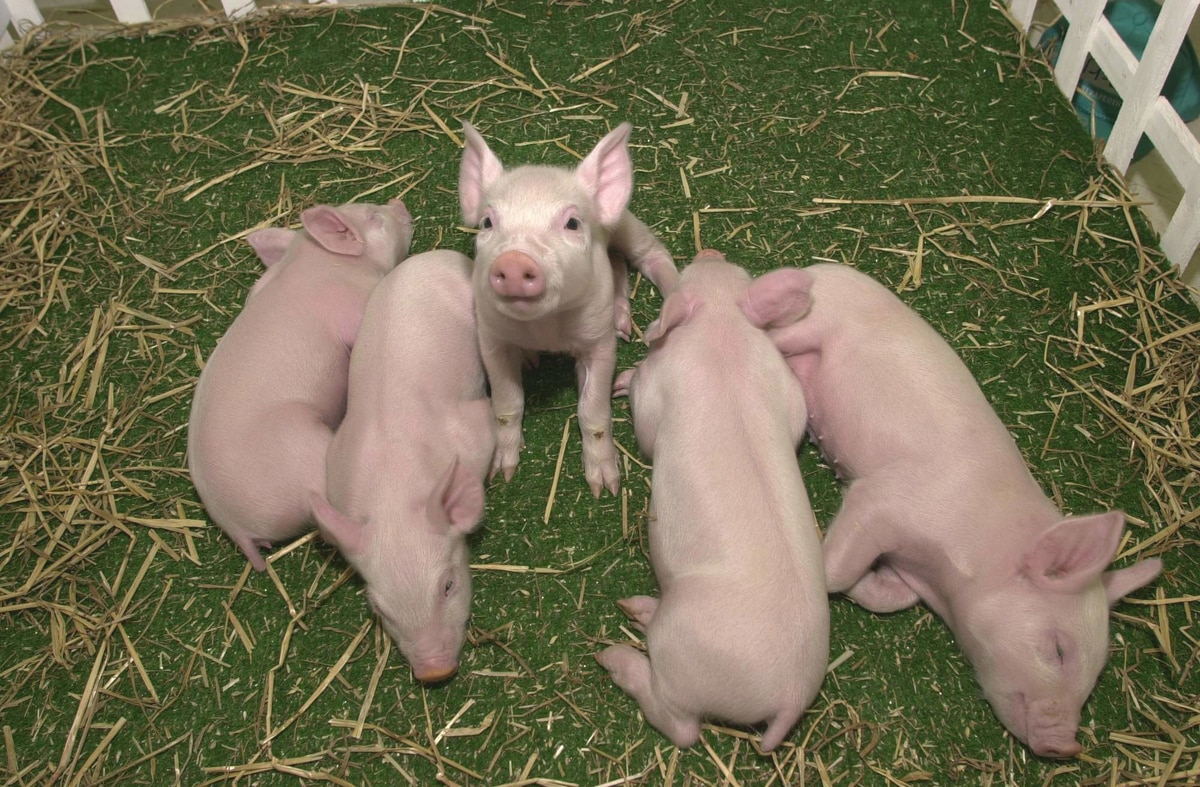 There are people who are jokers even on their deathbed. TO David bennett, a 57-year-old American with very serious heart failure, was explained in mid-December that there were no spare human hearts for him, but that there was another desperate option: a transplant of an organ from a pig. “Will I do oinc, oinc?”, The patient replied with a joke, according to his surgeon, Bartley Griffith, daily The New York Times. Today Bennett is the first human being to live with a porcine heart beating in his chest, after surviving the groundbreaking operation, performed on January 7 at the University of Maryland Medical Center (USA). And experts are now wondering what the next step will be for Revivicor, the company that is at the forefront of this revolution and has supplied the organ that once belonged to a pig and is now David Bennett’s.

Once again, humanity has had breakfast with a medical milestone that seemed like science fiction until the day before. Revivicor, however, has been working for two decades. The company, based in the American city of Blacksburg, was founded in 2003 from the British company PPL Therapeutics, which was involved in the creation of the sheep a quarter of a century ago. Dolly, the first mammal cloned from an adult cell. In its facilities, Revivicor raises pigs that are the result of a true genetic goldsmith. Scientists inactivate a gene related to the growth of the heart, to facilitate its fit in the human chest, and block three other genes linked to the rapid production of defenses that cause the rejection of pig organs. In addition, Revivicor pigs have six human genes inserted into their genome to facilitate acceptance of their tissues by people.

See also  It Happened in Paris: Portrait of a City Through Their Brightest Minds

The company website presents the pig organs as “products” of its catalog. The brand of pig hearts is UHeart. That of the pulmonary lobes, ULobe. On September 25, a team of surgeons successfully transplanted a kidney from Revivicor, the brand UKidney, to a brain-dead woman in an operating room at New York University. David Bennett remains on constant watch in case his body ends up rejecting his UHeart heart.

The nephrologist Rafael Matesanz, founder of the National Transplant Organization (ONT) of Spain, believes that the new advance is “very important news from a scientific point of view”, but fears “crazy prices” and an absolute paradigm shift. to the current model of altruistic donation. “The problem would go from being the shortage of donors to being the economic cost for health systems. It’s a fabulous business, “he warns.

Revivicor is now in the hands of businesswoman Martine Rothblatt, CEO of United Therapeutics, the American company that bought Revivicor in 2011 for just seven million euros. Rothblatt told his story in 2015 to the magazine New York, with this headline on the front page: “The highest paid CEO in America used to be a man.” Martine Rothblatt, a trans woman, made a fortune by founding Sirius, a satellite radio service, and in 1996 she jumped into biomedicine by creating United Therapeutics, after discovering that her young daughter was suffering. pulmonary arterial hypertension, a rare and serious disease. His company has developed effective treatments for this ailment.

In 2011, the price of Revivicor was low because the xenotransplantation sector – transplants between different species – accumulated failures in previous years. In 2012, however, CRISPR appeared, a new gene editing technique that allows modifying animal genes quickly and cheaply. That advance, alien to Revivicor, was the final push. French biochemist Emmanuelle Charpentier and American chemist Jennifer Doudna won the 2020 Nobel Prize in Chemistry to discover these molecular scissors.

The Spanish chemist Marc Güell is one of the co-founders of eGenesis, a company born at Harvard University (USA) that is the competition of Martine Rothblatt’s company. “Revivicor has been around for two decades. It has been a long-distance race and they are already coming. They are still number one ”, Güell admits sportily, recalling that in Germany and China there are also“ very powerful ”teams making progress independently. “We will see good news in the coming years,” predicts the chemist, from Pompeu Fabra University, in Barcelona.

In 2020, about 120,000 transplants of organs on the planet, 18% less than the previous year, according to the world registry managed by the ONT, with data from 82 countries. The collapse was due to the collapse of health systems due to the covid pandemic, in a context of reduction of traffic accidents, a traditional source of organs. The number of deceased donors decreased by 13%. Of the 7,840 heart transplants registered, 278 were done in Spain.

A report from the Pontifical Academy of Sciences estimates that the available organs only cover one tenth of world needs. Marc Güell believes that pig parts are the closest solution to complete the deficiencies of the current model based on altruistic donations. “It is a system that is not so beautiful from the point of view of solidarity, but right now I find it difficult to eliminate waiting lists without using some kind of radical innovation, because we are getting older and older, intensive care units are better at keep people alive and there are fewer and fewer traffic accidents. The waiting lists for transplants are not going to be reduced ”, he believes.

With the organs of pigs, much more would be transplanted than now

Matesanz expresses his doubts about how the US advances will be transferred to the European context. The porcine heart transplant for David Bennett was authorized by the United States Food and Drug Administration (FDA), which had already approved a year ago Revivicor’s genetic modification of pigs for food use. These pigs, called GalSafe, lack alpha-gal sugar on the surface of their cells, which allows the consumption of their meat in people with alpha-gal syndrome, a food allergy caused by a tick bite.

In Spain, Matesanz explains, the authorization of the operation would not have come from the drug regulatory agency, as in the US, but from the ONT. “There it is treated as a product that they try to manufacture in series. It’s another war, ”emphasizes the nephrologist. Matesanz recalls that every year about 30 people (10%) die on the waiting list to receive a heart in Spain, although the real figure could be much higher if the requirements to be in that queue were relaxed. “If we had many more organs, more people would enter the waiting list,” says the expert. This is what has happened with the new antiviral treatments that have allowed people with hepatitis C to also be donors. “By having more livers, they began to transplant patients with other types of pathologies. If we have more organs, we transplant more organs. And that would happen with pig organs: much more would be transplanted than now, ”says Matesanz.

Pablo Ramirez, Head of General Surgery of the Murcian Hospital Virgen de la Arrixaca, believes that the initial indication for pig hearts could be “a bridge transplant, to give patients time in critical situations until the human organ arrives”, reports Daniel Mediavilla. Ramírez explains that in Spain there were already two xenotransplantation programs from transgenic pigs to baboons, in Murcia and A Coruña, but “the trials were stopped because survival was not enough.” For Ramírez, it could be time to reactivate the investigations.

Epic! Goku donned the Libra armor in a nifty fanart

The vessel “Akademik Ioffe” arrived at the port of Kaliningrad