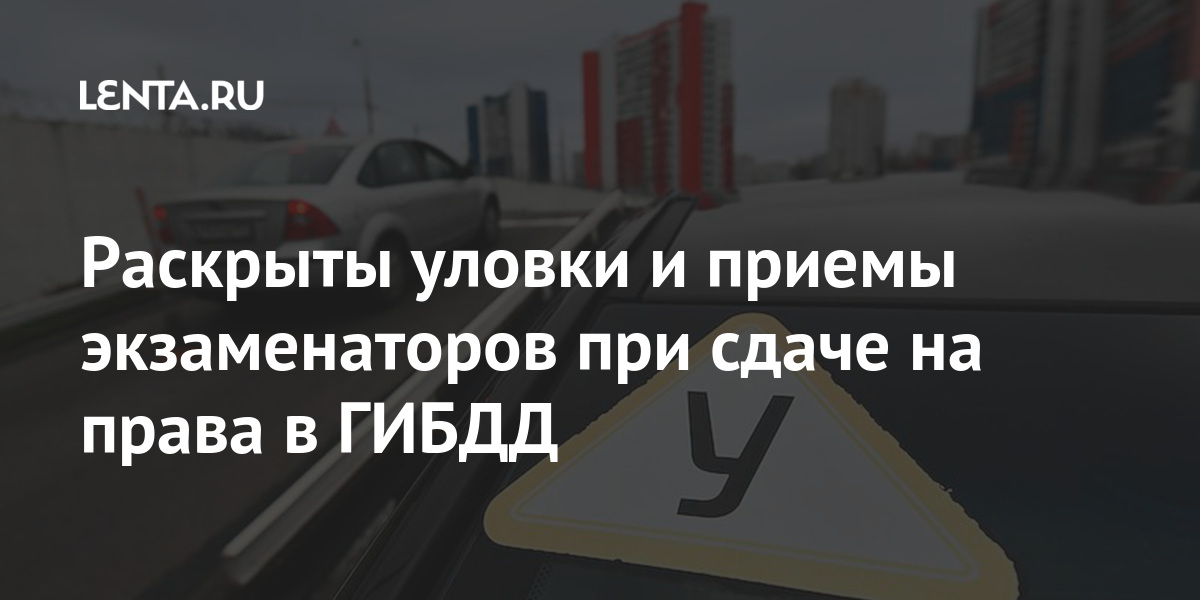 During practical certification for a driver’s license, examiners may use a variety of techniques to provoke or confuse the examinee. These methods reveal “Arguments and Facts”.

In some cases, traffic police officers may ask the driver to turn around in a prohibited place and see how the student responds to this trick. An erroneous maneuver is worth five penalty points, in which case the exam is considered a failure. The publication notes that a candidate for motorists should not be afraid of an inspector and persistently follow the requirements of signs and markings, clearly explaining their actions aloud. The latter will be useful if a controversial situation arises when summing up, since DVRs with audio recording functions are installed in each machine.

In the case of pedestrian crossings, always slow down and look carefully at both shoulders. If a pedestrian appears, he should be skipped, commenting on what is happening for the examiner. If a passer-by is clearly not going to cross the road, you can go through.

Failure in attestation may await a candidate at an unregulated intersection if the priority rules are violated, here you need to look at the signs and, if they are absent on equivalent roads, remember about the “right hand obstacle rule”. Also, at intersections, students often repeat the mistake of other drivers and cross the stop line under a flashing green traffic light. This error is worth three penalty points.

The student should pay attention to public transport at stops, which has priority. The driver receives five penalty points for trying to overtake a bus leaving the stop. At the end of the exam, it can fail if you park in the wrong place.

New implications for the murder of George Floyd

Corona in Germany: RKI boss Wieler paints a gloomy picture – “Can not be exterminated”

Hemodonation attends 20,443 blood donors in the first four months, more than 2,600 of them new