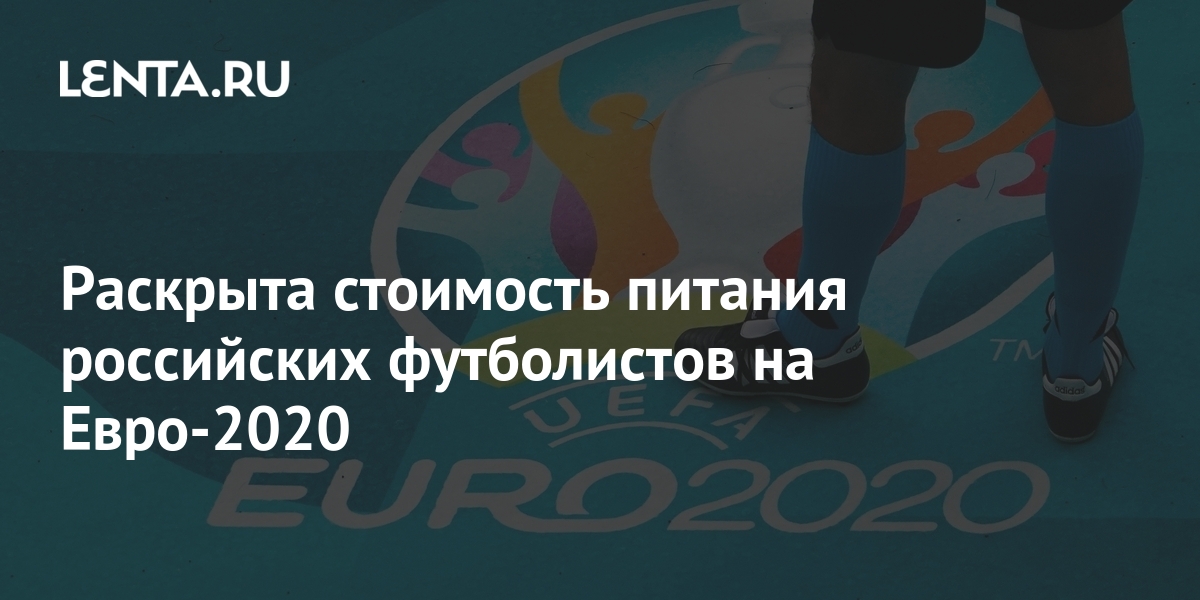 Experts have revealed the diet of Russian footballers for Euro 2020 and its cost. The menu of the Russian national team was studied by analysts from SberMarket and SberZdorovya, the results were published by Rossiyskaya Gazeta.

Experts have calculated the ration of the players in the normal mode and on the eve of matches. It turned out that during the training week, food will cost 1.6 thousand rubles less than at the training camp before the game.

On average in the country, a weekly set of products for a football player costs 2.3 thousand rubles. This amount includes breakfast (oatmeal porridge, boiled eggs, whole grain bread and juice), lunch (soup, meat with vegetables, fruits and pastries) and a snack made from fermented milk products, fruits and pastries. Also, the price included dinners, consisting of a small portion of pasta, vegetables and fruits, drinks without sugar. Every day the player should receive 3-3.5 thousand kilocalories.

The week before the competitive match, training becomes more, during this period the athlete needs up to five thousand calories per day. Nuts, olive and vegetable oils, legumes and fried meat are added to the diet; during this period, food will cost 3 thousand 892 rubles.

Earlier, Russian President Vladimir Putin reacted to the victory of domestic footballers over the Finnish team at the European Championship. The head of state spoke at a press conference following the summit with US President Joe Biden in Geneva. “Congratulations, great fellows,” Putin said.

The Russian national team after two rounds at the Euro group stage has three points in the asset. In the last round, the team will meet with Denmark on June 21, a draw may be enough for it to enter the playoffs. The European Championship will end on July 11.