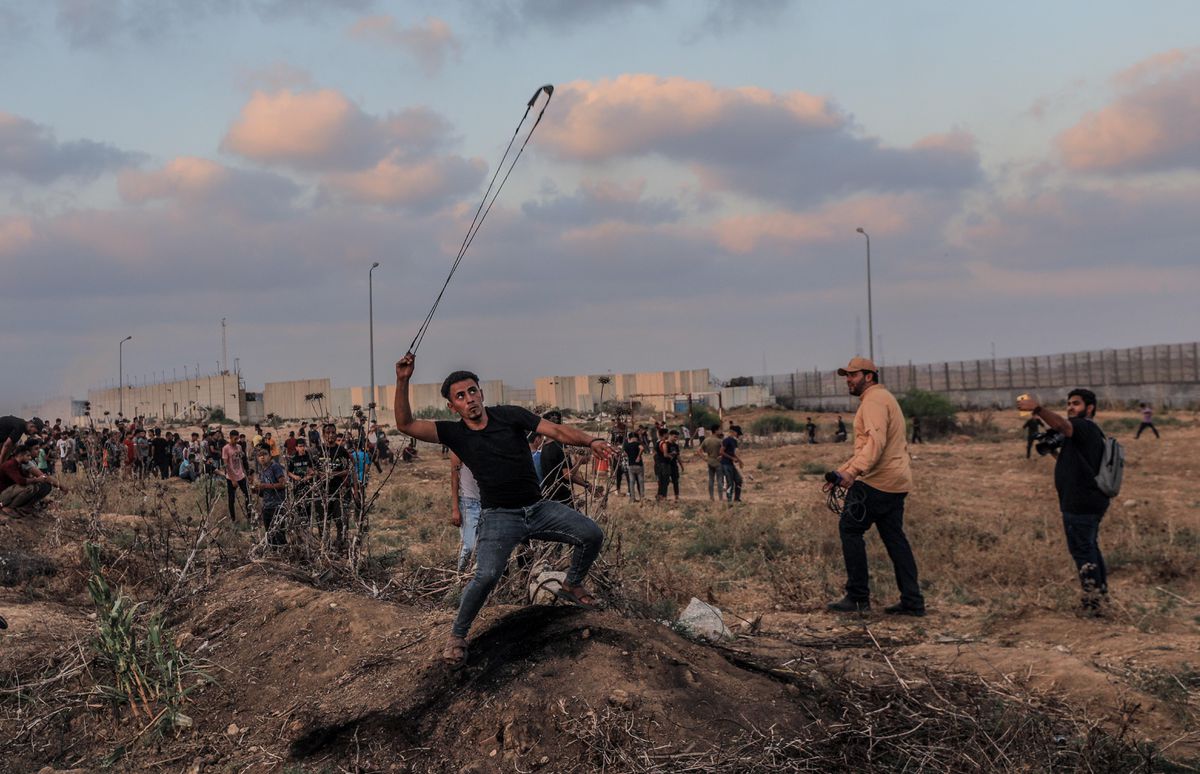 The Israeli combat aviation has bombed in the early hours of Sunday Hamas military positions in the Gaza Strip in response to Saturday’s protest marches on the border of the enclave. In the incidents, 41 Palestinians were wounded by gunshots, including a 13-year-old boy who was shot in the head, as well as a sniper from the border police (militarized body), who is hospitalized in very serious condition after being attacked. with a gun. The return of the demonstrations in front of the dividing line threatens to unleash new confrontations after the ceasefire reached three months ago between Israel and Gaza’s Islamist militias, which put an end to a military escalation that lasted for 11 days and caused the death of 250 Palestinians and 13 Israelis.

The outbreak of violence occurred despite Israel’s announcement last Thursday that it once again authorized Qatar to send humanitarian aid funds to the population of Gaza, which had been blocked after the fighting in May, the most intense on record. in the Strip since the open war of 2014.

Between March 2018 and December 2019, thousands of Palestinians demonstrated every week on the border of the coastal enclave to demand an end to the Israeli blockade, imposed in 2007 after Hamas took power in Gaza, and the right of return of the refugees. More than 300 Gazans lost their lives as a result of Israeli sniper fire during the wave of mass marches.

The protests have resurfaced on the eve of the first official visit to the United States by the head of the Government, Naftali Bennett. Contrary to normal practice, the Israeli government refrained from ordering retaliatory action last Monday for the launch of a rocket from the Strip – the first in almost three months and which was intercepted by the Iron Dome defensive system – in an attempt to curb the tension before the meeting at the White House scheduled on the 26th.

The Palestinian factions in Gaza have announced in a statement released this Sunday that they will continue the protests at the separation fence. “Israel must assume its responsibility for the delay in reconstruction and the lifting of the blockade,” they warned. The deal with Qatar to re-send relief funds ($ 100 a month) to 100,000 needy families included financing the supply of fuel to the Strip’s only power station. This is not the case with the payment of salaries for officials under the Hamas Administration, which has been blocked by Israel. The entry of materials for the reconstruction of the more than 2,000 homes destroyed or damaged by the May bombings has also been limited,

The negotiation of a definitive truce between both parties, with the mediation of Egypt and the United Nations, continues to be stalled on the obstacle of the return of two Israeli civilians captive in Gaza and the remains of two soldiers killed during the so-called Operation Protective Edge, in the summer of 2014. Hamas demands in exchange the release of hundreds of Palestinian detainees in Israeli jails.

Following the bombing of four Hamas factories and weapons warehouses, the Israeli Army has stepped up its deployment around the Gaza Strip. Defense analysts of the Hebrew press They do not rule out further reprisals if the border policeman who was shot in the head from the enclave, whose condition is critical, loses his life.

Faced with the repeated launching of incendiary and explosive balloons from the Gaza border into Israeli cultivated areas, the government headed by the ultranationalist Bennett for just over two months, in a coalition that includes a pacifist party and another Islamist, has had to balance to avoid a resurgence of confrontations while seeking a rapprochement with Egypt and preparing to receive in Washington the accolade of President Joe Biden.