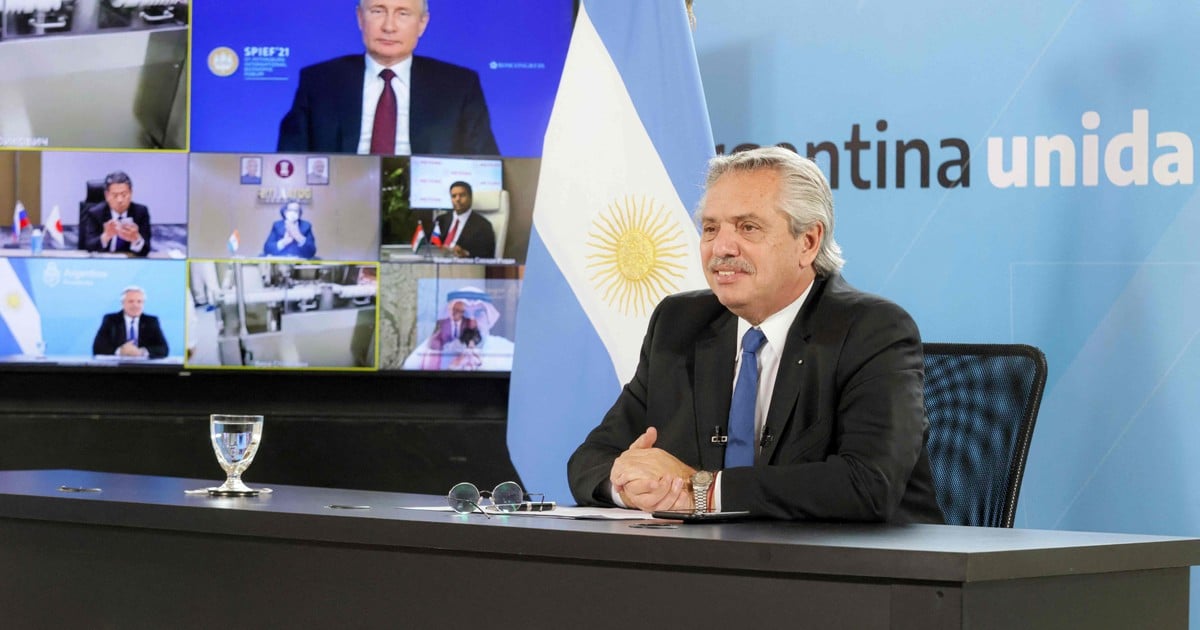 Alberto Fernández has insisted for weeks with the approval of the law that establishes the management of the pandemic and contemplates the measures to be adopted based on an “epidemiological traffic light” that divides the country into zones according to the health situation. In private, he denies the opposition’s rejection and, in particular, the label that has been assigned to the project. “Not only does it not give me ‘super powers’, but it limits me”, he was heard to say in the last hours. And that is the phrase that is repeated in the Casa Rosada given the delays in the advance of the initiative that would force the President to sign a new decree of necessity and urgency to renew the isolation measures.

Although the priority is the sanction of the law ─which has already been approved by the Senate─ and the head of state exchanges periodic messages with the parliamentary swords to internalize about the issue in the Chamber of Deputies, the Government is already thinking the scope that the DNU could have, taking into account that the current one expires on Friday, June 11 and the margin was narrowed.

It is an unexpected situation, since the Government sent the project on May 11 with the expectation of printing an express procedure so that “each governor is held accountable”. In fact, it was initially disclosed that the intention is for it to be approved before May 21, when Alberto F. decreed the current measures, with 9 consecutive days of strict confinement and phase 1 during the weekends.

But the fierce resistance of Together for Change and some differences – underground, but symptomatic – of some governors aligned with the ruling party delayed their advance. In an election year, not only does the opposition not want to give up the chance to have the last word on the restrictions. Thus, in the run-up to the last week of validity of the decree, the Government faces a similar situation.

The wish of the head of the Chamber of Deputies, Sergio Massa, and the head of the Frente de Todos bloc, Máximo Kirchner, is that an opinion be obtained between Monday and Tuesday in a plenary session of the Health and Constitutional Affairs commissions. But, as the ruling party does not yet have the number to guarantee its approval – it lacks between 3 and 6 wills – in Balcarce 50 they do not want to force things. “If it doesn’t come out, there is no problem: Alberto will sign another DNU based on the same project axes“They are cut short, relativizing the debate, in an attempt to disorient the opposition.

In any case, with law or DNU, there will be changes from June 12. Except for an abrupt jump in the contagion curve, there will be no phase 1. In the Government, in line with the diagnosis made on Wednesday by the Minister of Health, Carla Vizzotti, they speak of a “slight drop” in the number of cases, beyond that they warn that the percentage of occupancy of intensive care beds remains at a very high plateau.

From the Province, whose definition it is always key in the decisions made by the President, agree that there was a decrease, although they emphasize the importance of releasing the data until next Thursday. “The health system has nothing left over. For now it has not overflowed but it was because measures were taken in time,” they say.

The balance on the level of compliance with the 9 days of strict isolation differs between what is said publicly and what is admitted in private. “There was a good compliance and less circulation was noticed … It served to slow down a bit, but after a year and a half it is difficult to be total”, says a man of extreme confidence in Fernández, describing a “social wear”. And that is where it is explained why the possibility of maintaining strict closings only on weekends is analyzed, even in areas of epidemiological alarm.

They understand in the Government that in this way, together with the limitation in night circulation, social gatherings, considered the main cause of contagion, are more effectively controlled. “A strict closure on Saturday and Sunday can be an alternative to affect the economy as little as possible”, reasons an official who is convinced that with the advancement of the vaccination plan “now it is possible to start asking for the last effort”.

In this context, the idea that, as of June 14, the model of this last week is replicated: from Monday to Friday more openings, including some restricted activities in the current stage, and during the weekend more restrictions strong and not “waste” the tool to apply the strict and limited quarantine. As long as the case curve is not triggered again. In that case, the clarification from the President’s surroundings is always: “If (Alberto) has to press the red button to save lives, he will do it.”