Restrictions The metropolitan area drifted into the worst phase of the coronavirus, but it will not affect “the operation of the beer cup or pub at all” – new restrictions on restaurants possible next week 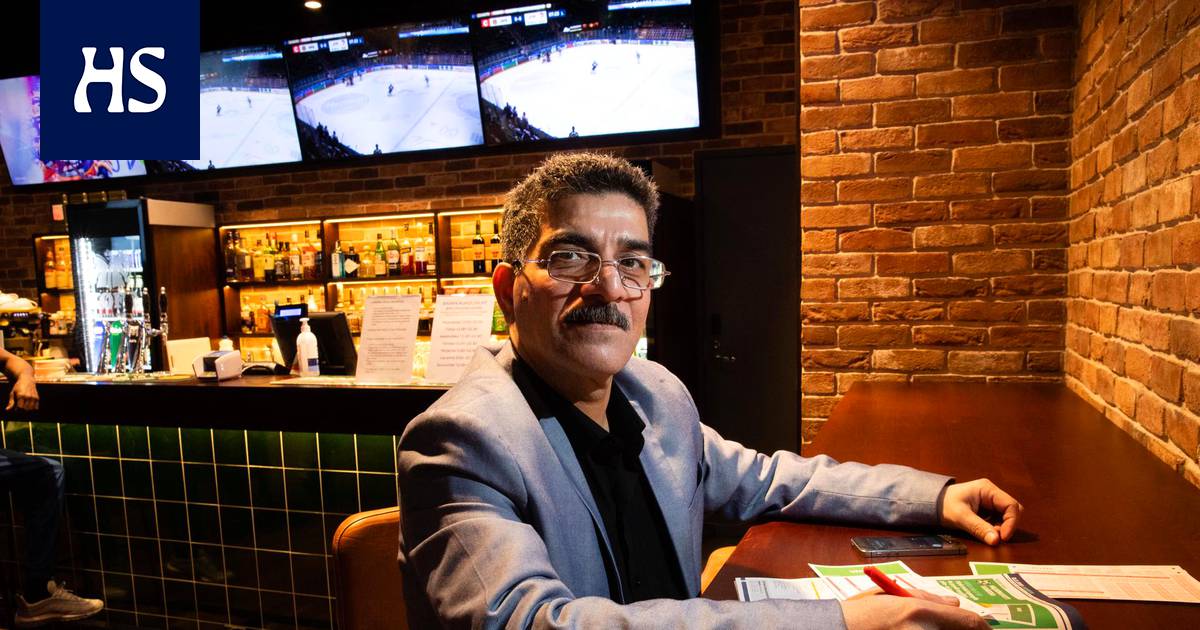 The Helsinki Metropolitan Area Coordination Group declared Uusimaa to be in the spread of the epidemic, but restaurant restrictions are now in the process of accelerating.

The metropolitan area according to the corona coordination group, the area entered the epidemic phase on Thursday. The Helsinki and Uusimaa Hospital District (Hus) area will arrive on Monday new restrictions and recommendations, which cover, inter alia, hobbies, public events and the use of masks.

Finland has defined three different stages for the coronavirus. The spread phase is the worst of them.

Read more: If the coronavirus reaches the spread stage, can the provinces be closed again? HS sought answers to questions about the stages of the epidemic

The proclamation of the spread phase will bring the mayor of Helsinki Jan Vapaavuori according to changes in restaurant operations, but not quite immediately.

“The dissemination phase and its declaration should also mean changes in restaurant operations, but these will be regulated in more detail by a Government decree,” Vapaavuori said at the coordination group’s press conference.

On Friday, HS did not reach the government council responsible for restaurant restrictions in the Ministry of Social Affairs and Health Ismo Tuomista to comment on when Uusimaa’s restrictions may be tightened.

Head of the Alcohol Administration Unit of the Regional State Administrative Agency of Southern Finland (AVI) Riku-Matti Lehikoinen estimates that it will no longer be possible to reasonably tighten Uusimaa’s restaurant restrictions.

“Of course, it is entirely possible that some blackmail may come from the Government, but I would see that these restrictions are already quite strict. When the screw is tightened with the decisions made today, it is good to see how it affects the whole, ”Lehikoinen tells HS.

“To my knowledge, no chain of infection has left restaurants in the metropolitan area for several weeks.”

The Mayor of Espoo, Jukka Mäkelä, and the Mayor of Vantaa, Ritva Viljanen, also spoke at Friday’s press conference:

In these provinces, bars are open for drinks from 7 am to 10 pm. The bars are open 24 hours a day, except for one hour from 23:00 until 24:00. This hour has been called the “crown hour,” after which the bars become night cafes.

Read more: The restaurant manager who runs the night café explains what it’s like to go to the streets of Helsinki during the closed “corona hour”: “It takes time to empty the hotel minibar”

Food restaurants are allowed to be open in the acceleration phase areas from one in the morning to midnight. The dispensing time is the same as in the bars, but three-quarters of the customer seats may be used.

“The basic cabbage cup or pub job is not affected at all by this decision,” says Lehikoinen, the regional government agency.

In his opinion, there would be no need for additional restrictions in this situation either.

Instead, he would like restrictions on the operation of night cafes from the government.

“That I am worried about the activities. In my opinion, the Government should consider whether changes are needed. ”

Restrictions on restaurants have varied during the corona year.­Picture: Antti Aimo-Koivisto / Lehtikuva

The metropolitan area the corona coordination group decided that from Monday, a maximum of 20 people will be allowed to attend indoor public events in the Hus area. Public events refer to all sporting events, concerts and other occasions.

“The normal operation of restaurants is not an activity that can be classified as a public event,” says Lehikoinen.

Instead, the headaches for the authorities are caused by events at restaurants with performers and an entrance fee.

“For example, there is almost always a DJ playing in nightclubs and some kind of entrance fee. Such activities can be considered normal restaurant operations. If the nightclub, on the other hand, has someone with a top DJ and clearly more expensive tickets than normal, it can be considered a public event. Then it is subject to restrictions on public events, ”says Lehikoinen.

“That definition is by no means a precise limit.”

Southwest Finland, Pirkanmaa, Kanta-Häme and Ostrobothnia are currently in the process of accelerating the epidemic. New Zealand has thus now been declared a stage of spread, which is the most serious on the three-stage scale of the epidemic.

During the spread phase, the incidence of infections is more than 12–25 cases per 100,000 inhabitants per week and at least 18–50 cases in two weeks. In addition, the daily growth rate of cases is over 10 percent, the proportion of positive samples is over 2 percent, less than half of the sources of infection are traceable, and the need for hospital and intensive care is growing strongly.

Recording of Hus’s Friday press conference on the situation of the coronavirus epidemic:

BigMac on china soon? Is the big fast food bang coming? – Advance by the Environment Minister

BigMac on china soon? Is the big fast food bang coming? - Advance by the Environment Minister

India-China Standoff: Is China lying in preparation for war, lying on border dispute? LAC on radar