Restrictions The first customers waited on the terraces of Helsinki before nine in the morning: “Yes, this has been expected” 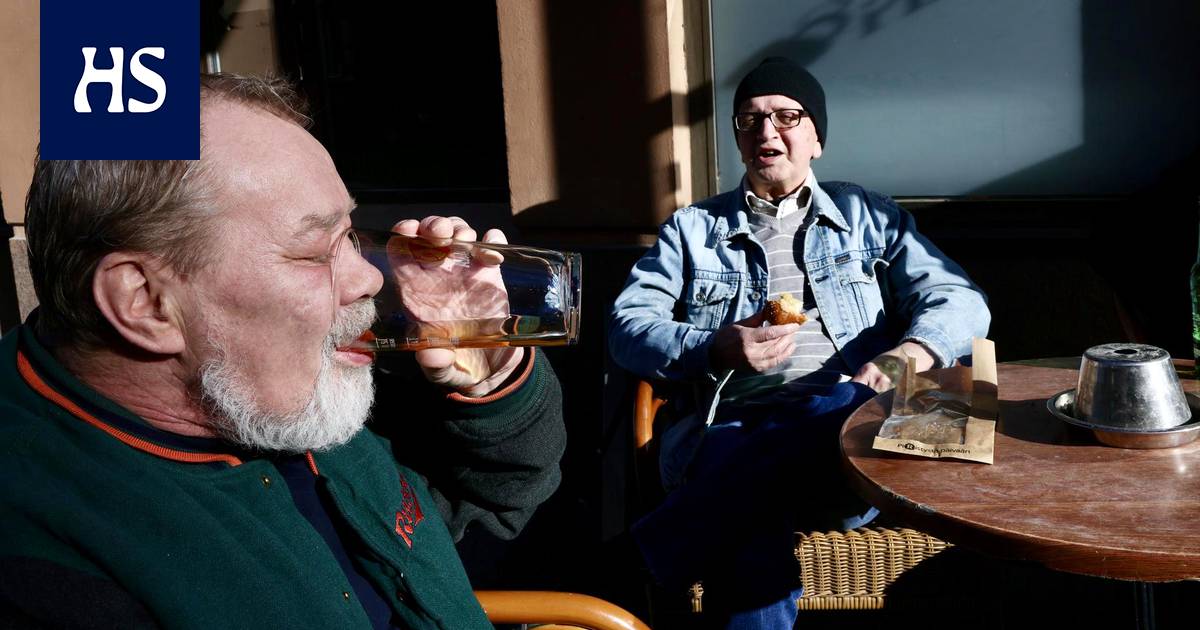 Restaurants were able to open their doors across the country on Monday morning after six weeks of closure.

“This is expected! ”he commented Timo Marjatsalo restaurant on the terrace of Siima Bar on Vaasankatu.

Marjatsalo had come to the terrace of a restaurant in Alppiharju, Helsinki, together with his friends from nine in the morning. The party was enjoyed with beer, donuts and coffee. The weather today favors the opening of the terrace season, because in Helsinki the sun shines with full blade.

The fishing line bathed in the sunshine during the opening.

“I guess I won’t be there for two minutes,” Marjatsalo said.

On Vaasankatu, known as a lively restaurant street, chairs and tables had been brought to the front of other restaurants as well. In the morning, however, the crowd was still rarely seen. There were also restaurants on Helsinginkatu right from the morning.

Sofia Sohlberg (right) and Anna Ahdekivi had arranged a date on Helsinginkatu on the terrace of Meli Cafe & Bakery as soon as the bar closed on Monday morning. From the terrace they headed for remote lectures.­Picture: Sami Kero / HS

Friends Sofia Sohlberg and Anna Ahdekivi had agreed to meet for morning coffee before the remote lectures. They both study environmental ecology at the University of Helsinki.

Spring has been lonely between distance schools and its limitations.

“He has longed to be able to get to libraries to study with friends. It’s been awkward when we’re in our own studios and haven’t been able to see friends, ”Sohlberg said.

“Two weeks ago there was still a completely different feeling than now. Now it is confident that yes this is this, ”Ahdekivi said.

Helsinki The Slaughterhouse in Hermann had the mood to do in the morning. Several restaurateurs prepared to open their terraces for lunch.

The B-Side Bar’s terrace provided a return on next week’s opening hours and last-minute cleaning.

“It’s a pretty good feeling here. We are now open three hours a day, of which two hours are serving, ”says the bar’s partner Vesa Virtanen.

On weekends, the bar doors are scheduled as early as noon.

The bartenders who were starting to clean the terrace said they had been laid off throughout the lock. Now the work is known within the limited opening hours.

On Monday morning restaurants were able to open their doors across the country after six weeks of closure. However, restaurant opening hours are limited in the worst areas of the coronavirus epidemic.

In restricted areas, on-site restaurants may be open until midnight and eateries until 7 p.m. Alcohol service must end at restaurants at 5 p.m.

Half of the customer seats are used in food restaurants and one third of the seats in on-premises restaurants.

Not all restaurants open their doors today, even if it were possible. Tourism and restaurant interest organization MaRa has evaluatedthat some at least dinner restaurants and pubs will remain closed because strict restrictions will not allow profitable business.

In the morning, Mitri Maarajärvi swept the terrace of the Slaughterhouse’s B-Side Bar.­Picture: Sami Kero / HS

Hitchhiker is now available on Xbox

A shocking statement by Abu Ahmed about the Renaissance Dam