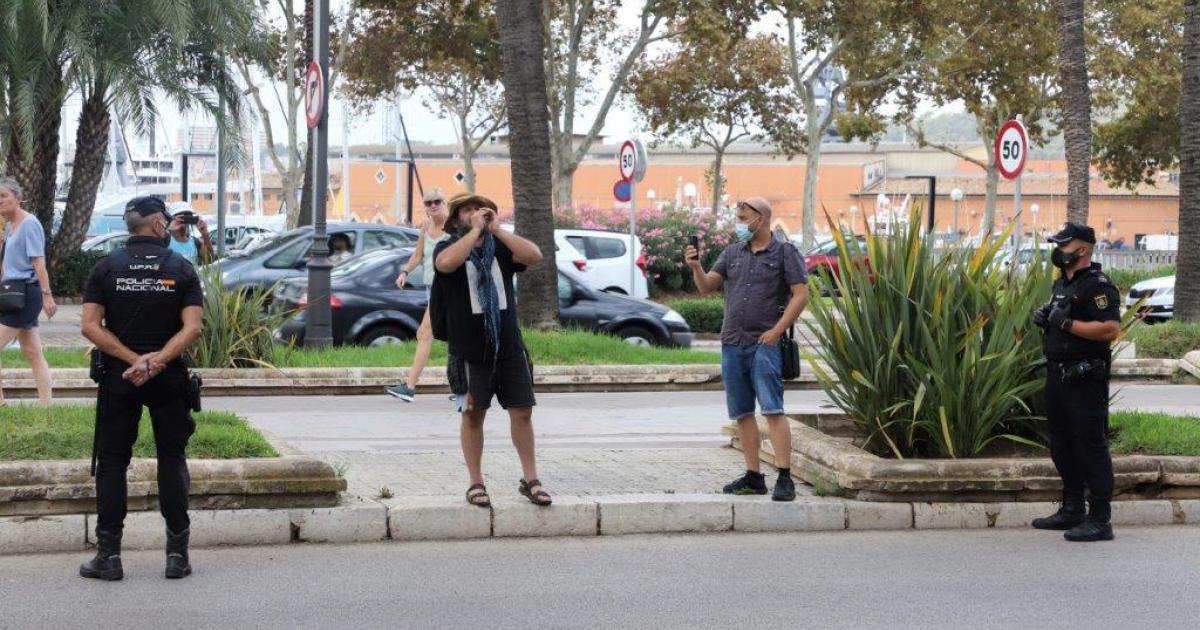 Victor Sánchez, organizer of Thursday’s protest against ongoing restrictions affecting bars and restaurants, says that he will stand for Mayor of Palma at the next municipal election in order to “remove” current politicians.

Sánchez, the leading figure in earlier protests against what were much tougher restrictions (including total closure), didn’t say which party he would represent but that it would be one “of the people”. Some weeks ago, he did in fact announce that he had joined Aina Aguiló’s party, Sumam; Aguiló is a former member of the Popular Party.

“I’m going to do it. I’m going to get them out of there, first the mayor and then the party which has brought us to where we are. Nominations for all posts.”

He was speaking at the Thursday protest by the Balearic government’s Consolat de Mar headquarters. Undeterred by the fact that only three people showed up, he went on to propose the creation of a ministry for restaurants. At present, restaurants and hospitality are “subjugated to tourism”. “The hotels open, but the hospitality industry is just a complementary offer, and we don’t get anywhere.”

The RBC Mallorca association of restaurants, bars and cafeterias, which is affiliated to the Pimem federation for small to medium-sized businesses, declined to take part in the Thursday protest. The association “neither supported nor criticized” the protest, but it didn’t agree that it was the best way of getting messages across to the government and others.

President Eugenia Cusí said that the association had opted for “working with the institutions to achieve clear and concise objectives”. She wants a “permanent dialogue table to deal with issues before things happen and not once they have happened “.