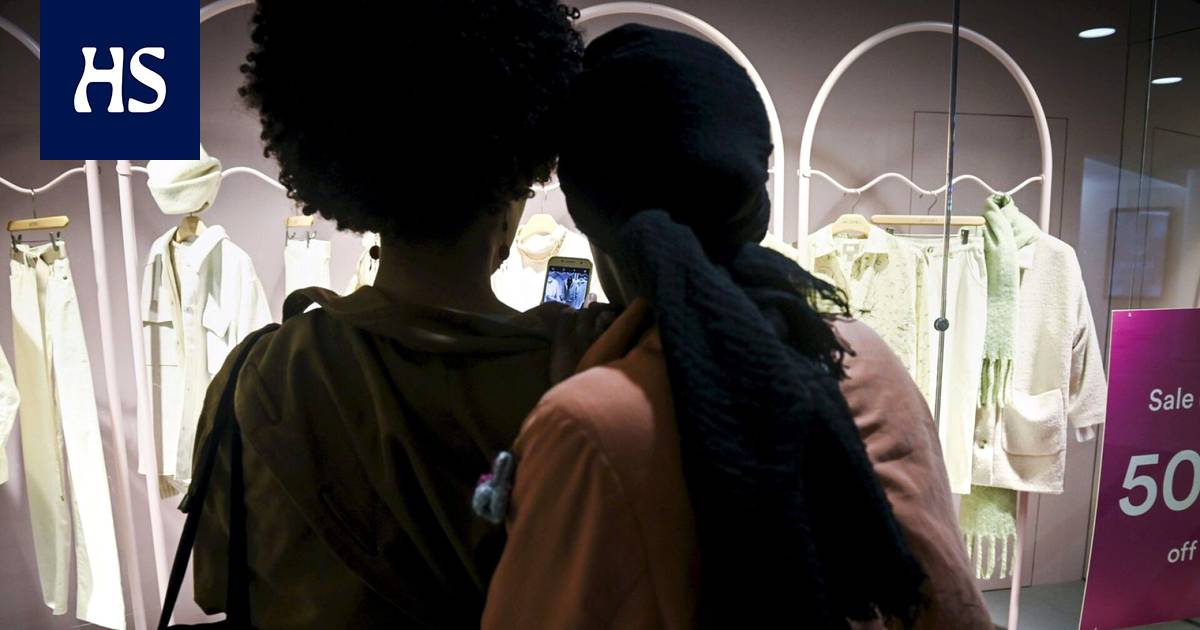 Reducing emissions and increasing the use of recycled materials have so far been superficial, the organization said in a report released Wednesday.

NGO In its recent report, Finnwatch demands more environmental action from the clothing and textile industry. Among other things, the organization criticizes the industry for making clothes with fossil fuels and for problems in forecasting demand that cause losses. The fibers used in clothing also hardly recycle into new clothes.

Reducing emissions and increasing the use of recycled materials have so far been superficial, the organization said in a report released Wednesday.

“In climate action, the emphasis has been on direct emissions from our own operations, although the largest emissions are generated in the subcontracted production of clothing,” the report says.

According to the report, the sector exploits waste streams from other industries, but instead, end-of-life clothing should be recycled into new clothing.

“The use of recycled material receives a lot of attention in marketing, but it is mainly a matter of using used plastic bottles as a raw material for the polyester used in clothing,” says Lasse Leipola, the organisation’s climate expert.

See also  Afghanistan | A suicide bomber killed a priest who supported the Taliban in Afghanistan, the bomb was hidden in an artificial leg

The circulation of materials used in clothing to new clothing is still very undeveloped, and the report deplores the fact that not enough production waste is being utilized.

All in all, Finnwatch states that making the environmental impact of the clothing and textile industry sustainable requires a rapid and substantial change in the way products are manufactured and a reduction in production volumes.

Managing Director of Finnish Textiles & Fashion Marja-Liisa Niinikoski points out that the willingness and ability of companies to work to develop climate-friendly production varies, but that some players are well aware of, for example, the production methods of the raw materials they use.

Niinikoski considers digital solutions to be relevant when the operations and production methods of subcontractors are improved.

“Together with the Technology Industry, we are developing the concept of a digital product passport. There’s a lot of data to manage, so the digital solution helps ”to get from a handheld to an authenticated and traceable value chain.

According to Finnwatch, China’s share of international clothing exports has fallen somewhat as the country’s wage level has risen. Emerging production countries include Bangladesh, Turkey and Vietnam, as well as Ethiopia and Honduras.

Finnish Textile & Fashion member companies have commissioned clothing in the Baltic countries, Turkey and India, among others, says Niinikoski. Concentration of production countries can cause difficulties for companies, which is why production could move back to Europe, he thinks.

“If, globally, all players have only certain producing countries, there is a huge risk involved in crises such as the corona pandemic. Therefore, we see a shift in the decentralization of production. My own assessment is that more will be done in Europe in the future.

Its own question is the adequacy of a skilled workforce.

“Would you find enough labor in Finland, for example, to sew technically demanding products,” asks Niinikoski.

Correction 10.2.2022 at 21.15: Due to an interpretation error in Finnwatch’s report, the article incorrectly stated that according to Finnwatch, China’s share of international clothing exports has decreased significantly as the country’s wage level has risen. In reality, China’s share has fallen somewhat.

See also  Profit Exchange The Finnish team rejoiced in Niskanen's bronze on Sunday, but the snowboarders were lucky on the slopes - Here are today's results from the Olympics