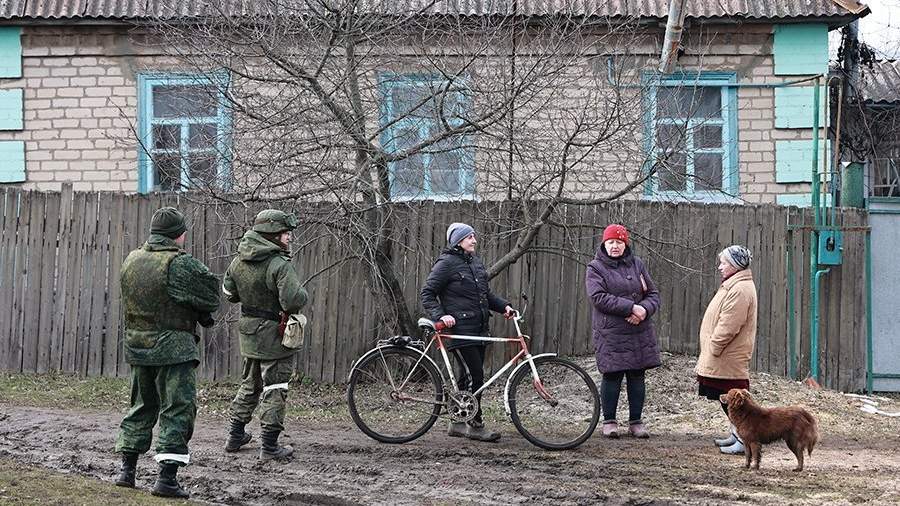 The Izvestia correspondent found out how the locals lived in the territories of the Lugansk People’s Republic previously controlled by Ukraine, before they were occupied by the People’s Militia (NM) of the LPR, and what the Armed Forces of Ukraine (APU) left behind.

“In 2014, the national battalions, the Right Sector (the organization is banned in Russia) came here, who were not there. Many people got hurt. A woman from work was walking, talking on a cell phone, they: “Come here, you are a gunner [артиллерии]”. They took her away and took her “to the basement” in Svetlichnoye, I don’t know what they did to her there, she doesn’t talk about it. My neighbor – who lives across the house – was riding a bicycle, and he was accused of the same thing, they took him away. They strangled him, beat him, then took him to Severodonetsk and mocked him there. A civilian, he suffered for nothing, ”says Igor, a resident of the village of Krymskoye.

See also  kyiv, capital of Ukraine, runs out of water and electricity after Russian attacks

According to him, after the departure of the Armed Forces of Ukraine, the residents felt free.

“Our nearest village, Sokolniki, was wiped off the face of the earth for several years of hostilities, not a single person lives there now,” says the official representative of the NM of the LPR.

Under the Ukrainian authorities, the streets of the village of Krymske were renamed. They changed the signs on the central Lenin and the parallel Oktyabrskaya. The flag of Ukraine was painted on each electric pole. However, the local population managed to preserve the memorials to those who died in the Great Patriotic War. Such a picture could be seen in the village of Lugansk, and in Novoaidar. They have not yet had time to “decommunize”, according to the new Ukrainian laws. According to local residents, the situation in large cities is already different. There, even sculptures of Russian cultural figures have been removed from the pedestals.

The main problem of the liberated territories is the lack of electricity. The Lugansk thermal power plant in the village of Shchastya, the main one in the region, was stopped in February due to increased shelling, even before the start of a special operation to protect the regions of Donbass. Haven’t been able to launch it yet. According to representatives of the NM of the LPR, the mines that were laid during the retreat by the Ukrainian army remained on the territory of the power plant.

US billionaires suspected of insider trading in takeover of gaming giant