Residents of Ufa asked Sobyanin to annex their city to Moscow 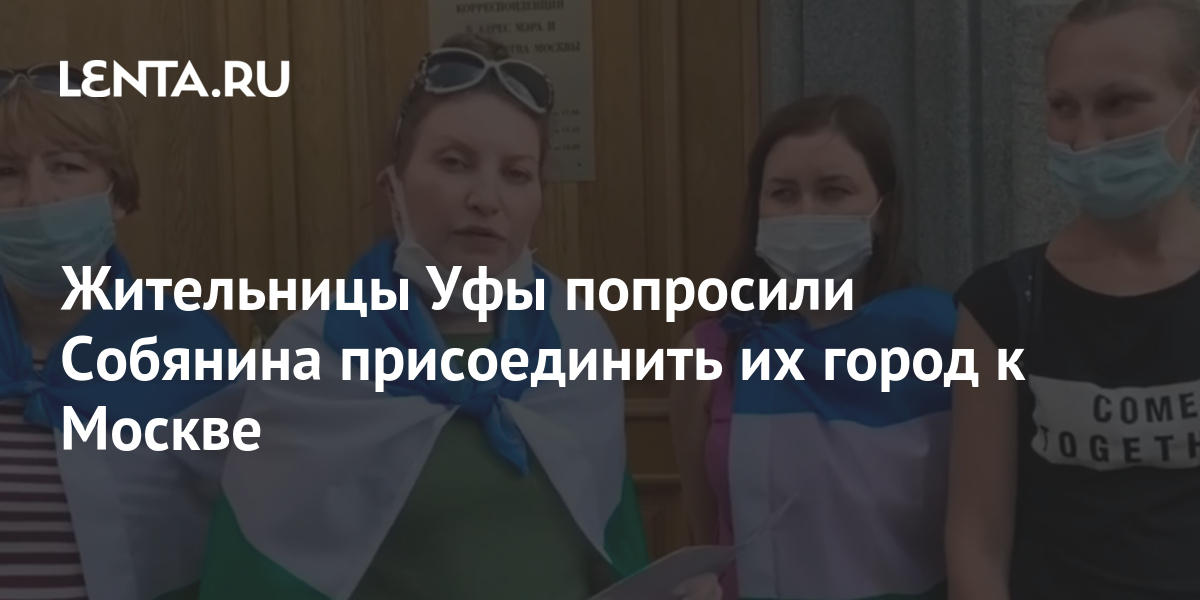 Residents of Ufa appealed to the mayor of Moscow, Sergei Sobyanin, with a request to annex their city to the Russian capital. They argued their position by the order that the head had brought in Moscow, the publication “Podyom” reports.

Activist Alla Yakovleva recorded an appeal on one of the streets of the capital. In the video, a woman is standing with the flag of Bashkortostan on her shoulders, and in her hand she is holding “Bashkir gifts” – a skullcap and a chak-chak. According to a resident of Ufa, she wanted to “express her request that Sergei Semenovich would try to unite the city of Ufa with the city of Moscow.”

The proposal to join the activists was argued by the successful activities of Sobyanin as the head of the city. The women noticed that the mayor “was able to put things in order with construction sites, roads and other problems in Moscow.”

In November 2020, residents of the Perm village of Kosoturikha recorded an appeal to German Federal Chancellor Angela Merkel with a request to repair their road. They proposed to connect the problematic section to the German road system and build a new highway there. The residents explained the choice of Germany by the high quality of German roads.