Residents of Sevastopol complained about caterpillars “eating the city” 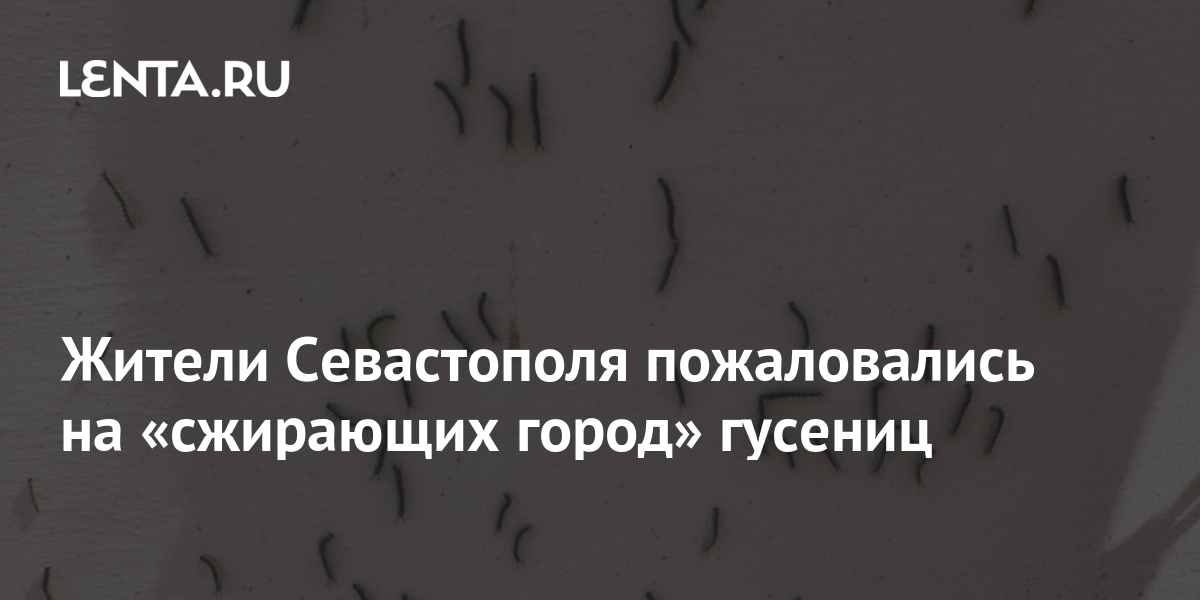 Sevastopol was overrun with caterpillars. One of the local residents in the “Black List Sevastopol” community in the social network told about the invasion of insect larvae “In contact with”…

The woman posted several pictures showing hundreds of caterpillars crawling along the walls of residential buildings. She also captured the plants eaten by the larvae.

Global warming is burning the planet with fires. Why is humanity inactive?

“I would like to ask the government a question: tell me, does anyone pay attention to the fact that the city is being eaten by caterpillars? And what measures are used to combat pests, ”wrote the Crimean woman. In the comments, another resident complained that “these caterpillars, as long as there is an American butterfly, will devour all the trees that are already visible in the city.” “Our caterpillars have devoured two trees, now they have even reached the sophora, they eat in the evening so that it’s crunching, the caterpillars crawl along the walls, even if you don’t open the windows,” another woman complained.

Some, however, reacted calmly to the published photos, noting that the caterpillars would soon turn into beautiful butterflies. “Lord, well, every year this is the norm, calm down. Are you not local? ”- wrote one of the forum participants.

In early summer, Russians were warned of an invasion of “mosquito-tigers” on the Black Sea coast. The expert said that they carry dangerous diseases: chikungunya, dengue and Zika fevers.