Resident Evil 3: The board game arrives in October, just in time for Halloween 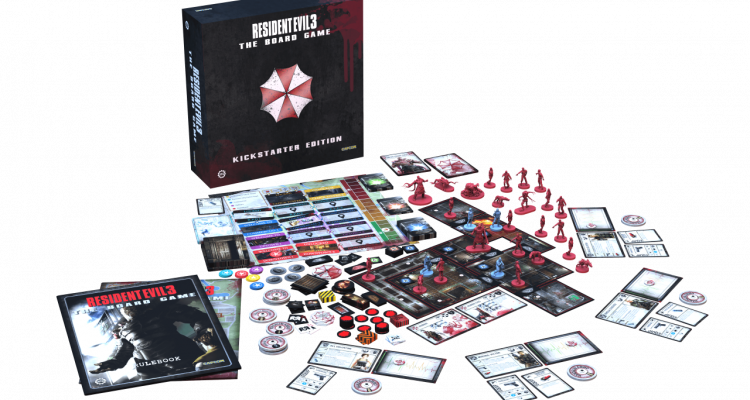 If you want to spend an alternative Halloween with friends and you are a Resident Evil fan, you will be happy to know that Steamforged Games announced that the Resident Evil 3 board game will debut in stores at next October 21.

The board game will be based on the original version of Resident Evil 3, released way back in 1999. The game is designed for a maximum of four players who will have to work together to save their skin. It will be possible to play as Jill Valentine, Carlos Oliveira, Mikhail Viktor or Nikoali Ginovaef. Each of them has a set of custom rules, based on the character and background of the virtual counterparts.

In the game you will have to explore various iconic scenarios such as the Raccoon City Police Station and the Clock Tower. As the game progresses the danger level of the city will increase, making enemies stronger, which obviously includes zombies at will and the Nemesis. To escape from Raccoon City it will be necessary to gather resources and make difficult decisions, in what is described as a dungeon crawler, with “open world” elements.

Resident Evil 3: The Board Game will be available starting from 21 October at the recommended price of 94.95 euros, you can book it right now on the official website of Steamforged, which you can reach to this address. A price all in all right if we think that in the package there are 28 miniatures full of details, 208 cards and 21 game backgrounds.

If the survival horror genre is not for you and you are a fan of Sora, Goofy and Donald, then Kingdom Hearts: Perilous Pursuit is the board game for you.