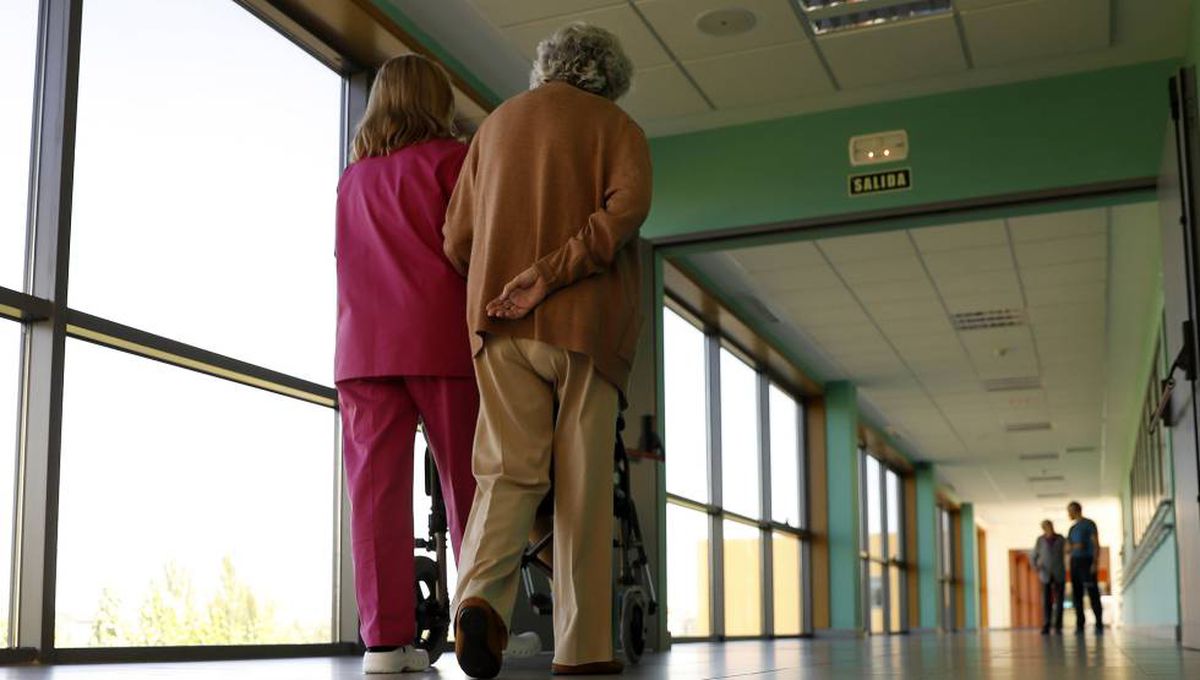 Dementia affects 50 million people worldwide. About 10 million new cases are registered each year, according to the World Health Organization (WHO). Different studies have linked the patterns and duration of sleep with the risk of suffering from dementia after a certain age, but the causes of the disease remain a mystery. Now a report published in the magazine Nature Communications With data collected over 25 years, it highlights the relationship between sleeping less than six hours a day from the age of 50 and the risk of suffering from some type of dementia upon reaching 65 years of age.

7,959 Britons between 50 and 70 years of age participated in this experiment, who since 1985 have voluntarily provided information on how much they slept. Some of them used different smart bracelets or electronic devices to measure their sleep and confirm the data. Further analysis of these details led the researchers to establish a consistent relationship between a low number of hours of rest and a higher risk of developing dementia by age 65. “This association is not explained by mental disorders and other chronic conditions that are known to be linked to dementia,” said Séverine Sabia, a professor at the University of Paris and one of the study’s authors, by mail. In addition, the same researcher assures that these data were confirmed in a subsample of the study, for which they used an objective measure of sleep duration.

During the research, factors such as age, gender, ethnicity and education were taken into account, which have been shown to affect the risk of suffering from dementia and which had to be adjusted to avoid interfering with the analysis. The data showed that those 50 to 60 years old who slept six hours or less each night were at higher risk for some form of dementia. Those who consistently maintained this sleep pattern between the ages of 50 and 70 were 30% more likely to develop the disease, regardless of other factors such as heart conditions or other mental health problems. In the case of this study, when the database was closed, 6,875 participants had reached 70 years of age without suffering from any type of mental illness. Among them, 426 did show symptoms of the beginning of dementia.

Dementia is the deterioration of brain functions in older people. “We are talking about a group of diseases, although most of the cases are Alzheimer’s. That is why sometimes we name the whole for one part ”, clarifies Guillermo García Ribas, doctor of the cognitive impairment unit of the neurology service of the Ramón y Cajal University Hospital in Madrid.

Although it is not the first research of this type to be carried out and that yields similar results, “this study was carried out in a very large population group and with a very long-term follow-up, so it clearly corroborates previous studies” García Ribas assures. “It shows that there is a correlation between lack of sleep in adults and the development of Alzheimer’s disease,” says the expert by phone.

What does change between this study and those carried out previously is that, on this occasion, the researchers found no evidence to support the hypothesis that sleeping for a long time can also cause dementia in the long term. “The number of people with prolonged sleep patterns was small and did not allow a robust estimate of the relationship between dementia and these patterns,” says the text. For two previous studies, in which a group of people in their 70s were tracked sleep for 12 and 14 years, those who slept nine hours or more were also at increased risk of dementia. These same reports ensured that in order to have more accurate data, it would be necessary to start collecting them earlier and see how night rest could influence previous stages.

This study was carried out in a very large population group and with a very long-term follow-up, which clearly corroborates previous studies

Although early dementia is known to affect sleep-wake cycles, it is unclear how sleep cycles affect the onset of dementia. “After four or five years of having the disease, one begins to have sleep problems very frequently, such as early awakenings, micro-dreams and, sometimes, even daydreams. For example, it is relatively common in people with Alzheimer’s, ”says García Ribas.

Future studies will help to determine what role the elements associated with sleep (duration, level of alteration, sleep apnea, etc.) play when it comes to suffering from dementia in advanced ages, something crucial to face the disease and avoid the risk of suffering it. According to the calculations of the Strasbourg Parliament working group ‘Dementia as a European priority’, the number of people affected by dementia may double from the year 2050. In its latest report, it is noted that despite the progress made and the knowledge generated, people living with dementia continue to face a series of challenges. These challenges, which also concern society in general, include the social and economic cost of dementia. García Ribas sums it up like this: “It is important to become aware that a good night’s rest is health for our brain.”

Khalifa bin Tahnoun: Instilling the values ​​of Zayed in the souls of the children of the martyrs