Rescheduling the “supplement” of Ukraine and Scotland 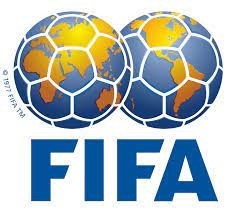 The International Football Association “FIFA” announced the rescheduling of the match between Ukraine and Scotland in the first semi-final of the European qualifying round for the 2022 World Cup in Qatar, on the first of next June.
Ukraine was supposed to be a guest of Scotland at Hampden Park on March 24 in the semi-finals of the first track of the European qualifying round for the 2022 World Cup, but the visiting team called on FIFA to postpone the match due to the Russian invasion of Ukraine.
Ukraine and Scotland fell within the first track of the play-off through which Wales crossed at the expense of Austria in the first semi-final, and thus will face the winner of the June 1 match in a final match scheduled for the fifth of the same month in Cardiff.
FIFA had also excluded Russia from the World Cup due to the invasion of Ukraine, and prevented it from participating in the play-off against Poland, which later qualified for the finals by defeating Sweden.
“The rescheduled matches led to the UEFA Nations League calendar being amended for some matches in order to host the postponed play-off matches,” FIFA said in a statement.
“FIFA would like to thank all the parties involved for the strong spirit of solidarity and cooperation that led to this unanimous decision,” he added.
Thus, after the end of the play-off, one of the teams of Ukraine, Scotland or Wales will be the thirteenth European team in the World Cup in Qatar, and will join Group B, along with England, the United States and Iran.