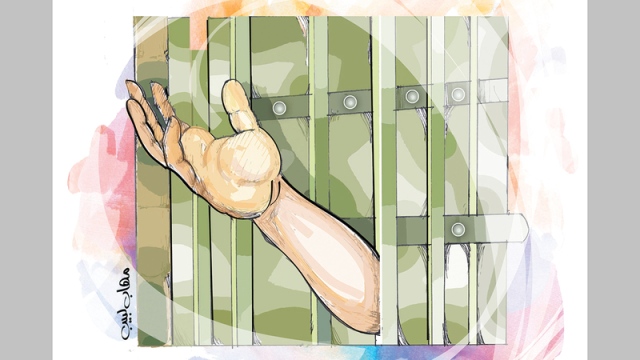 A total civil court ruled in the Ras Al Khaimah Courts to obligate three defendants (from the second to the third) to pay 600,000 dirhams to a Gulf citizen, who seized the amount from him with two forged checks, after the Appeals Court ruled that they were imprisoned for three months, and the first accused in the case was acquitted due to insufficient evidence.

In detail, the plaintiff filed a lawsuit demanding that the defendants pay him, in solidarity between them, 600,000 dirhams, the value of what was seized, pointing out that he had suffered material and moral damages, such as having suffered a stroke that led to his hospitalization and incurred medical and medication expenses, and transfers between the police. And the corridors of the Public Prosecution and the judiciary.

The defendant’s attorney submitted a defense memorandum in which he demanded that the case be rejected because it was not proven that they had the money, the papers were devoid of any evidence, an account expert was delegated, and the case was referred for investigation to prove their innocence.

The verdict states that it is not permissible for anyone to take someone else’s money without a legitimate reason, and if he takes it, he must return it, and whoever takes something unlawfully must return it to its owner, with the gains or benefits he has reaped, and the judge has the right to indemnify the right holder in exchange for what the holder has failed His side.

The court clarified that the penal ruling is authoritative in the civil lawsuit, and pointed out that the defendants were convicted of forging two checks, giving a check without balance, of fraud and fraud.

She indicated that it has been proven to the court that the second, third and fourth defendants have taken possession of the plaintiff’s funds unlawfully, and that this does not undermine the right of their client to request the rejection of the case to support the evidence that they have obtained the money, and his request to assign an accounting expert and refer the case for investigation.

She added that the issuance of the verdict condemning the defendants has become final, and their return of the amount to its owner has not been proven, which is the effect of which is in the responsibility of the defendants. Law firm, and refused other requests.