Requests by Instagram, the PBA factor and the internal one in the AFIP: how the reversal of the Government for the Monotributo was conceived 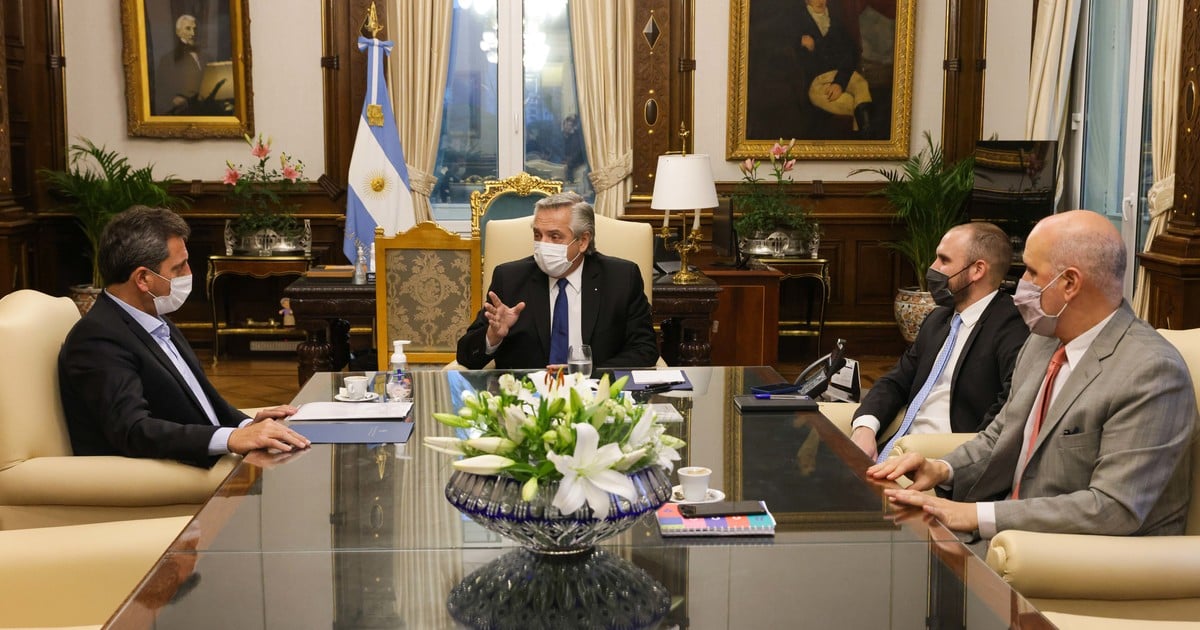 Although social discontent over the increase and retroactive collection of the Monotax began to escalate on Friday, the Government had relativized the impact reported by the headlines of the main media. With the President’s agenda focused on the vaccination plan and the announcement he made with his Russian counterpart, Vladimir Putin, for the start of production of Sputnik V in the Richmond laboratory, It was only on Sunday when, in the privacy of the Quinta de Olivos, Alberto Fernández activated the reverse gear in a controversial measure that could complicate the path that began to be paved towards the elections.

The visit of Sergio Massa to the presidential residence at the end of the weekend obeyed the tour that the Tigrense will undertake in the United States next week. They had arranged to meet to review the agenda and for the head of state to validate the steps that the head of the Chamber of Deputies will take in Washington. But during the talk it emerged the word “Monotributo” and there they both exchanged a similar experience.

Alberto Fernandez He said that he had written many messages on his social media account questioning the measure and mentioned the case of a woman from the suburbs who told her on Instagram that she had a debt when she had made an effort to keep the quota up to date. Massa put the case of a Tigre neighbor who wrote to him on WhatsApp. “How can we solve this?“, Fernández consulted the deputy, who without a specific answer asked the President for 24 hours and, with that endorsement, began to analyze alternatives that had been sent to him by different legislators and leaders of his ranks.

A day later, always with the approval of the President, it was analyzed at “the Monday table”, which once again brought together the three important legs of the Frente de Todos in La Plata.

Without causing friction, the issue was of particular concern to the host, the Buenos Aires governor, Axel Kicillof, knowing that almost a million and a half monotributistas reside in its territory.

But, in an electoral year, the warning signal sounded in all sectors of the ruling party. “It can be a hinge because people directly touch their pockets,” they reflected. The phrase belongs to one of the members but could well be shared by the rest.

From Massa, through the Chief of Staff, Santiago Cafiero, who for the second time joined the meeting and together with the Minister of Public Works, Gabriel Katopodis, served as “delegate” of the President, and even the camper trident: the head of the FdT bench in Deputies, Maximum Kirchner, the Minister of the Interior, Eduardo “Wado” De Pedro, and the Minister of Development of Buenos Aires, Andrés “Cuervo” Larroque. “It is a law in the forefront,” celebrate those close to a leader who seeks to prevent a sector from claiming victory.

Indeed, there it was decided to give a twist to the changes and grant an additional benefit expanding the category scales, since it was another recurring complaint from a universe of four million taxpayers. “The scales had been delayed since the time of Macri, due to the devaluation, despite the changes that had already been made, “reason in the Government.

In silence, the role of Máximo K. was key. “With Massa he pushed the project a lot,” says a source. And the request that the deputy made to the head of the General Tax Directorate points out, Virginia Garcia, to get him involved.

The former senator, in good harmony with Cristina Kirchner and ex-sister-in-law of Máximo, helped to polish technical aspects of the project, a task in which the latent tension in the coalition with Mercedes Marcó del Pont was once again noticed, whom, unusually in the Government, they held responsible for applying what Law 27618 approved in April.

The absence of Del Pont in Wednesday’s meeting between Alberto F., Massa and Guzmán, where the decision to tweak the law was finalized, did nothing more than help feed all kinds of versions. Especially since the administrator is a protégé of the President. “It is not necessary to make second readings of a photo”, they relativize in the Government, and detail that “before and after” the meeting the administrator worked on the draft of the text. In other power terminals they do not say the same.