Repression continues in Myanmar and the European Union prepares sanctions 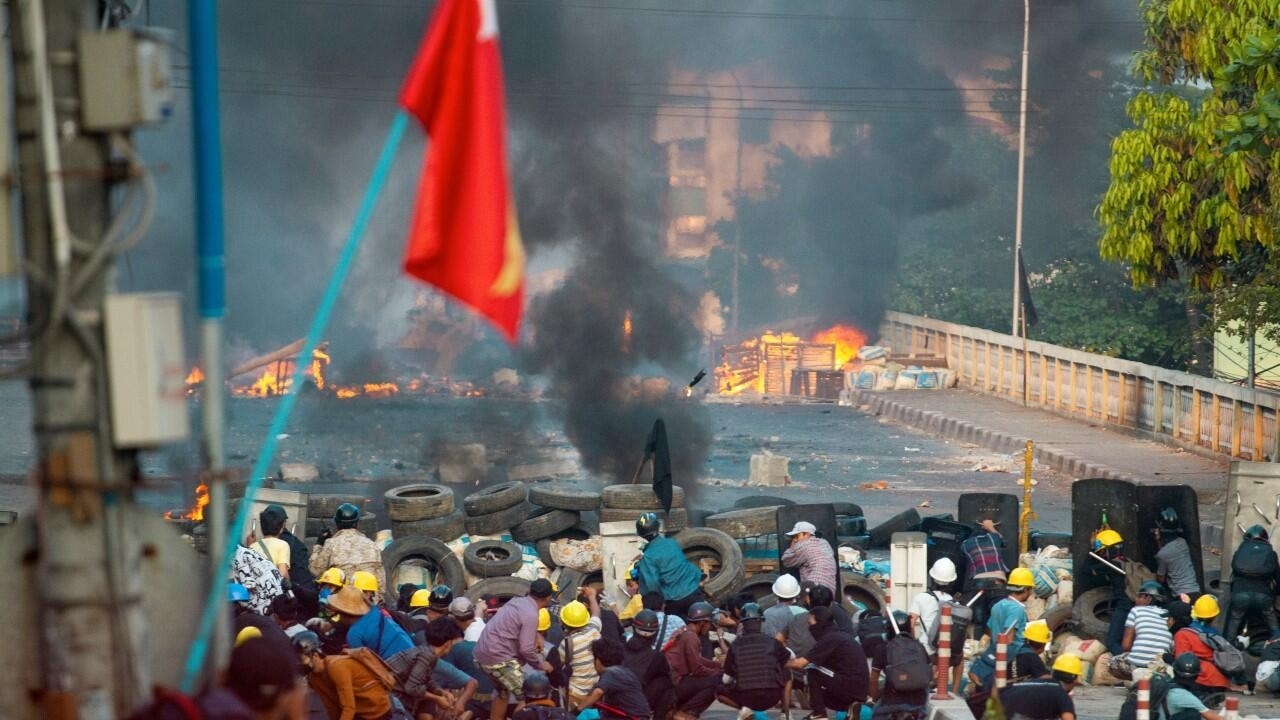 Violence against pro-democracy protesters has occurred especially in Rangoon, where hundreds of people have been forced from their homes. In addition, the highest committee of Buddhist monks demanded an end to the violence and the main Democratic representatives asked for help from the ethnic guerrillas.

Violence against protesters in Myanmar is escalating at times. This Wednesday, March 17, protests against the coup d’état perpetrated by the military on February 1 began again. In Yangon, Mandalay and other cities in the country, up to nine more people were killed, according to the Reuters news agency. Chilling numbers that the Assistance Association for Political Prisoners (AAPP) raises to a total of at least 217 murdered since the beginning of the protests.

The brutality of the military junta continues to haunt the protesters, who in most of the protests have maintained a peaceful attitude. Only in the last few days, and after registering days with dozens of deaths, the protesters have begun to respond with some violence against the police attacks.

The situation is such that several dozen families have been forced to flee the Hlaing Tharyar district of Rangoon, one of the main centers of the fight against the military. This district recorded dozens of deaths last weekend after workers razed several Chinese-owned factories. Martial law has been declared in the area and many have decided to flee in the face of what appears to be “a war.”

The scenes of families leaving the neighborhood with all their belongings have starred in the day. In the area, there are still dozens of injured from previous days and the doctors denounce that the authorities do not allow them access to help. Many of the funerals of the victims of the weekend’s repression were also celebrated this Wednesday.

Given the unsustainable situation, the European Union (EU) is preparing a battery of sanctions against the military for next Monday. International condemnation has been generalized against the military regime, although some actors, such as China, have had a more lukewarm response and have been accused of favoring the interests of the military leadership.

Pitched battles were played throughout the day and massive fires were reported in the country’s main cities, although verification is costly because Internet access in the country has been virtually entirely restricted.

The “legitimate government” requested the support of the guerrillas

Several of the parliamentarians who were unable to take office due to the coup, but who mostly belong to Aung San Suu Kyi’s party, are organizing to fight the military. The so-called Committee of Representatives of the Assembly of the Union (CRPH for its acronym) it authorized the self-defense of the protesters in front of the police forces and appointed an international representative.

This organization, accused of being a traitor by the military, appointed a person as its representative to the UN. This person is known as Dr. Sasa and according to state television he was charged with high treason to Myanmar, a charge that carries the death penalty.

In addition, this organization has thanked the many ethnic guerrillas who protect the interests of the protesters and has asked for their help. These armed guerrillas are in different parts of the country and have declared war on the state for decades due to their ethnic interests compared to those of the majority. However, they are all united by the rejection of the Army, an important step towards a future alliance.

The CRPH He announced that he was removing all these armed commandos from the list of terrorist groups and asked the protesters fighting the coup for protection. Many of these groups have condemned the state violence of these weeks and have intensified their fight against the rulers. Most of these ethnic groups ask for greater autonomy from the state.

Myanmar’s powerful Buddhist monks association urged the military junta to end violence against protesters and accused them of torturing and killing innocent civilians. The monks announced that they would stop all their religious activities until the repression did not stop. This statement is of great importance and an endorsement to the defenders of democracy, since 90% of Burmese – including the military – are deeply Buddhist.

The monks have a storied past of pro-democracy activism. In 2007 they were the promoters of the so-called “Saffron Revolution” which, although it was violently repressed, served to initiate a weak process of democratization in the country.

The monks will present their decision on Thursday in an official document with six points before the Ministry of Culture and Religious Affairs, on which the Buddhist committee officially depends.

Although the military authorities gave up a large part of their power in 2011 in favor of a democratizing process after decades of dictatorships and repression, their shadow of power has always held back Myanmar’s aspirations to become a full democracy.

For this leadership, their greatest enemy has always been the leader Aung San Suu Kyi, who overwhelmingly won the 2015 and 2020 elections, a fact that served for the country’s generalate to rise up against the democratically elected government under the pretext of “electoral fraud”. At present, Suu Kyi and most of her party’s trusted persons are in custody unaccounted for.

With EFE, Reuters, and AP

Cars of drunk Russian drivers wanted to take away

WHO to discuss AstraZeneca vaccine challenges