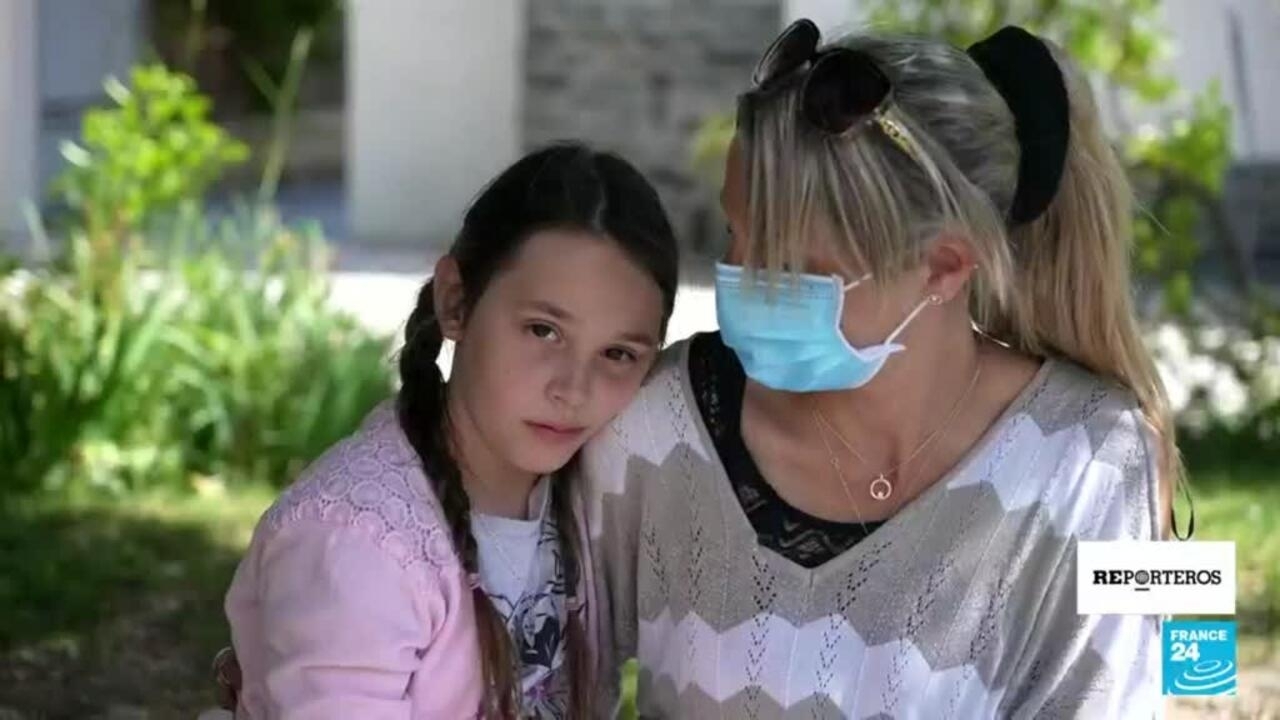 Months after being infected with Covid-19, many patients continue to struggle with symptoms caused by the virus. Our reporters met a high-level athlete, a family, and a seven-year-old girl, all suffering from a long form of Covid-19. While there is an urgent need to better understand this new and complex form of the disease, French scientists are struggling to obtain the public funds necessary to carry out their research.

“It is not a cardiovascular exercise at all, but I feel a jump in the heart rate, it is not very pleasant,” says Anne-Laure Florentin, during a weight training exercise at her club in Évry.

The three-time European karate champion, who was to represent France at the Tokyo Olympics, had to give up her dream after contracting Covid-19 in October 2020. At first, her symptoms were mild, then she developed a disease called myocarditis, since then the slightest physical exercise causes discomfort.

At the start of the Covid-19 pandemic it was understood to be primarily a respiratory illness from which most healthy people recovered within a few weeks. Young people were also believed to be largely relieved of the worst symptoms. But as the pandemic progressed, it was shown that some children and adolescents continued to suffer from symptoms for months.

Karyne Peters and her two children, Meïly, 18, and Mànoa, 12, suffer from a prolonged form of Covid-19. “For Meïly, it was a weight loss of almost 17 kg with a hospital stay of almost three months. For Mànoa, the most disabling thing is her hypersomnia (the fact of sleeping too much) and her mental fog. And for me, it goes to be effort fatigue, “says Karyne.

Karyne says she’s had to fight to win recognition from doctors who initially didn’t take her and her children’s symptoms seriously. Earlier this year, the French government officially recognized ‘Long Covid’ as a health condition and established a working group to draw up care recommendations. However, the Government did not recognize prolonged Covid in children as a health condition.

“I have a feeling of anger that I am not being heard by the medical community. I see that it changes a bit for adults, but for children, nothing changes,” says Karyne.

Her frustration is shared by Marie Valdés, whose seven-year-old daughter Emma suffered from a serious but rare condition caused by Covid-19 known as Pediatric Multisystemic Inflammatory Syndrome (PIMS, for its acronym in English, although it is also known as SIMP or MISC- C).

Seven months ago, the virus attacked Emma’s vital organs and put her in intensive care. “I still have some sequels left,” says Emma. “My legs hurt a little, if I walk more than 10 minutes, it hurts. I have to go in a wheelchair.”

In April, Marie Valdés decided to create the association ‘Families of children victims of Covid PIMS’ with the aim of supporting each other among families, but also of collecting information about the disease and making it known to as many people as possible, especially within the world. doctor. “It has made me feel useful. We are a group and we support each other and that support creates a wonderful union,” says Marie.

Why does the ‘long Covid’ affect some people and not others? How to explain the multitude of symptoms and sequelae? Improving knowledge about these topics could help doctors offer more appropriate treatments to patients. But to advance research you need funding. The UK has allocated £ 18.5 million (€ 21.5 million) to fund ‘Long Covid’ investigations. But in France, the government budget for the investigation of this syndrome is only 2.2 million euros.

With her team, Professor Dominique Salmon-Ceron, an infectious disease specialist who opened the first consultation dedicated to the ‘Long Covid’ in France, proposed four research projects this year and suffered the same number of rejections. However, his skills and experience have been recognized by the UK health authorities.

“The British have asked me to be part of the committee of experts that distributes the 20 million euros for investigations on the ‘Long Covid’,” says Salmon-Ceron. “The French are invited to be part of these committees. This means that we are recognized for the publications we have made, but when we propose projects, this does not happen.”

France 24 contacted the Ministry of Health to ask why France was investing less in these investigations than its British neighbor. The ministry responded: “If the research efforts still seem modest, it is only because very few quality proposals have requested support.”