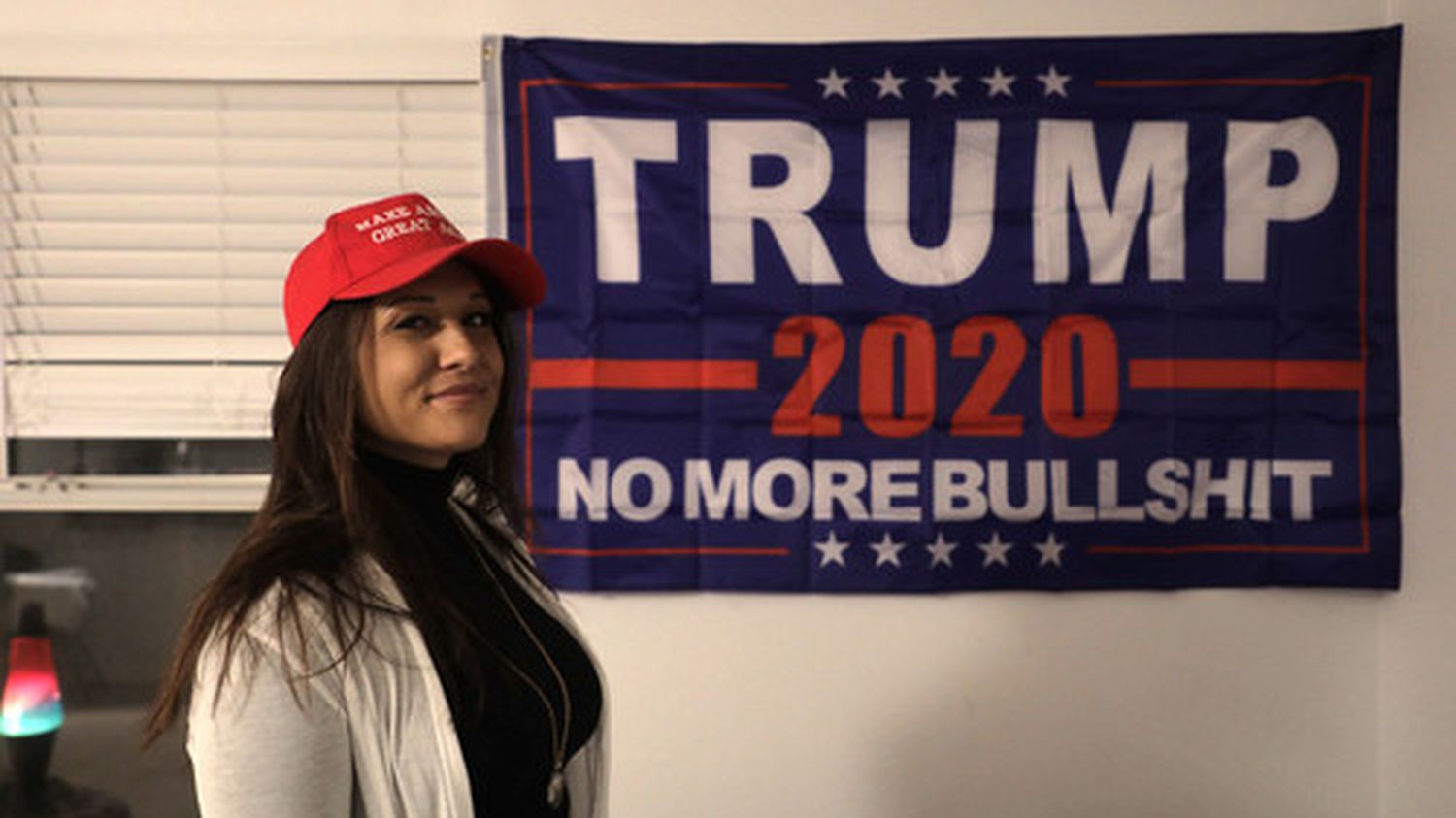 At a time when journalists from France Televisions meet him, Brandon Fellows, 26, knows that his arrest is imminent. This American from the region of Albany, in the State of New York (United States), received a call a few hours ago from the FBI for his presence at the Capitol in Washington, the afternoon of January 6. “I did not do anything wrong”, he defends himself in a video on Instagram. “I’m happy with what I did, no matter what.”

That day she is holding, on Capitol Hill, cradle of American legislative power, the session supposed to confirm the defeat of Donald Trump in the presidential election in November. The outgoing head of state chooses to challenge Congress by bringing together tens of thousands of his supporters in the American capital. Some of them, including Brandon, manage to enter the Capitol. They then invade the corridors and offices for several hours. “It was crazy. I was in shock, amazed. I thought that was exactly what our Founding Fathers had done.”, he says to France Télévisions. This intrusion was for him like the Boston Tea Party of the American Revolution, that day in 1773 when Bostonians broke into British ships to dump their cargo of tea. “There was no question of missing it”, assumes Brandon Fellows. He wanted to be there, to “the story”. 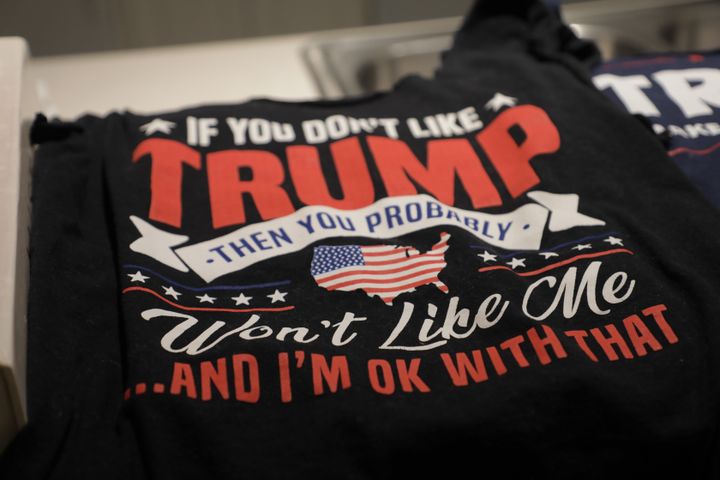 Looking back, Brandon Fellows expresses a regret, that of having smoked in a senator’s office. “A lot of people in my family don’t approve”, concedes the young man, released by his relatives a few days earlier. For the rest, he said to himself without remorse. He assures that he was not violent and denies any inclination to“insurrection”.

“There wasn’t a single goal. It wasn’t, ‘Hey, we want to hurt people.’ Obviously there was a downside. But we are not going to do nothing more and let them trample on our rights. “

This American is one of those who cherish their freedoms. On social networks and in interviews, he likes to repeat this sentence from the United States’ declaration of independence: “Life, freedom and the pursuit of happiness.” Brandon Fellows enjoys his freedom to own a gun or “to say just about everything[‘il] wish[t]“. Whoever voted with a “Make America Great Again” cap on November 3 also loves Donald Trump, and is convinced that his economic policies have helped him grow his business. fireplaces.

So, going to Washington on January 6, 600 kilometers from his home, was obvious, a way of “say thank you” to its president.

“I was thinking we should go for Trump. When he told us to come to Washington, I was like, ‘Yeah, I’m going.’ Whatever my schedule, whatever the cost.”

While reaching the capital, Jake Hiles, he arrived from Virginia Beach, a coastal town in the state of Virginia, a little further south of Washington. “Maybe I’ll start a revolution”, amused this single father a few hours before the intrusion into Congress, caption of a photo posted on Facebook. He was wearing a sweatshirt then “F *** Antifa”, hostile message towards anti-fascist militants. 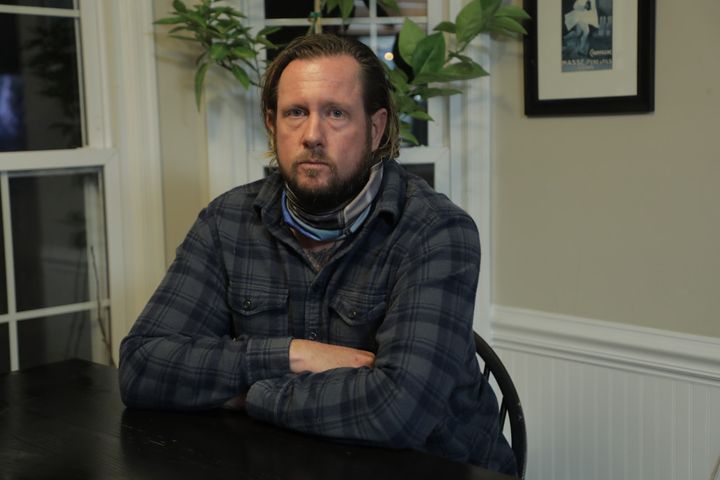 This tuna and billfish fisherman, dressed in a checkered shirt hiding many tattoos, hesitated before receiving us. Many people present this January 6 in Washington and contacted by us did not respond to our requests, or, after having accepted the principle of an interview, finally refused. Too much distrust of the media. Others, suspected of having taken part in the riots, had already been arrested by the FBI. So to testify serenely, Jake Hiles suggests that we move away from the peaceful neighborhood of Virginia Beach, where he resides. Direction Blue Petes, a restaurant discreetly installed near the woods, where imposing deer heads serve as decoration.

Jake Hiles defines himself as a “conservative” who “love America”. “I pay great attention to politics”, he confides. If the fisherman assures that he does not appreciate some of the president’s tweets, he believes that “Donald Trump represents the American people”. The forty-something castigates political careerism. “The Basic American”, he continues, a Budweiser beer in his hand, “has a better life thanks to him”. For four years, Jake Hiles has seen his activity, closely linked to tourism, be doing better. Less regulation, cheap diesel, and customers with a larger portfolio. With Joe Biden, “we’re going to lose our second amendment, then our first amendment”, fear him “patriot”.

Jake Hiles traveled to Washington because “a lot of people on social media were talking about the protest” initiated by Donald Trump.

“My parents were worried that I was going. They told me to think about my daughter. It is just her that I was thinking. There was fraud during this election. What if we are losing democracy, we are going to become an authoritarian, even fascist regime. “

This voter does not understand why his candidate was in the lead on the evening of November 3 and close to defeat on the morning of 4. He claims to have seen on social networks “a lot of evidence” fraud during the ballot, “with voting machines, with postal votes”. Jake Hiles strongly rejects conspiracy movements like QAnon, but remains convinced, “like millions of people, that something abnormal has happened”.

Being in Washington on January 6 was therefore the occasion “to make our message heard”. He went there with his cousin, a fishing buddy and a friend he met on Facebook. As they walked towards the Capitol, the group heard in the distance “Donald Trump list examples of fraud” to galvanize its supporters. It was on his arrival in front of Congress that Jake Hiles, who had planned protective glasses, began to see tear gas fire.

As Congress approached, perched on a low wall for a while, the protester felt pushed by a crowd wanting to go further. “Hundreds of people were entering the building. I wanted to go home”, he blurted out in a deep voice. He then found himself in the building’s imposing rotunda – a moment he recognizes as “unbelievable” – before crossing several rooms, where he claims to have seen only one act of vandalism. Towards the exit, Jake Hiles says he saw traces of blood on the ground. That of Ashli ​​Babbitt, a former soldier close to QAnon, shot dead by the police as she tried to enter a French window. 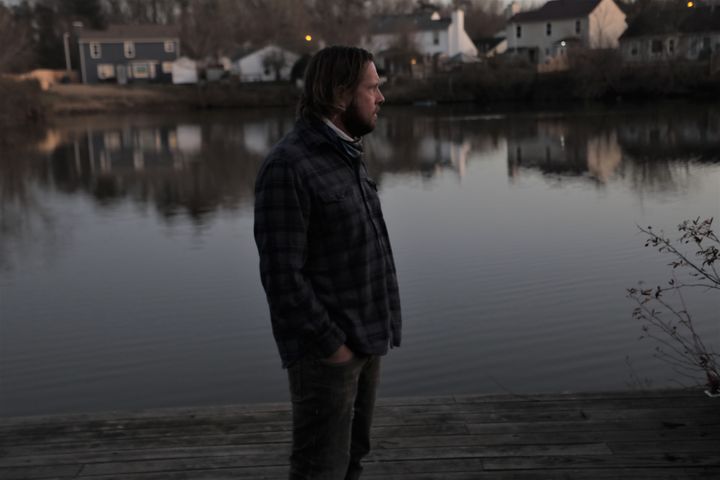 Looking serious, the American says he has received death threat after death threat since January 6. A dozen in the space of a week, he claims. Jake Hiles assures that he is not a rioter, just a protester who arrived in the wrong place at the wrong time. “There were bad people there”, he readily admits. But, contrary to the evidence provided by the media, for him, “it was a mixture of extreme right and extreme left”. “My message has been destroyed by this violence and destruction”, too amplified for his taste by journalists, regrets Jake Hiles, looking defeated. “I’ve been called a terrorist. That’s not who I am.”

The proven violence on Capitol Hill, Chelsea Marie, who was also in Washington on January 6, rejects them. Wearing the famous “Make America Great Again” cap, this 34-year-old woman welcomes us to her home in northwest Florida. In his living room sits an imposing “Donald Trump 2020” flag, brought back from a “patriotic shop” from the surrounding area, where she worked for a few months. For this unwavering support of the republican president, the violence is the fact of anti-fascists “disguised as Trump supporters”. However, arrested rioters claim to belong to the QAnon movement or the extreme right-wing group Proud Boys. “I haven’t heard of that”, evades the 30-something with the back of his hand. On his wrist are straps “Trump 2020” and “Storm is upon us”, a slogan of the QAnon.

Chelsea Marie also remains unfazed by the fraud rumors. The rejection of these accusations by dozens of courts and by the Minister of Justice does not change his speech. “These are puppets, they are bought. There is so much evidence!” proclaims the one who joined Washington by bus with 56 “patriots” to make their “truth”.

A waitress for thirteen years, the thirty-something has seen her activity decrease with the arrival of the Covid-19. She then begins to make her own “research” on the Internet. Theories circulating online have become an integral part of his life.

“I had odd jobs, and then I started putting all these pieces of truth together. It opened my eyes like never before.”

Chelsea Marie had fun, but her back suffered from “three weeks spent sitting on [son] bed”, eyes riveted on his screen. It cost him a romantic relationship. He only followed the American media, and she doesn’t listen to any. The young woman, who rejects the label of a conspirator, is informed only thanks to Donald Trump and his supporters. The pro-Trump One America News TV channel or the conservative Right Side Broadcasting outlet. “Their coverage is good, they are patriots”, believes the American, convinced that the CIA controls Hollywood and the media. 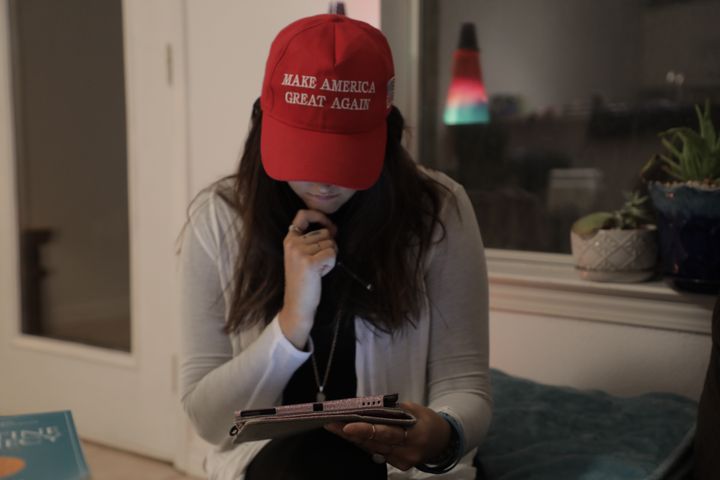 Chelsea Marie also follows figures like lawyers Rudy Giuliani, Sidney Powell and Lin Wood – all of whom are behind conspiracy theories. On his iPad? Twitter, or safe haven networks for pro-Trump like Parler or Gab. Accounts with names evoking QAnon are scrolling. The movement, she judges, “gives us information that we have never seen before”. As “the deep state”, and the theory of a war between Donald Trump and elites controlling society. The coronavirus is a biological weapon for this Florida resident, and hydroxychloroquine, the remedy that the media wanted to hide.

With the approach of the nomination, the Trumpist is sincerely convinced that its president will remain in power. “A Biden administration? That won’t happen. I wouldn’t be surprised if they organize a bogus nomination, she replies confidently. Our future is with Trump, far from Biden. ” To consider the reverse is impossible. “With Joe Biden as president, we would have Black Lives Matter riots everywhere, our cities would burn. It would be the end of the middle class., lists Chelsea Marie. And we, Trump supporters, would come and get us. “ 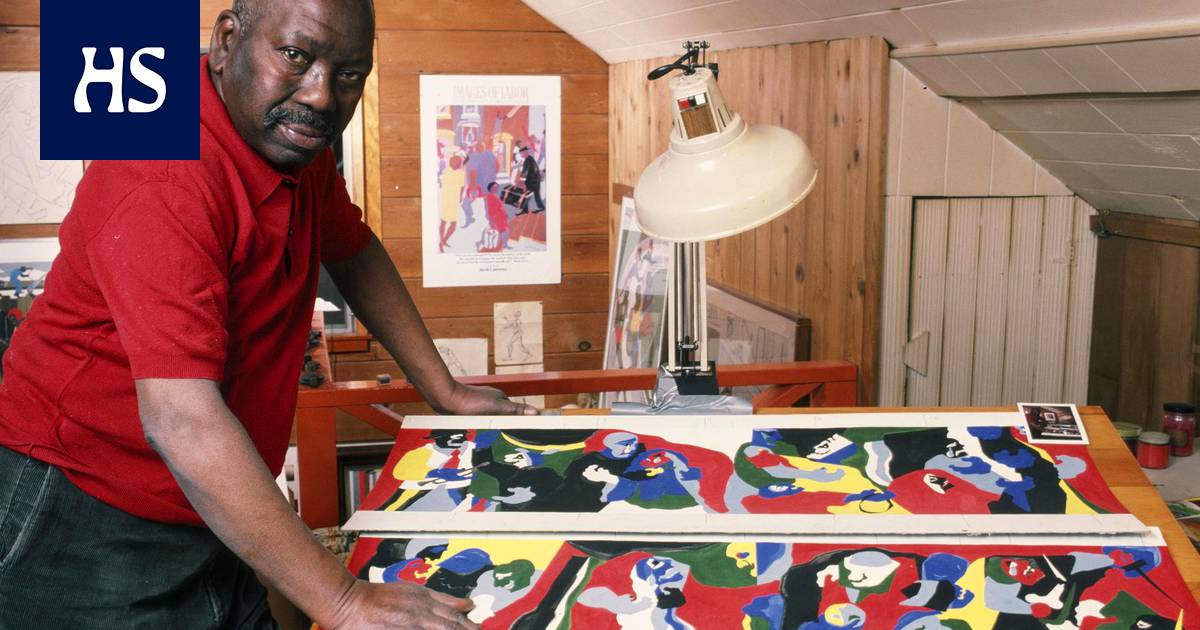 Schalke is still in the pot and loses a golden opportunity

Hertha BSC: next talent before the jump?