Reopens Montecarlo, the bar that Che Guevara used to go to and will return the bread pudding to Palermo Viejo 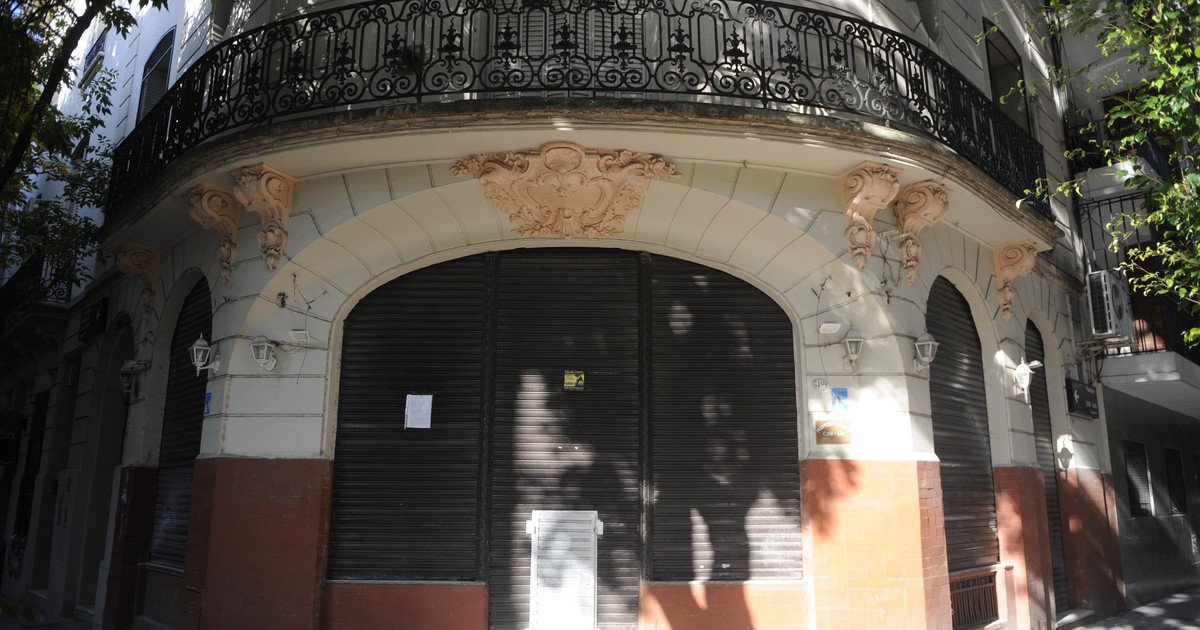 Without its green awning but with more light through the window. With darker front, to match the corner. The original iron doors are back in place, matching the forged balcony railing. They change some details so that nothing changes in the remarkable bar Montecarlo, which had closed in a pandemic and will reopen in a month with new owner.

In this corner guarded by two ficus, the calm of the most traditional Palermo reigns. But after the blind comes down from Ravignani and Paraguay things happen: there are workers working the wall, a concrete mixer turning, checkerboard tiles about to be transplanted so that the original bar can be moved, which will go to the Ravignani side.

“The bar will remain the same, but restored. It will have the doors from 1922 that we found in the basement and the ceiling will be raised to its original height, with a plasterer working on historic buildings. The kitchen will be in sight. We are going to give the food a good frame ”, says chef Paula Comparatore, the new owner of the café, whose premises began to rent in February.

He plans to close his restaurant in three weeks The Federal, in Retiro, for a week after reopening Montecarlo, which I had drawn the blind in December. The idea is to reopen on May 25, with locro, pastries, churros, stew and carbonada.

Reconstruction. The Montecarlo bar, in Palermo Viejo, will reopen with the spirit that made it Notable. Photo: Fernando de la Orden

“We hope to arrive. If not, it could be on another national date, such as June 20 ”, ventures the architect Jorge Fernández, in charge of the renovation work. It started in mid-March and has not rested ever since. Standing in the middle of the work, he shows this newspaper the plans with the plans.

“Here the oven will go, here the bar. This tongue-and-groove is removed. We are going to make the baths back, with two rooms with toilets without distinction of sex “, speaks and points to Fernández. Cut the story to give directions to two bricklayers. There’s still much to do.

The plan is enhance what already exists, do not erase or sweep it. There will continue to be the classic Brasilia Filizola scale, the old fan built into the wall, the refrigerator with a wooden top now restored, the cash register for display purposes. They will also be seen large cups, according to the fame of the place, which indicates that in size it is difficult to surpass them.

The Montecarlo bar, in Palermo Viejo, will reopen with the spirit that made it Notable. Photo: Fernando de la Orden

A clay oven and a kamado, a wood or charcoal ceramic oven, of Japanese origin, will be added. Also, a large extractor hood bought at the auction of a closed Unicenter restaurant in a pandemic. A world of difference from the previous Monte Carlo kitchen, with only four burners.

It is that in this renewed version the kitchen will play a central role. “We will have powerful breakfasts, with salmon and rosti potatoes. During the week, there will be lunches with options of meat, fish and vegetarian dishes. And on the weekend there will surely be a day of pasta -details Comparatore-. That is our plan, after we have to see what works best as we go ”.

There will also be the classic croissants, homemade bread and, at the request of the neighbors, the famous Monte Carlo bread pudding. Comparatore will ask its previous owner, Gerardo Lorenzo, for the recipe, who inherited the bar that used to belong to his grandfather from his father José.

In construction. The Montecarlo bar, in Palermo Viejo, will reopen with the spirit that made it Notable. Photo: Fernando de la Orden

To increase the ventilation capacity, so necessary at the moment, the exits that were under the windows will be enabled. The same windows that will now reach higher than ever.

It is that the beige paint that covers part of the glass under the arches will be removed and the metal blind will be raised 70 centimeters more to let in as much light as possible. To that end, it is also classic teal awning retired, like the dilapidated pergola.

The bar that Che used to go to

They say that Monte Carlo It was the favorite place of the young Che Guevara. This is how it reads on the website of the City’s Tourist Board. Coincidentally, Comparatore is a friend of his brother, Juan Martín Guevara Lynch. “Although he doesn’t know if he was the preferred one, he told me that it is very likely that Ernesto has followed. Worked and lived nearby, in the Ancón passage ”, he says.

Comparatore herself also lives near here, who installed her restaurant El Federal in the neighborhood in 2000. Five years later she moved it to Retiro to be closer to hotels and tourist routes.

Student of Gato Dumas and with a postgraduate degree at the Ritz in Paris, the chef returns to the neighborhood where she was born gastronomically to take the post of one of its symbols.

“I want to highlight the beauty of this unique place and give back to the neighborhood its coffee, Instead of putting another white loft-like square there, ”Comparatore announces. Although it is blocks from the madness of Palermo Hollywood, this corner it still conserves Palermo Viejo ”.

Ayuso sweeps and the PP adds more than the entire left

I am: Ángel López surprises Luis Fonsi imitator with greeting from the original