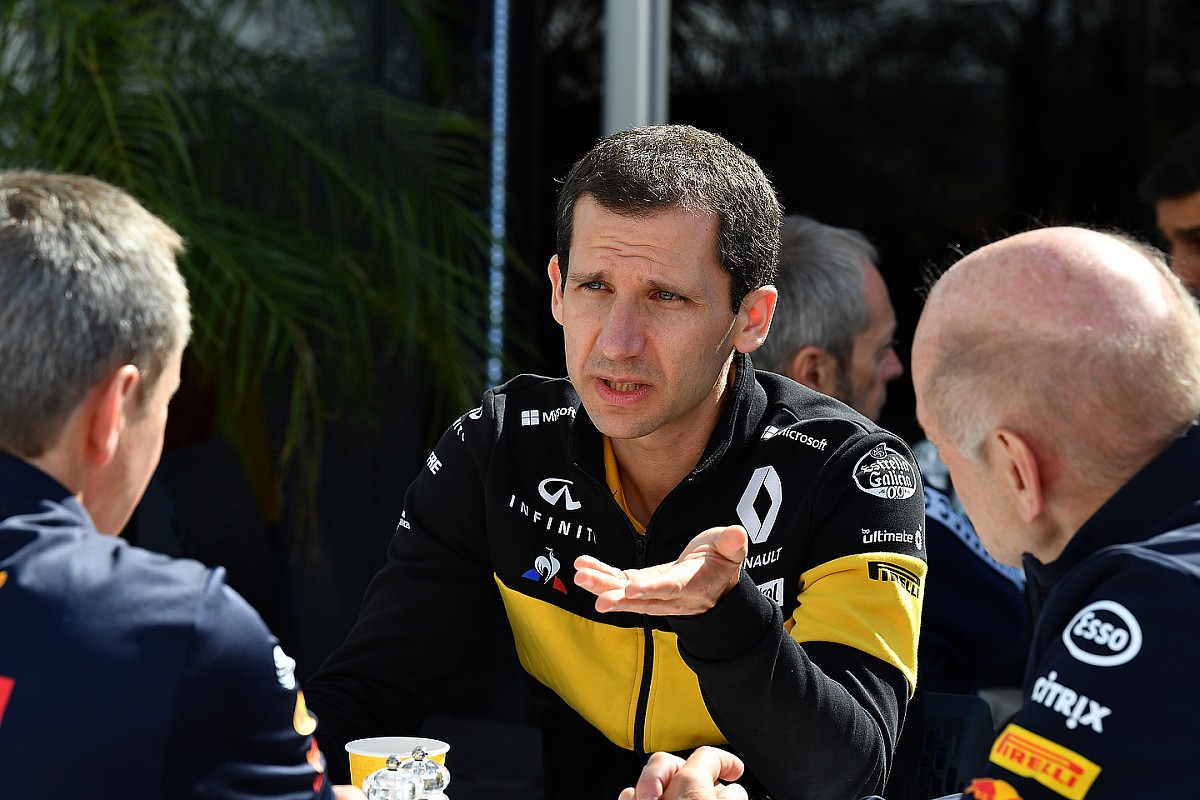 The Frenchman has been part of Renault’s F1 program since 1999, and early in his career he worked as an engine engineer for a number of drivers including Fernando Alonso and Jenson Button.

In 2009, Taffin took a step forward to take overall control of Renault’s F1 operations and then from 2014, at the start of the current turbo hybrid era, he became director of operations.

Since 2016, when Renault increased its involvement in F1, returning as a factory team, Taffin has been promoted to technical director of the engine area and has been in charge of driving the development of the power unit.

Renault endured some frustration during the first phase of the hybrid turbo era, but then made progress to help Red Bull reach a number of victories, and more recently propelled Esteban Ocon’s Alpine to success in Hungary.

But as Renault continues work on an all-new power unit for 2022, which it hopes will bridge the gap with Mercedes and Honda, it has emerged that Taffin has left the French brand.

An Alpine spokesperson confirmed to Motorsport.com that Taffin left Renault in early July by “mutual agreement”.

It is understood that Renault is not looking for a replacement, and instead plans to divide Taffin’s responsibilities among the current staff.

Although the current performance of the Renault power unit is lower than its main rivals, the engine is actually now in its third season due to forced delays in the introduction of its new design.

Speaking earlier this month, Alpine executive director Marcin Budkowski said the situation wasn’t perfect, but there is still optimism about the engine-related plans for the future.

“We have had the same engine for the third consecutive year, with very, very small changes in 2020 and 2021,” he said. “It is a 2019 engine that we are using, and as a result some of our competitors have made growth that we have not.”

“The choice was guided by the fact that we were planning to introduce a completely new engine in 2021, along with the new chassis regulations. The chassis regulation was delayed. We also delayed the introduction of that new engine to 2022 because unfortunately, with the factory closures and smart working requirements we had last year, we haven’t been able to deliver it by 2021. “

“So we are in a less than ideal situation where we had to delay our new power unit, which has improved power and energy management, and the usual things that make you faster on the straight. It also has a new architecture and changes that are designed to address some of our weaknesses relative to our competitors. “

“We didn’t have the resources to relaunch this year’s engine development program and continue working on 2022 engines. We’ve decided to put all our efforts into 2022, so it’s a strategic decision.”

“I think it’s the right one, but it’s painful, because as a result this year we have lost ground to our competitors.”