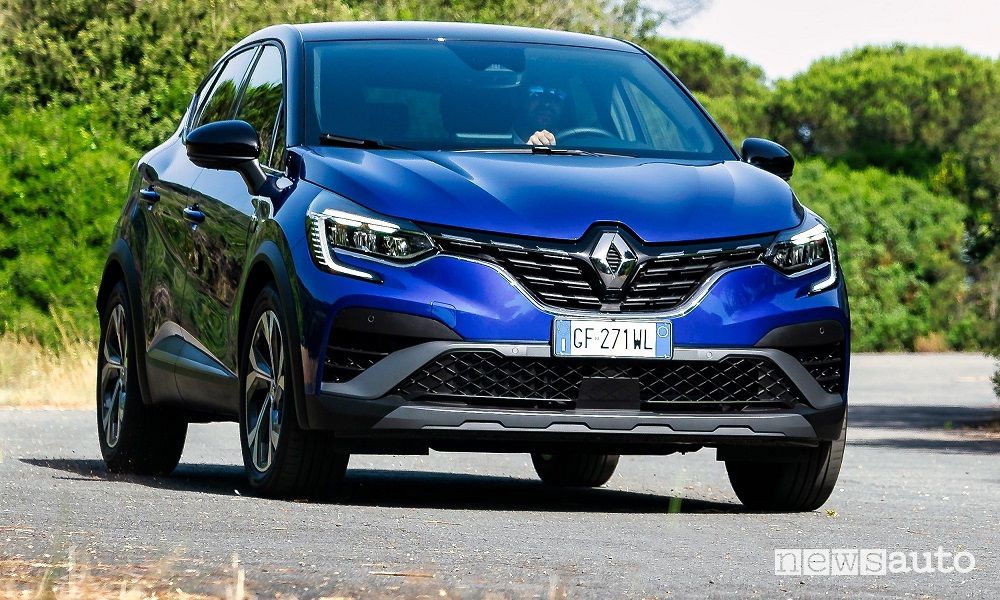 Up Renault Captur E-Tech comes the new engine hybrid full hybrid from 145 hp, which runs alongside that plug-in hybrid already in range. There Renault’s E-Tech hybrid technology, which comes from the experience of the brand in Formula 1 and owns 150 patents, has allowed the development of two types of hybrid engines, with and without charging.

We have already had the opportunity to appreciate this engine on the Hybrid Clio and especially on the new one Arkana E-Tech.

Renault Captur E-Tech full hybrid from a technical point of view predicts two electric motors, a traction battery and a transmission smart multimode with clutchless tooth engagement, which allows the hybrid car to optimally use every available energy source (electric and thermal). The two electric motors are powered by 230 V lithium battery, which has a capacity of 1.2 kWh and compared to that of Captur plug-in it does not require external charging.

On an aesthetic level, the Captur E-Tech Hybrid 145 is characterized by specific badges on the tailgate of the boot and from the dashboard with customizable 7 ”display as standard on all trim levels.

The Renault E-Tech hybrid engine from Captur from 145 hp is based on a 1.6 liter 4 cylinder flanked by two electric motors (an e-motor and a high voltage starter).

The E-TECH Hybrid drive is based on a so-called architecture series-parallel which offers the greatest possible number of combinations of operation between the various motors, to minimize the CO2 emissions in use. At the wheel you can choose the driving mode between My Sense, Eco and Sport.

This technology is as innovative as it is transparent in use for the driver, as the interventions of the electric motors are displayed while driving. In addition, the user can choose the driving mode between My Sense, Eco is Sport.

Hybrid technology makes it possible to resort to driving up to 80% electric in the city and systematic starting in “silence”, in electric mode. It also allows savings of up to 40% of consumption compared to equivalent heat engines in the urban cycle.

The RS Line trim is available for the first time on the Renault Captur and features one sportier style. In fact, outside we have a front bumper equipped with F1 blade is a honeycomb grid, a gray rear diffuser, dark windows and rear window, double chromed exhaust and 18 ”Le Castellet alloy wheels.

This version is distinguished by the RS Line badge affixed to the boot lid.

Inside we find specific upholstery with red piping and on the perforated leather steering wheel with red and gray stitching. The sportier style is enhanced by the sills in aluminum, From one red line on the air vents and from the dashboard which adopts one carbon style finish.

Renault Captur prices, how much does it cost?