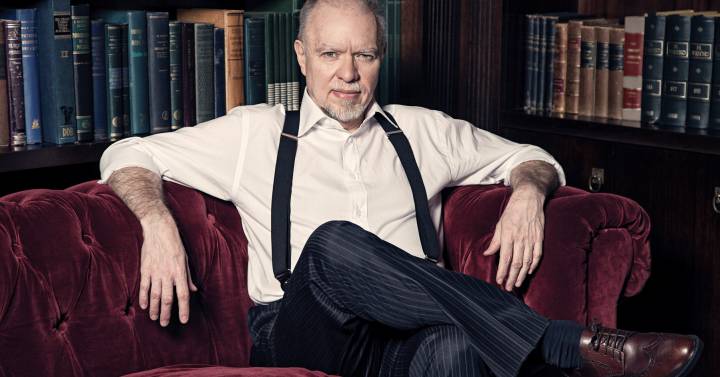 The journalist and writer Jorge Fernández Díaz (Buenos Aires, 60 years old) knows well the reality from which the novels of Remil drink, that antihero who moves in the shadow of power and in the sewers of the State and its parallel machinery and who stars a new adventure in Treachery (Destination). To put you in a position: a former Argentine guerrilla from the 1970s, a star of today’s progressivism, takes things too seriously and prepares a bloody blow to the system. The problem for those who commission the services of Colonel Calgaris and his executing arm at the Casita, our dear Remil, is that the subject in question is known to Pope Francis.

But where does Remil come from, this uncomfortable protagonist, this politically incorrect character? For those who do not know him, several clues in the words of Fernández Díaz himself: “I am inspired by true remiles, and I never depart from the idea that here it is not about spying on countries. This is a special genre: it is political espionage, and Remil is not Commissioner Montalbano or Jason Bourne. He is a state criminal. That is why it is a Latin American crime novel, so different from the European one. Borges said in 1933 that it was impossible, in Argentina, to create a kind detective and make a success of that character: he lacked credibility in this country. That is why Remil, more than anything, is an heir to the old cutlers, as they were called here, (the equivalent of the razors in Spain), who worked for political caudillos, and moves within a corrupt state. The trilogy was so successful because readers completely believed its arguments. Because their arguments show their shark fins from time to time in the newspapers. They are pure truth, transfigured into fiction ”.

After rereading Simenon to “remember how he achieved so much intensity in so little space”, the author of Mommy (2019) set out to portray a dark side of his country today in a novel that, as Dagger (2015) and The wound (2018), previous installments of the series also published in Destino, maintains the rhythm and balance between action, politics, love and, if you want, some humor.

Fernández Díaz responds by mail from Argentina and quickly enters political matters, his agile and direct verb is from Remil. “Three years ago, with abstinence syndrome for not being in power, the Kirchnerists began to create the idea that that constitutional government was a ‘dictatorship’ (sic), they bet on his dismissal, they stoned Parliament and generated a serious series of delusional ideas, such as that they should organize a ‘resistance’. That violent alienation was what gave me the original idea ”(…). “Bergoglio is not progressive; he is a conservative of Catholic nationalism ”, he assures when asked about the Pope, an indirect presence in the plot. “He militated for Perón and few in Europe know that he operates intensely in current Argentine politics. Every day and at different levels ”.

QUESTION. Remil ends up melted, as in the other two novels, but in this one for the first time he thinks about old age, he lets himself sponsor some savings. Are we getting old? How many novels will it last us? I don’t see him starring in 15 novels like others.

ANSWER. It is not the first time that you feel the passage of time. As I feel it myself. Remil is a violent and unscrupulous being, although with iron codes. However, the reader ends up feeling empathy for him. That feeling, when it is achieved, I think is due to the fact that I transfer my emotional experiences to it: the love obsession, the pain of having been given up for lost by my father, the wars of my mother and my father that I have seen in the kitchen of my house. This transfer makes him very human, and in the end, in some strange way, lovable. His tiredness also produces empathy. I don’t know how long Remil will last. It is he and not me who is in charge.

I vindicate politics, and I think that not all of them are the same. Not all are dirty and dangerous

P. I really like the character of Beatriz Belda, BB, Señora 5. Almost more for her weaknesses than for anything else. For some moment it almost made me forget Nuria Menéndez. His three novels have powerful female characters. Where do they come from? Do you create them the same as the male ones?

R. They are tough women in harsh environments. Although they also show their weaknesses. Remil always comes to his aid and somehow always ends up being his victim. I am fascinated by the personality of strong women, and I take great care in the female characters in my novels. Which are obviously made up of different women that I have met and sometimes dealt with throughout my life.

P. Speaking of female characters, there is Tana Coletti, who is part of those revolutionaries of the seventies with whom he is quite ruthless. Is it Remil who thinks this way or Jorge Fernández Díaz who is collecting some bills?

R. Remil has no political thinking. He is a cold and cynical soldier, who has seen too much. I share some of the criticisms that slide over these ex-revolutionaries. In my country, they have handled themselves with enormous arrogance, they never allowed even a historical judgment on their terrible mistakes. Now in many schools it is taught that they were heroes of democracy, although they never wanted democracy. What they were trying to install was a “popular dictatorship”, as they themselves called it.

P. Are these novels by Remil better or worse than the ones you dreamed of with your friend Óscar Conde in adolescence?

I don’t know how long Remil will last. It is he and not me who is in charge.

R. Oscar Conde is like my brother. We have known each other since we were four years old, and she currently lives a hundred meters from my house. He is a poet and essayist, and when we were 14 we dreamed of making spy novels. But we did not know anything about life, nor did we have the experience or the trade. Only after having lived forty years in the trench of event journalism and politics, after having seen so much backroom of power, was I able to face that old project. Although in an unexpected way. The stories in these novels never happen between good and bad, but between bad and worse.

P. Read The betrayal, is there someone decent or not indecent working for the State in Argentina?

R. Well, this is a clipping of the shadows of power. But I vindicate politics, and I think that they are not all the same in it. Not all of them are dirty and dangerous. But there are many of that kind, and Remil works and lives with them.