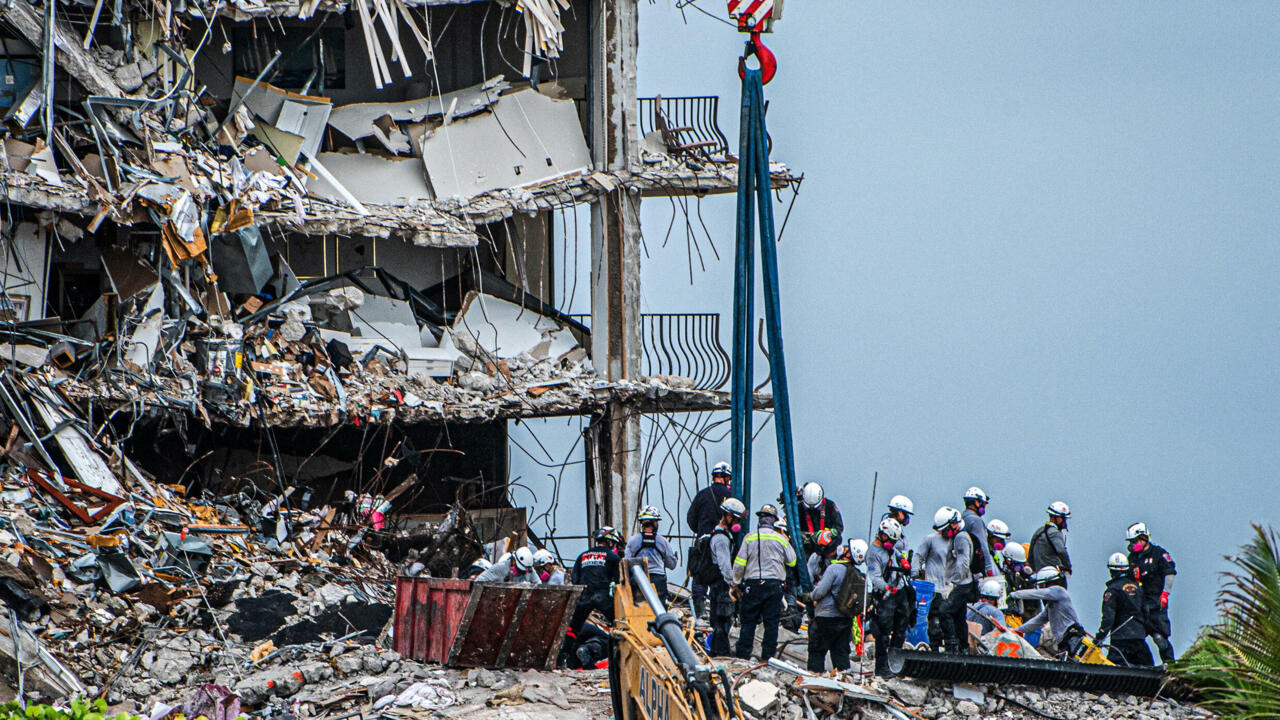 Until a few days ago, priest Juan Sosa attended the parishioners of his church in Surfside, Florida. Now he wonders how many of them could be found under the rubble of the 12-story building that collapsed last week. The catastrophe, whose causes are still unknown, has plunged his church and all the inhabitants of this town in mourning and pain, while the search for survivors continues.

The priest estimates that between 18 and 22 people who regularly attended his church are missing, although the number could be even higher.

After speaking with some of the relatives of the 18 confirmed deaths so far, he assures that “you just have to listen to them” and “be with them.”

As the search continues for more than 140 missing persons, Surfside hopes for a miracle, but braces itself for bad news, after no survivors have been found since shortly after the collapse in the early hours of last Thursday.

Rescuers from across the United States, and even from Israel and Mexico, work through the rubble, while priests and therapists try to calm the families of the victims.

“They are in limbo, and this is going to be one of the most psychologically dangerous times a person can go through,” says Raphael Poch, a therapist who came from Israel with a team of rescuers.

Null responses to the loss of the building

When a disaster strikes Florida, it is typically during hurricane season, and building collapses are rare in the United States.

Although the possibility of a maintenance failure of the building has been raised, no clear answers have been given, and the bodies are extracted from the rubble in a slow and complex search.

According to Poch, allowing family members to help rescuers, for example by asking how the victim slept or what their apartment was like, is beneficial because it gives them something to focus on and allows them to avoid feeling “helpless.”

All this information can be used by search teams to find out the layout of the building, or to narrow down the list of people who may be trapped.

But as hope of finding survivors fades, therapists prepare to grieve.

Ryan Saunders, a priest at a Miami church where three parishioners are among the missing, says he is beginning to “prepare people for what may happen.”

As the search continues, Saunders and other priests hope to accompany loved ones in their grief and attend funerals.

“I think it will help them close the loop, but at the same time, families will feel a void for years,” says Saunders.