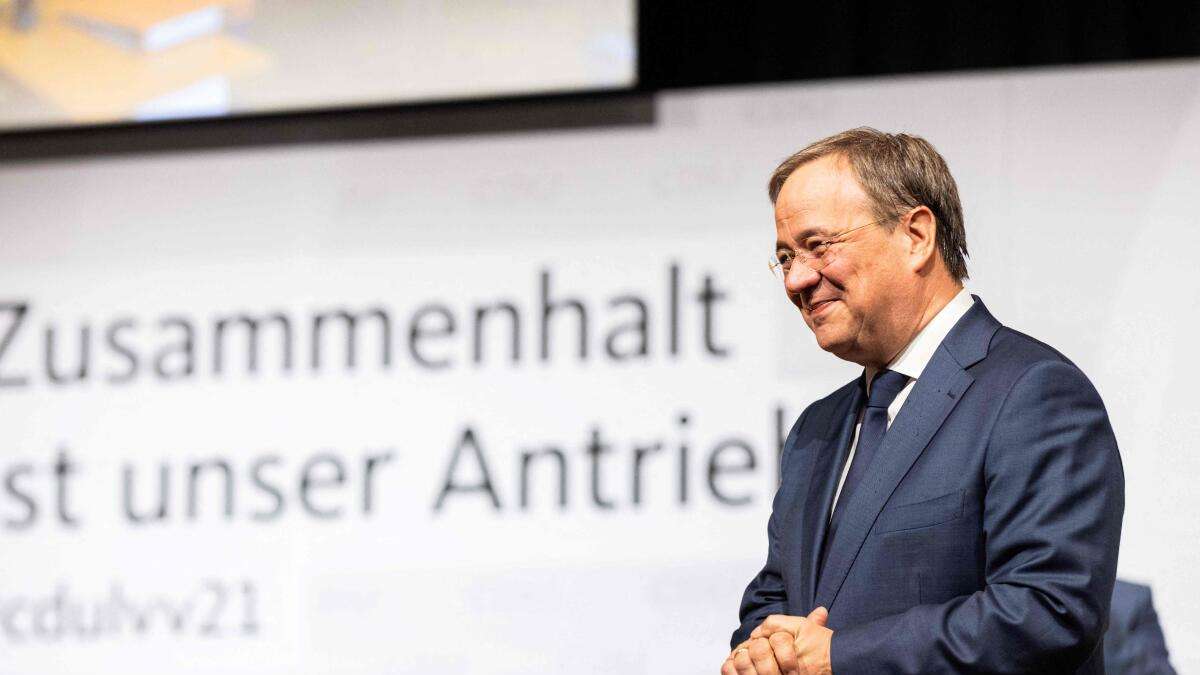 The state election in Saxony-Anhalt is over, the CDU cheers. Now all parties are preparing to work through their results. Numerous statements are expected.

Magdeburg / Berlin – The state elections in Saxony-Anhalt were predicted to be politically explosive. Especially for the CDU and Armin Laschet. Because the race against the AfD threatened to be close at times – but it turned out differently. The CDU triumphed in a way that hardly anyone would have expected. CDU boss Laschet can breathe a sigh of relief for now.

But it quickly emerged on the evening of the election that the good results for the Christian Democrats in the state are possibly mainly due to the country’s father and Prime Minister Reiner Haseloff. Laschet visited the country during the election campaign, but there was great speculation as to how helpful he really was. On the evening of the election, for example, the reaction of the CSU spoke volumes: “This is a clear success for Reiner Haseloff. He had the support of the entire Union, but Reiner Haseloff won mainly through his own efforts, ”said CSU General Secretary Markus Blume after the first results became known. “A great result – but above all a very personal success for Reiner Haseloff,” tweeted CSU boss Markus Söder *.

The Monday after election Sunday is traditionally “analysis day”. The parties meet in their committees, discuss and hold press conferences. Afterwards, the top party and top candidate of the country almost always appear together. It will be the same on June 7th.

After the election in Saxony-Anhalt, all parties appear on Monday – who speaks when

One of the first to officially say something is Söder again. Even before the meeting of the CSUHe wants to make a short statement to the board of directors at 9.45 a.m. At 1 p.m. there will be a real press conference afterwards. Armin Laschet and Reiner Haseloff for them CDU want to perform at 1:30 p.m. Already for 10.15 a.m. have themselves FDP-Chief Christian Lindner and FDP top candidate Lydia Hüskens announced – the Liberals are happy about the return to parliament. At noon at 12 o’clock they kick SPD-Party chairmen Saskia Esken and Norbert Walter-Borjans as well as SPD top candidate Katja Pähle. An hour later, at 1 p.m., there is a press conference AfD– Federal spokesman Tino Chrupalla and her top candidate Oliver Kirchner. Speak at 2 p.m. Greens-Chef Robert Habeck. And last but not least, in the party spectrum, the left with her party leader Susanne Hennig-Wellsow and top candidate Eva von Angern. In the evening, some state boards meet in Magdeburg.

Reactions of the party leaders on the evening of the election in Saxony-Anhalt: “Without a doubt a defeat”

Haseloff spoke in the evening of a clear tailwind for the federal election *. “We performed together – CDU and CSU,” said the 67-year-old. The message to Berlin is clear: “We can only win together.” Union faction leader Ralph Brinkhaus said the election had shown that the CDU was “capable of governing” even under Laschet.

The AfD federal chairman Tino Chrupalla also spoke of a “very good result”. To the address of the Union he said: “We can definitely form a bourgeois-conservative government here.” Haseloff categorically rejects this. Green Chancellor candidate Annalena Baerbock admitted that they had hoped for more *. Many people would have wanted to prevent right-wing extremists from having a say in a government and therefore supported the CDU. The starting point for the federal election is completely different.

SPD leader Norbert Walter-Borjans attributed the poor result of the Social Democrats * to strong polarization. At the same time, he made it clear that the SPD in Saxony-Anhalt is still ready as a government partner. FDP leader Christian Lindner said: “The voters in Saxony-Anhalt have strengthened the political center. He added: “We know that our friends in Saxony-Anhalt are ready to take on responsibility for this state, if the right thing can be done, if good can be achieved.”

In the opinion of Bundestag parliamentary group leader Dietmar Bartsch, the left has also lost votes because voters wanted to prevent the AfD as the strongest force by voting for the CDU. Bartsch was disappointed with the collapse of his party. “That is undoubtedly a defeat.”

Here is an overview of the preliminary results of the state elections in Saxony-Anhalt:

Federal Education Minister Anja Karliczek (CDU) praised the structural change policy of the election winner of Saxony-Anhalt as a model for the federal government. “The election result of Saxony-Anhalt is a signal for the federal election,” she told the German press agency. Haseloff brings people together, “but also stands for shaping the future, in particular by relying on the new sustainable technologies”.

CSU regional group leader Alexander Dobrindt also sees a clear signal for a Union-led government after the federal election. “The bourgeois center has clearly gained in approval, the left has clearly lost,” he said Augsburger Allgemeine. “This election also showed that there is no mood of change towards a left-wing coalition in Germany. Dobrindt also referred to the weak result of the Greens in the state elections: “For the Greens, the trees do not grow into the sky,” said the CSU regional group leader. (cibo with material from dpa) * Merkur.de is an offer from IPPEN.MEDIA.