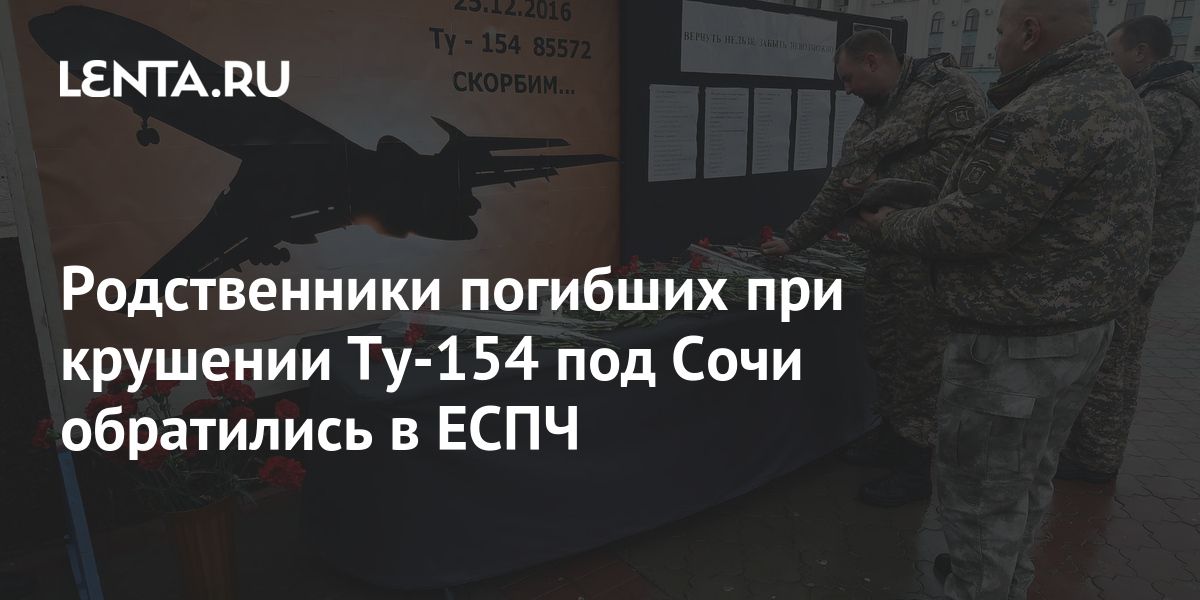 Relatives of those killed in the 2016 Tu-154 crash in Sochi appealed to the European Court of Human Rights (ECHR) with a demand to declare their right to a fair trial violated. This was announced by the plaintiffs’ lawyer Igor Trunov, reports Interfax…

They also insist on the groundlessness of the termination of the criminal case, Trunov added.

According to the lawyer, the complaint was filed in the interests of 70 relatives of the victims. The applicants hold that Article 2 (right to life) and Article 13 (right to a fair trial) of the Convention for the Protection of Human Rights have been violated. Trunov emphasized that there are no prosecuted, the reasons for the death of people have not been established.

The crash of the board of the Ministry of Defense, heading for Syria, occurred on December 25, 2016. The plane crashed in the Black Sea shortly after taking off from Sochi airport. 92 people were killed, including artists of the Alexandrov Song and Dance Ensemble, journalists and the executive director of the Fair Help Foundation Elizaveta Glinka (Doctor Liza).

In December 2018, the relatives of the victims appealed to the Meshchansky Court of Moscow with a claim for 2.1 billion rubles, demanding compensation for material and moral damage. In December 2019, it became known that the Investigative Committee had terminated the investigation into the Tu-154 crash due to the lack of corpus delicti. As Trunov said, the very decision to terminate the investigation is a state secret. He pointed out that the case was initiated under the article on violation of safety rules and the version of the pilot’s guilt was being checked, and the defense sought to initiate a case under the article on negligence against the airport employees who were refueling the aircraft. According to him, during refueling they did not make a mandatory disembarkation of passengers, in connection with which the take-off weight was exceeded.