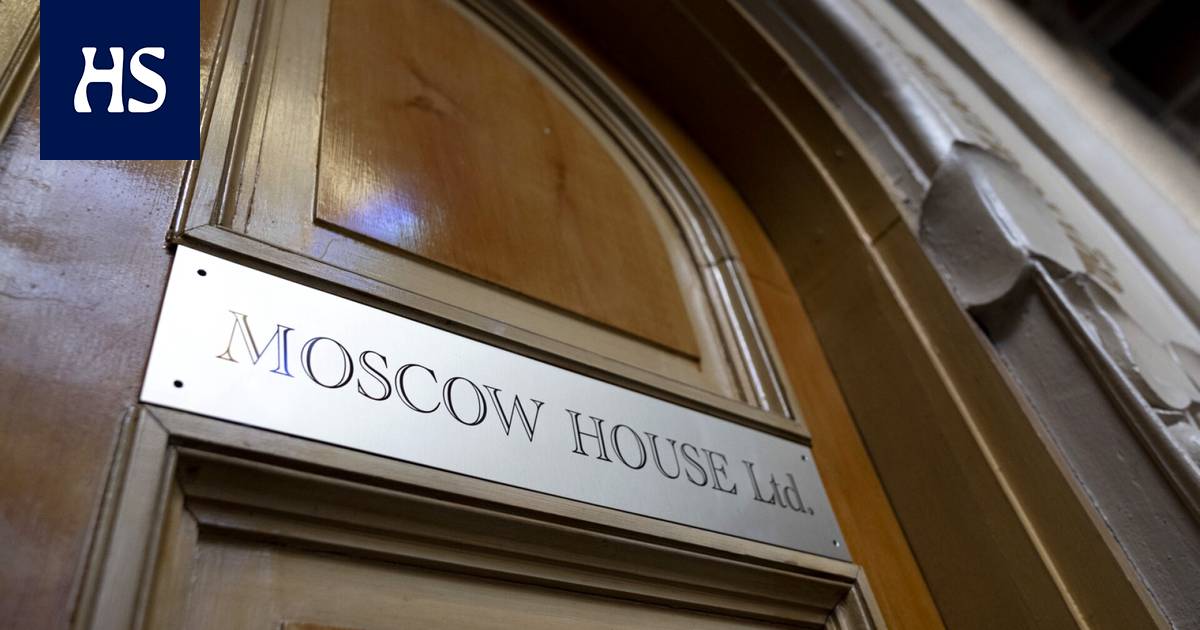 Helsinki tried to break away from the lease between the cities, but the people of Moscow did not want it.

Katajanokan the customs and packing room is bathed in the spring sun, and its doors are cramped as the builders of the Katajanokka hotel walk into the companies ’break rooms.

The second floor is much quieter. Only the Moscow House sign on the door and the large safe bolted to the floor tell the story of a quarter-century pattern of cooperation between the cities of Helsinki and Moscow.

There was once a space of hundreds of square meters known as the Moscow House, which was to serve as a base for Russian companies that were also registered in the Finnish market.

However, the opposite happened. When the 25-year lease expired in 2019, the myth of the Moscow house was also over.

The lobby areas on the second floor are dominated by a large skylight. A door on the back wall takes you to a former office space in a Moscow house that now has new tenants. Picture: Timur Yilmaz / HS

See also  Who is an Orthodox Patriarch Allied to Vladimir Putin

Moscow The equivalent of the house, ie a space of almost the same size serving Finnish companies, was located in the Rostovsky family district of Moscow.

The arrangement between the cities was signed in 1994. At that time, in addition to Helsinki, several other Finnish cities were involved, but they gradually withdrew from the arrangement. In 2007, only the city of Helsinki remained.

The idea was that Finnish and Russian people and companies would use houses to develop trade, economy, culture and science.

The arrangement worked well as long as Finnish companies were interested in the Russian market. Rents in Moscow were notoriously expensive, and the space ruled by the Finns seemed safe.

The interest of Finnish companies began to wane when in 2014 Russia occupied the Crimean peninsula and the eastern parts of Ukraine.

Read more: The tenants left the Helsinki building in Moscow – Helsinki had to pay for the house exchange

The customs and packing room, designed by Gustaf Nyström, was completed in 1901. The port operations there ceased in the mid-1970s. The City of Helsinki has leased premises to various companies. Picture: Timur Yilmaz / HS

Reciprocal the economy of townhouses then sprained out of balance. In the end, the city of Helsinki had to recapitalize HRM with EUR 100,000 in 2018 in order to stay afloat.

Former CFO of the City of Helsinki Tapio Korhonen recalls that the city tried for years to get rid of the agreement between the cities.

“We felt that this agreement was not of similar benefit to the City of Helsinki, because we understand that Russian companies did not use the Moscow house in Katajanokka an awful lot. It seemed that the companies mainly wanted an address in Finland, ”recalls Korhonen, who retired in 2016.

A large safe has stumbled upon the new tenant’s office space. It is bolted to the floor so the transfer would not be easy. Picture: Timur Yilmaz / HS

Town’s dissatisfaction was irrelevant because the city of Moscow did not want to terminate the lease before it expired.

The Moscow House, a limited liability company registered in Cyprus, has been run down last year. HRM’s operations have also ended.

Last chairman of the board of Moskovan talo oy Martti Huttunen says that during his time, between June 2018 and February 2020, no more events were held on the premises of Pakkahuone.

The old offices of the customs office have now been leased to marketing and IT companies. There are also new tenants on the second floor of the former premises of the Moscow house, and a return to four years ago is not visible.

No one has been able to move the large safe, so it has become a warehouse for empty soft drink bottles and cans.