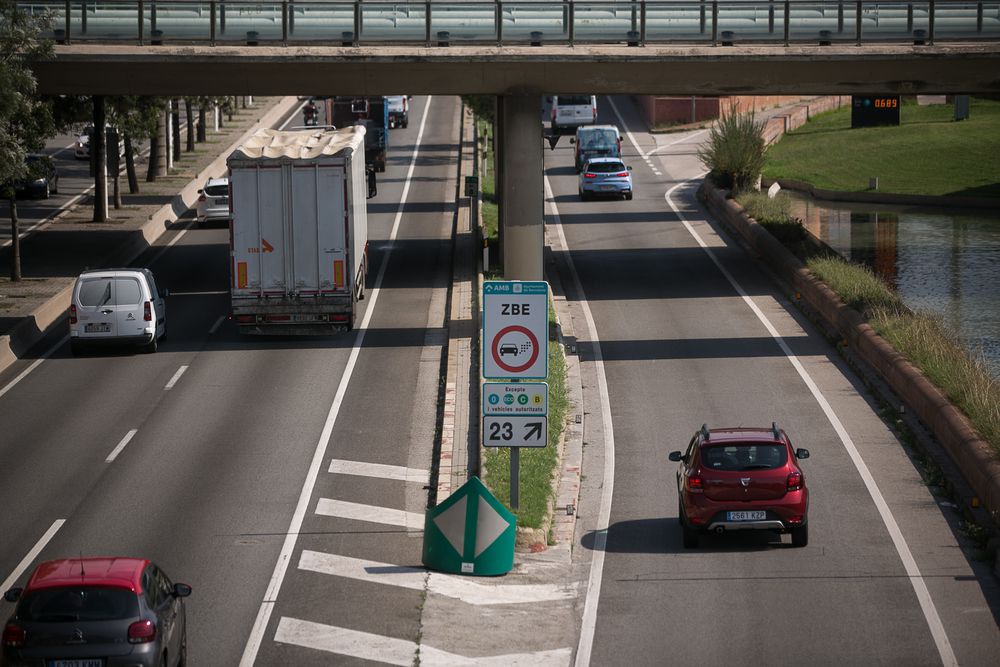 The automotive industry has experienced a black year. The pandemic hit the sector, which in 2020 recorded the worst sales figures for passenger cars in seven years. This contraction in demand has been reflected in the income from the registration tax, which fell by 39.5% to 372.9 million. It is the lowest figure since 2016, and the biggest drop in 12 years, according to the Tax Agency published on Tuesday. The recession and lockdowns are mainly responsible for this decline, which has also been influenced by the sale of more efficient cars.

The aid plan for the sector announced with great fanfare by the Government last summer has not been able to revitalize an industry that also foresees new clouds that will torpedo the recovery in 2021. One of the great obstacles that they detect for the reactivation of the sector, And that adds to the uncertainty that continues to surround the health situation, is the entry into force of the new European method to measure emissions. This system, known as WLTP and more demanding than the current one, came into force at the end of 2018, but the Government decided to apply a transitional period until January 1 of this year. The associations of manufacturers and dealers regret that, in practice, the WLTP will mean an increase in the final cost of the vehicle, which is estimated at 5%.

This is because the registration tax is a tax that is paid only once when buying a vehicle and is calculated based on CO₂ emissions. The regulations foresee four emission ranges to which different tax rates are assigned. Before the pandemic, in 2019, the revenue provided by this tax grew 20% compared to the previous year and reached its highest figure since 2010, despite car sales falling by 4%.

One of the main reasons for this outcome was the increase in gasoline cars – whose sales began to grow after the outbreak of the dieselgate and in 2018 they surpassed those of diesel – and cars of more weight, which consume more and consequently produce more emissions. In 2020 the trend continued: of the 967,326 registered cars -in 2019 there were 1,301,986-, almost 60% were gasoline, compared to 37% diesel, according to the Tax Agency. The figure is similar to that of 2019, when 64.4% of the new vehicles were gasoline and 35.6% diesel.

The big difference from the previous year is the pandemic, which forced concessionaires to forcefully close during the harshest months of confinement and contracted demand due to the severe recession due to the stoppage of activity. But last year, the percentage of more efficient vehicles, which are exempt from paying registration tax, also grew. This privilege is granted to cars that emit less than 120 grams of CO₂ per kilometer: last year 71% of registered cars were exempted from the tax, compared to 59% the previous year. Most of them, 410,815 cars, were gasoline powered.

The percentage of less efficient cars out of the total was also reduced: vehicles emitting more than 160 grams of CO₂ per kilometer accounted for 7% of new cars registered in 2020, compared to 8% the previous year. The result of this change in patterns is a decrease in the average emission per vehicle, which went from 121 grams of CO₂ per kilometer in 2019 to 113 in 2020.

This trend coincides with data from the Spanish Association of Automobile and Truck Manufacturers (Anfac) on the sale of electrified, hybrid and gas vehicles: in 2020 they grew by 24%, with a spectacular rebound in December of 146.5% over The last month. The association has been asking for a long time to tax the use of vehicles instead of their purchase, to favor the renewal of the park.

The average price of vehicles sold in 2020 grew by 7% compared to 2019, to 19,341 euros including the cost of registration tax. 0.9% of the total were cars of more than 60,000 euros. In this segment, the average amount was 93,041 euros. Anfac sources explain that last year the registrations of large cars were more penalized by the crisis than those of utility vehicles and compact cars, another factor that explains the drop in emissions.

AirPods Max, tested: is it worth spending more on headphones than an iPhone costs?

TELEVISION. A life of passion (s) for the seventh art