Registered employment: it grew again in April with doubts in May due to restrictions linked to the pandemic 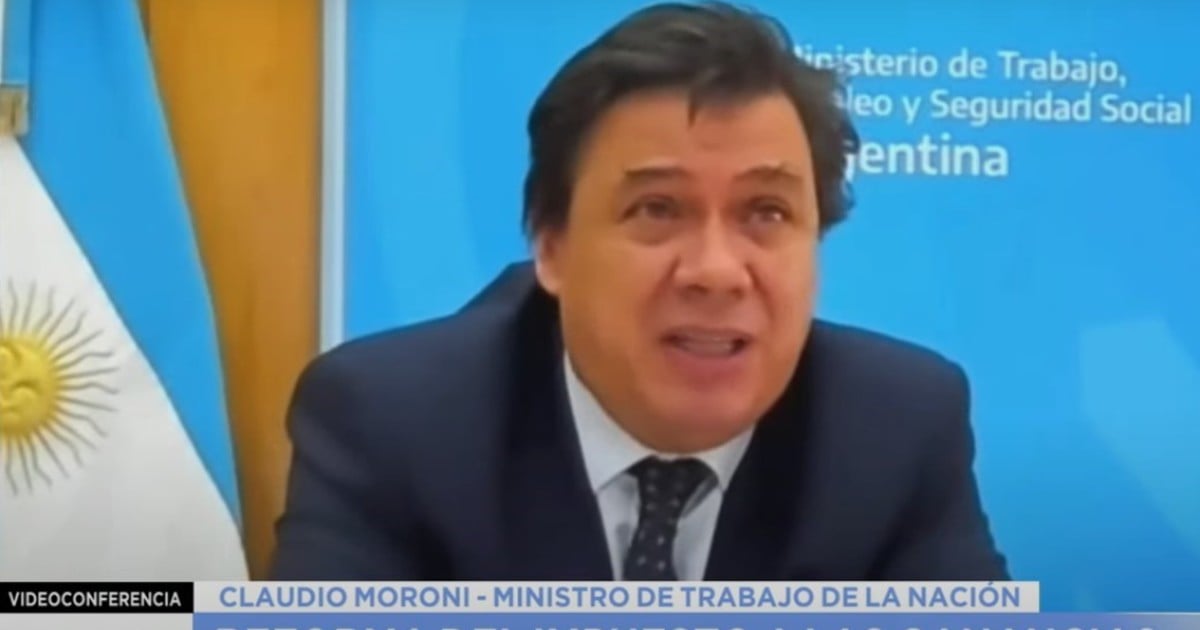 The registered employment in all its forms grew back in April adding a total of 11,983,393 contributors to Social Security. They are 23,000 more than in March and 55,000 more in the seasonally adjusted series.

Its about third month of consecutive increase in formal employment but still not enough to match pre-pandemic levels. In March 2020 they totaled 12,036,593 and 12,387,262 in December 2017, when the recession started, according to the records of the Ministry of Labor.

Despite the improvement in recent months, Work warns that there are doubts about may due to the new restrictions derived from the pandemic.

By type of employment, according to data from the Ministry of Labor, in April, the number of workers with registered salaried jobs showed a monthly growth of 0.7% (in seasonally adjusted terms), which implies the incorporation of 40.6 thousand jobs registered in private companies. It went from 5,853,196 in March to 5,893,844 private workers. With seasonality, there is a drop of 8,492 jobs.

Both in measurements with or without seasonality, the number of private wage earners it is still below the levels prior to the outbreak of the pandemic. In March 2020 there were 5,994,420 registered workers.

However, Trabajo highlights that the month-on-month variation of 0.7% in April “acquires relevance due to the particular context in which it occurs and because since April 2015 there has not been a similar growth rate.”

Meanwhile, the public sector remained at the same levels, although with seasonality it increased by 19,243 people. In total there are 3,228,228 contributors. In this case, they exceed the levels of March 2020 when 3,186,373 were registered.

In the rest of the sectors – monotributistas, self-employed, Monotributo social and personal of private homes – there were no significant changes.

Work adds that “apparently, this expansive dynamic stops in May as a result of the new restrictions on circulation that had to be implemented in the face of the second wave of infections, in the main urban centers of the country.”

“According to the information gathered by the Labor Indicators Survey (EIL), In the month of May 2021, a monthly contraction of 0.2% in the level of registered private employment was observed in companies of more than 10 employed persons of the total of the surveyed agglomerates ”.

The official report adds that “the growth of employment was generalized in almost all sectors of activity. In April, 13 of the 14 sectors evaluated presented a positive variation in employment compared to the previous month. “

It also stands out that “the branches of activity that achieved greater dynamism in recent months were industry and real estate, business and rental activities. Both sectors accumulate eleven months of consecutive growth and managed to exceed the levels prior to the start of the pandemic” .

On the other hand, there was a significant reduction in the number of suspended. In total there were 155 thousand workers in April, 80% less than in the same month of 2020.

“This implies that some 620 thousand people who were suspended in April of last year, returned to their normal work activities. Thus, the incidence of suspensions in total private salaried employment went from 13% in April 2020 to 2.6 % in April 2021 “, says the Report.