Regé-Jean Page, Duke of ‘The Bridgertons’ and aspiring James Bond 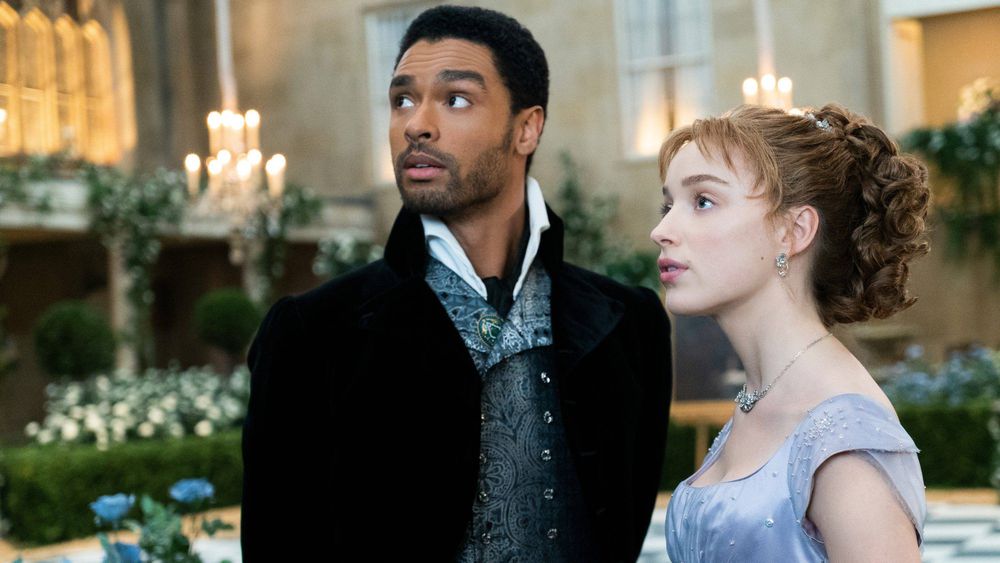 Not the Bridgertons, not the Feathertons, not the Queen of England herself. The revelation of the series season is being a duke. Actor Regé-Jean Page, who plays aristocrat Simon Basset in Netflix fiction The Bridgertons, has become the face of the moment. Practically unknown to date, the actor stars in the eight chapters of the first season with the British Phoebe Dynevor, who plays Daphne Bridgerton, and now points out ways in the acting world in such a way that he is considered the next face of the saga of agent James Bond.

The curiosity that both generate has led them to have been attributed a romance that goes beyond the screen and reaches real life. However, both have denied it. Page, 31, and Dynevor, 25, have become good friends over the months of filming. In an interview in the newspaper The Guardian, Dynevor said that the recording of the series had united them and that they continue to be. “We spent so much time rehearsing together that we became great partners,” he said. “He is now in Los Angeles but we have a lot of communication.”

Page lives in California now that he has become a television star. There he is developing his career, which will probably include scenes in the expected and already announced second season of the series – which is scheduled for the end of 2021 – despite the fact that he will no longer be its protagonist. However, the production has given him unexpected visibility and a leap in quality in his career. Until now his face was not well known, and he had appeared in series such as Estate, which deals with slavery, or the one set in an institute Waterloo roads, where he played a student and in which he also appeared, although at a different time, Dynevor, his partner in The Bridgertons. With a brief career that began to develop eight years ago, his most famous film so far was the post-apocalyptic Mortal Engines (2018) and had made a small cameo in the first part of Harry Potter and the Deathly Hallows (2010).

The actor has spent most of his career in the United Kingdom, where he was born. However, as a child he moved to Zimbabwe, where he grew up. From there he returned to London when he was only 14 years old. He is the third of four siblings, his mother is a nurse from the African country and his father a British preacher, so since he was a child he has lived with racism in a country where interracial marriages were not socially accepted. For this reason he has expressed in more than one interview that the representation of people with different skin tones in The Bridgertons it pleases him exceedingly. In the magazine Square mile, Page said: “It doesn’t help at all when people say they don’t see the color (of the skin)… Please do it, because if you don’t, you don’t see me. And you don’t see the way I walk around the world, nor do you understand the conversations we’re having about color, because for you it doesn’t exist. In addition, in another talk, he stated that he was trying to “break the limits of what is considered ‘normal’ and eliminate labels.”

After returning to London, in his teens Page started a punk band with his brother and dyed his hair green. Art called him and he decided to study at the prestigious Drama Center London, a school from which students such as Colin Firth, Pierce Brosnan, Emilia Clarke or Michael Fassbender have come. Following his graduation in 2013 came the first plays, such as an acclaimed adaptation by Jonathan Munby of The merchant of Venice at Shakespeare’s Globe Theater in 2015.

After several supporting roles, her chance to join the universe of Shondaland – as the universe of Shonda Rhimes, the creator of Grey’s Anatomy or Scandal– it arrived in 2018, with the addition to the series For the people, a fiction of lawyers produced by Rhimes. That was his moment for the almighty producer to notice him. He was struck by being part of The Bridgertons for the “empowerment stories” that the series conveyed, has stated. In addition, the addition of Julie Andrews to the cast – who voices the narrator and signer of the gossip column, Lady Whistledown – also made him especially excited.

These weeks, Page has become the focus of interviews, where he has shelled anecdotes, since he is a great fan of both music and coffee, without which he cannot do on filming, until he had to learn boxing, diction or riding for the series. He has also said that the abundant and explicit sex scenes have not been the most complicated to shoot. For example, they have rehearsed incessantly to give credibility to the many dances they perform, spending two to three days on each one. But above all the physical issue has been hard. For the action, Page got up at five in the morning and trained in a gym and with a personal trainer, as he has explained to The Sun. “He treated me badly for an hour and a half every morning before the day started. I got my strength thanks to surviving him ”, he joked.

The sex scenes were demanding. “The less clothes you wear, the less comfortable it is, because the parts of your body that cannot be seen are usually covered with adhesive tape. Less clothes, more tape. And removing the tape is not pleasant, ”he laughs. So that his family would not have a hard time seeing him, he warned them through a WhatsApp group of which scenes in which chapters could be too sensual.

Thanks to a historical series, Page has become one of the faces of the moment. his Instagram profile It has gone in weeks from having 20,000 followers to 3.5 million. His fame has been such and so immediate that his name begins to sound to be the next Bond, James Bond. For now, we will have to wait to see his next projects, although it will be difficult to lose track of him.

Dead One of Finland’s most prolific studio musicians, guitarist Heikki Laurila, has died