Redding: “Frustrated, but the title is still the goal” 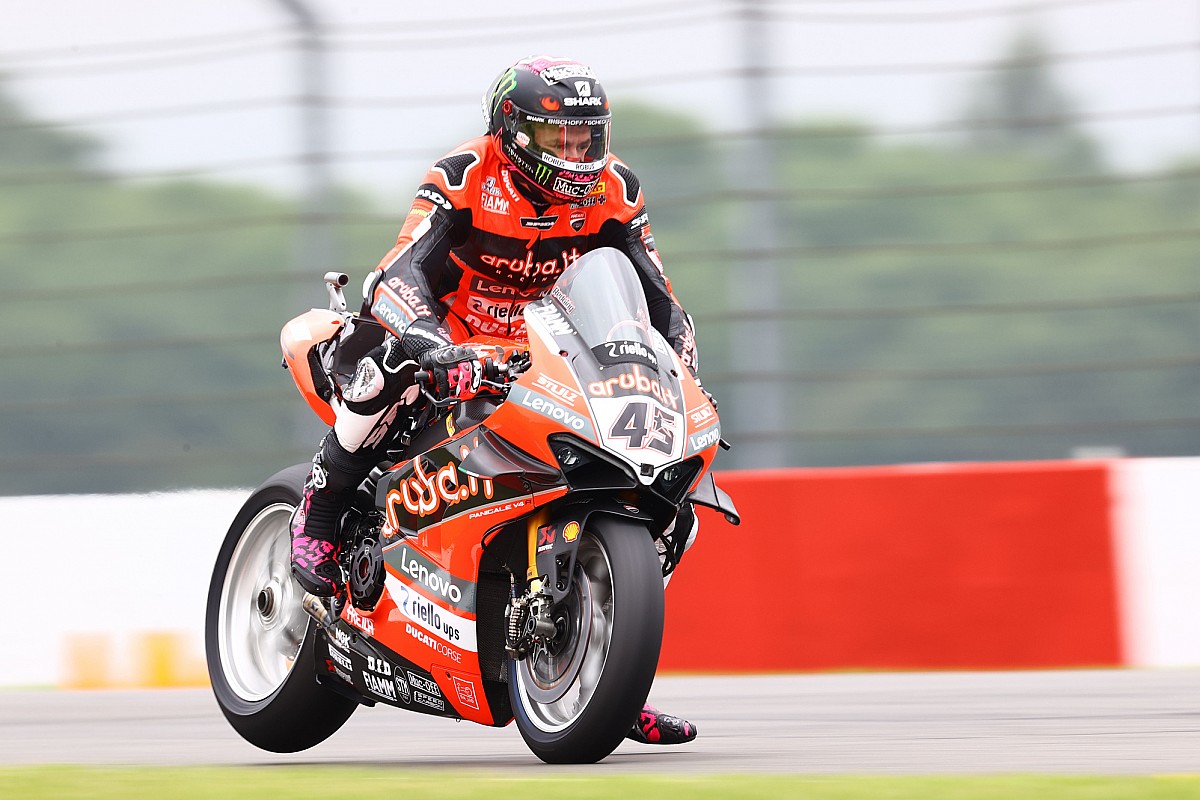 Donington was supposed to be the weekend of redemption, but instead it turned into the worst weekend of the season: Scott Redding leaves Great Britain with two zeros and a fourth place that raises the fortunes of the weekend but not morale. In fact, he remains third in the overall standings, but loses ground from the leader, who is now Toprak Razgatlioglu.

64 are the lengths that separate the Aruba.it Racing – Ducati standard bearer from the top, a gap that is not huge, but which he would hardly be able to fill if he did not change his season. The Donington round, amidst the weather and the desire to do well in front of his audience, sent him into confusion so much that he opted for a wrong tire in the Superpole Race, which relegated him to the last position.

“Needless to say, I was expecting a lot more from this weekend. The Superpole Race was a disaster – explains Redding at the end of the home appointment – choosing the wet tire was my mistake and I realized it already during the reconnaissance lap, but by now it was too late. On Sunday morning, however, I was able to improve a bit compared to Saturday, because all weekend I struggled with the engine brake and was unable to control the bike when entering the corners ”.

In Race 2, however, he took his revenge, recovering seven positions and finishing the last heat of the weekend at the foot of the podium. A fourth place that certainly saves the fate of the weekend but not the world championship: “For the first time this weekend, in Race 2 I had a good feeling, I wanted to get on the podium and I tried to the end, but I couldn’t. . However, I am frustrated with my overall weekend performance. I couldn’t improve and it was really tough. This is not a favorable track for Ducati, everyone struggled. To do what I wanted, I had to force the bike ”.

Redding therefore puts the fourth round of the season on file with a negative balance, but certainly does not throw in the towel and looks to the future. The season is still long and the Briton hopes to be able to redeem himself in the next rounds, in which he will want to nibble a few points to really get back into the fight. He does not forget, among other things, that Rea comes out of Donington with a heavy zero: “The world title is always the goal. The gap is wide, but in Superbike there are a lot of points available and I certainly won’t give up after 4 rounds. Sure, it’s difficult, but not impossible. Toprak is consistent and Rea made a mistake because he seemed under pressure. We will see what happens now, because maybe I will not be in the fight, but for Jonathan it will be a difficult situation, being under pressure ”.

Michael Ruben Rinaldi also closes the English round with a hint of disappointment. The Romagna rider came from two splendid victories at Misano and found himself fighting in the middle of the group, becoming the author of dull races in which he never managed to fight with the leaders.

As proof of how difficult Donington was on the Panigale V4R, Rinaldi also collected a zero in the Superpole Race: “It was a very strange weekend with variable weather conditions that didn’t allow us to work properly. In Race 1 and in the Superpole Race I was perhaps too ‘cautious’ and I lost a lot of positions. Race 2 was the most normal race of the weekend, in dry conditions. I can’t be happy with the final position but we have understood many things that I am sure will help us in the future. I am a bit sorry for the results of this weekend but I am sure that already in Assen we will be very competitive again ”.