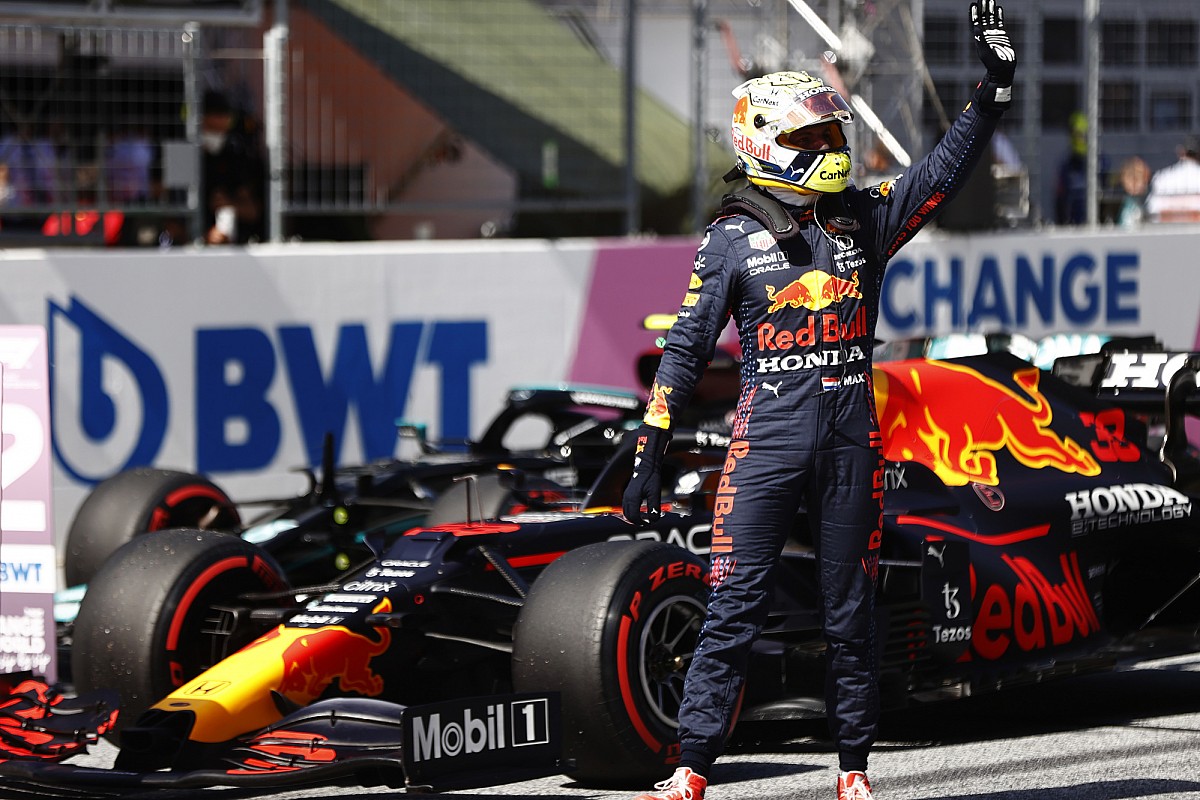 “We had been trying for many years to get pole position on what is our home track, and we finally succeeded.” Christian Horner enjoys the moment, and after so many years spent as a privileged spectator under the podiums of Mercedes triumphs it could not be otherwise.

Race after race, Red Bull also convinced all those who foretold the return of Mercedes, because it was difficult to think that the World Champion team would not put things back in place, that is, in their direction. But with a third of the season behind him, it is now clear that Max Verstappen will be able to have his say in all the stages on the calendar.

The Dutchman has already won two times at Spielberg, but on both occasions Verstappen and Red Bull had been able to seize the moment, playing for a throw-in. Today they no longer have the need to hope for favorable circumstances, but they can count on their own strength to stand for the top step of the podium.

In the qualifications completed today on the Red Bull Ring, another show of strength arrived one week after that of Paul Ricard: they are no longer exploits, nor a matter of track or temperatures. Red Bull is strong, and Max Verstappen is the perfect interpreter.

The first to be aware of the current state of grace is Max himself, who today in the Q2 session, after obtaining the time with the medium tires, returned to the track with a set of soft. A precautionary exit, since there was no certainty that with the second ‘run’ the times would not drop significantly.

Max set off for the fast lap on red tires, which as usual was then aborted at the finish line, but after finding some traffic at turn ‘1’, the Dutchman lifted his foot and proceeded slowly.

“I think my engineer would have fired me if we hadn’t passed Q2 – said Verstappen amused – he was upset that I hadn’t done the lap with the soft. He turned on the radio and said ‘I know you wasted some time in Turn 1, but you should have pushed anyway, at least to see how the tires worked!’.

“I didn’t answer him, but I think in the end he convinced me to push even harder in the first ‘run’ in Q3.” And Max actually pushed hard, taking pole position in the first bout, and then confirming with the second. set a slightly slower time trial but still sufficient, if needed, to secure pole position ”.

“This year we made a big step in qualifying – commented Max – but I would say that this weekend we also worked very well session after session”.

It’s an excellent period for Red Bull, and Sergio Perez is also contributing to the team moment. The fourth position of the Mexican is perfect for team strategy, because Checo will start in front of Valtteri Bottas, who is the first opponent to keep an eye on for the constructors’ classification. Perez, in reality, did not hide a bit of disappointment, especially for arriving in Q3 with only one set of new soft tires after having to use an extra train in the Q1 session.

“Tomorrow I will not start with the medium tires – explained Perez – but we still have an interesting strategy also with the soft ones. There are several opportunities, and I will play it ”.

“Checo will have to try to overtake Lando quickly – clarified Horner – which I think he can do, and then we have to try to put pressure on Lewis to maximize the result of the race. One thing is certain, it will be a battle fought at the front ”.

Red Bull is aiming for a brace, and the intention is not even so hidden. And in the light of what we have seen so far in the Spielberg weekend, it does not seem like a braggart, but a concrete hope confirmed by today’s verdicts and Friday’s race simulations.

Mbappé attracts the wrath of a coach of the Blues!

Cuauhtémoc Blanco on the hunt for Santiago Baños within Club América

The millionaire amount that Getafe would pay for the signing of JJ Macías
Poker in Wales (with an “Italian” goal), this Denmark is now scary
Comment