Red Bull – Mercedes: telemetry says that roles have been reversed 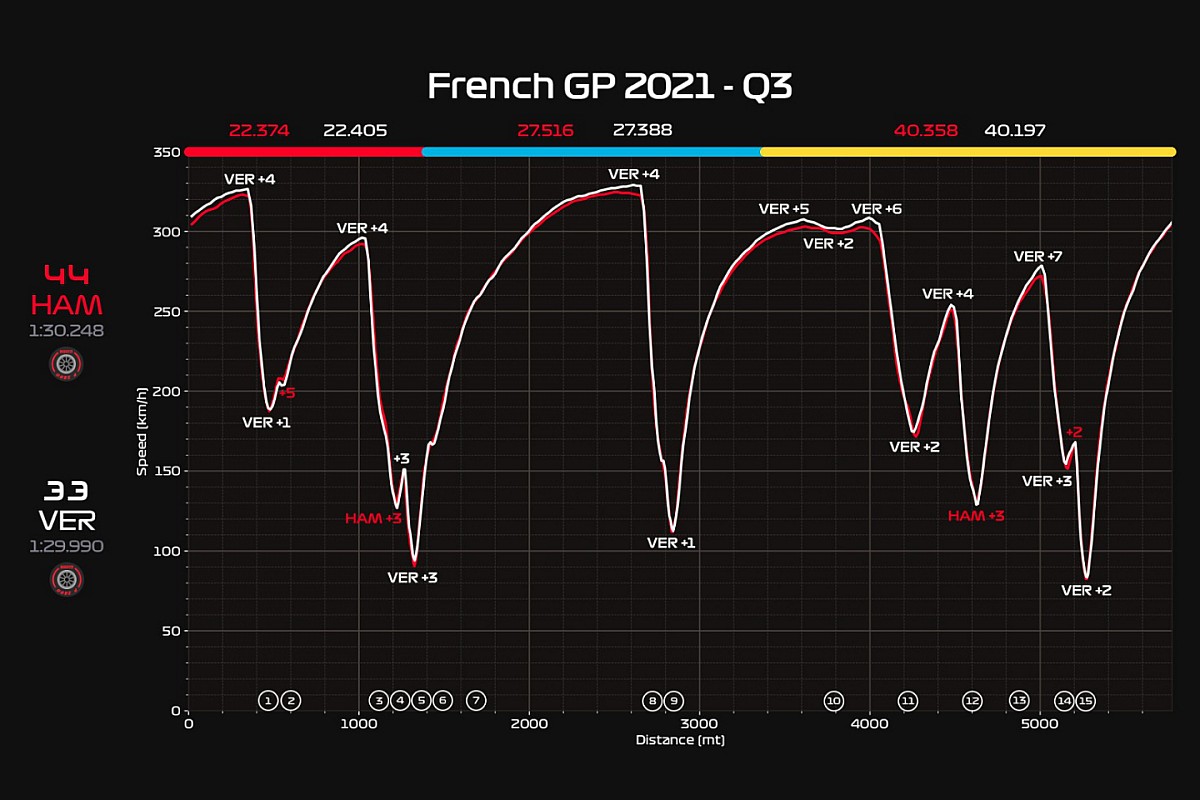 Red Bull took the scepter, snatching it from Lewis Hamilton’s hands. Paul Ricard is no longer a land of conquest for Mercedes: Milton Keynes’s team with the RB16B has managed to find the right alchemy between the qualities of the chassis, aerodynamics and the Honda power unit to be the technical reference point of the paddock.

In Baku they had collected the power data of the engines thanks to the sound level measurements: the Azerbaijani numbers still attributed a superiority to the Mercedes power unit of about fifteen horses that were not seen at the Castellet. Honda in France debuted unit 2 of the RA621 H engine and, in addition to renaming the heads with the initials e-TECHNOLOGY, it took a small step forward in absolute power value, the result of painstaking fine-tuning work.

On the long straight of the Mistral (with a wind blowing diagonally with respect to the trend of the cars) Max Verstappen was the fastest at the speed trap with 328.7 km / h, while Lewis Hamilton did not go beyond 326.6 km / h h. The merit is not to be ascribed only to the increased engine qualities, but also to the particularly exhaust aerodynamic structure chosen by Red Bull.

In free practice Max chose a less extreme spoon rear wing than the one mounted in Baku, but less resistant than the one used by teammate Sergio Perez in free practice. The RB16B has the ability to produce a lot of vertical load with the car body, so even the Mexican driver was able to afford the solution approved by the Dutchman in qualifying.

Since F1 returned to Marseille it has always been a land of Mercedes conquest, while today’s qualifying has sanctioned that something has changed in absolute values ​​and it will be important to understand how much tire management can be decisive in the result, net of the controversy on the pressures.

Red Bull has the ability to preserve the tires even in the third section of the track, which proved to be very abrasive, while Mercedes struggled to achieve full performance until closing the lap.

Lewis Hamilton, in serious crisis in free practice, decided to copy the set-up of Valtteri Bottas, revolutionizing his car before qualifying and benefited greatly by managing to contain the gap from Verstappen only in 258 thousandths of a second.

And the Englishman put his effort into making a difference on the Finn, so much so that he didn’t feel cut off from the fight for victory in tomorrow’s race. It will not be an easy game because Red Bull and Mercedes will copy the strategy, since they will start with medium tires and will be able to switch to hard, without fearing the risk of having to make two stops.

The Red Bull seems more agile with the full tank, a phase in which the W12 suffers the most, but then the black arrow can be a nice thorn in Max’s side, even if, on a track where overtaking will not be easy, the dowry of the pole position could be very heavy.

At Paul Ricard we witnessed a reversal of the usual values: we no longer see a Mercedes that excels on the straights and a Red Bull that stands out in the driven sections. The trend seems to have reversed: just look carefully at the graph that was drawn up by the staff who collaborates with Matteo Bobbi.

The telemetry data, with the overlap of the best lap in Q3 of Verstappen and Hamilton, testify what we are saying: Red Bull left something in the transients (in the travel of turns 2, 4 and 12) where Lewis showed an advantage ( from 3 to 5 km / h), while the differences became more striking in the fastest sections with a prevalence of the RB16B in all the peaks, both in the straights and in the support curves.

It is curious to note that even the energy distribution generated by the ERS is more efficient on the Red Bull, with the Mercedes power unit forced to resort to clipping in the final part of the two sections that make up the Mistral obverse.

In short, we observe phenomena that clearly go against the trend with what we have previously recorded to underline a… overtaking that is not measured only in the points in the two world rankings.

The feeling is that beyond the difficult gestation of the W12, in Brackley they find it difficult to extract the true potential of the black arrow that emerges only after a long work of fine-tuning, while it was characteristic of Mercedes to bring on the track single-seaters capable of expressing immediately what they were capable of.

As if the simulation work that has always given extraordinary results over the years reveals stretch marks in the data, making it much more difficult to develop a machine that is still the heir to the W11 world champion.

The world championship challenge, therefore, offers us a very exciting comparison played on tenths of a second, in which even aspects that may seem secondary can take on an important role in the final result. Toto Wolff has hinted that in Baku there are teams that have “played” with tire pressures.

The post-checks on the tires that the FIA ​​has introduced from this race will serve as a deterrent to any sneakiness, so we will know if there are those who have benefited from advantages by racing with pressures lower than those prescribed by Pirelli. The battle is not just between the drivers, the teams, the cars. It extends to everything that can give even a minimum political or sporting advantage … 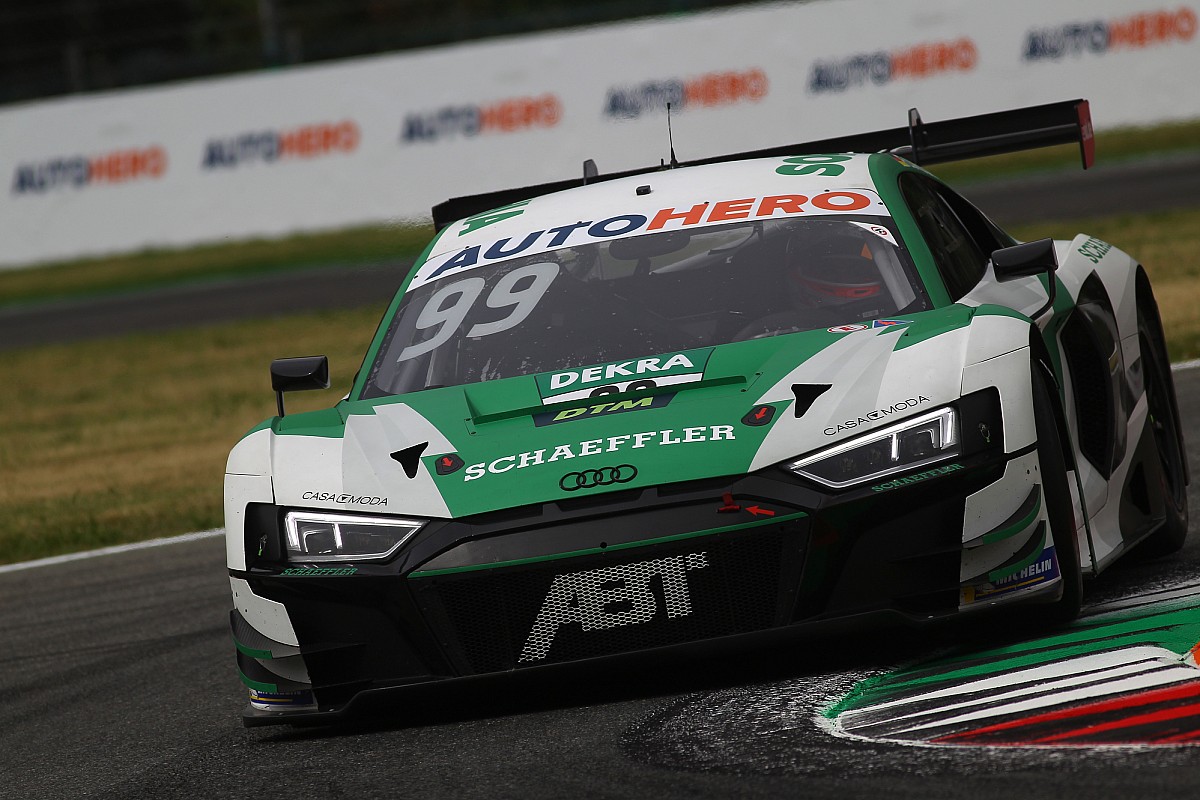 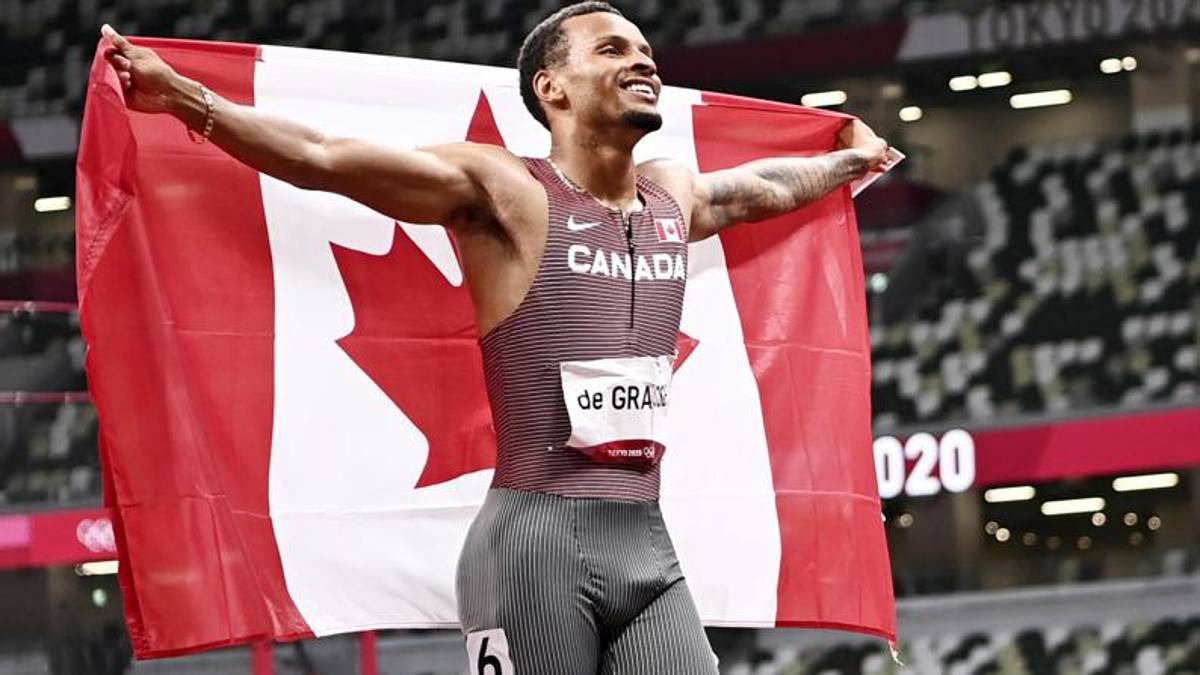