“I don’t understand why he went through that part of the track, it’s disappointing because it damaged both of our riders.” At the end of qualifying held yesterday in Mexico City, Christian Horner criticized the behavior of Yuki Tsunoda, considered by the Red Bull team principal the reason why both Max Verstappen and Sergio Perez were unable to aim for pole position.

Helmut Marko doesn’t think otherwise: “Max would have won pole, we were already ahead before that problem, I don’t understand what Yuki was doing in that area of ​​the track, his job was to give Gasly the wake”.

At the end of qualifying Tsunoda appeared surprised by the criticism that rained down on him from the Red Bull drivers. “What was I supposed to do? Do you think something was wrong – commented the Japanese driver in the interview with journalists – I do not think I had any other space available at that point of the track (turn 10), I also had a radio countdown (with the engineer) and frankly if I found myself in the same situation again I could only do what I did “.

From the interview with the engineer, it emerges that Tsunoda was warned in turn 9 that Perez was on the way, launched in a fast lap, but the gap indicated was 4 seconds. A margin actually greater than what we saw later, as Tsunoda glimpsed the Red Bull driver in the mirrors immediately after.

At that point the Japanese left the roadway along the escape route. Perez had the free trajectory to continue the fast lap, but distracted by the AlphaTauri he made a mistake in braking, justifying himself with having to brake in the ‘dirty’ air that took away aerodynamic load and ended up off the track.

A scenario not impossible but not obvious, given that Tsunoda’s AlphaTauri proceeded slowly, and its wake must not have been so pronounced.

More justified instead Max Verstappen, who arrived at turn 10 a few moments later. Max saw two single-seaters on the run-off, but still kept the line going around the corner.
“I saw the dust raised outside the 10 – explained the Dutchman – and I thought that the yellow flag would appear in a few moments. It all cost me two and a half tenths ”.

Two and a half tenths is the same margin that Toto Wolff has indicated as already lost (compared to the pole time) by both Red Bull drivers before the ‘crime’ with Tsunoda.
“What happened between the Red Bull drivers at turn 10 is none of my business – he explained – but from our analyzes it does not appear that Max and Checo were fighting for pole, after the first two sectors they were already behind, something like two tenths or two and a half tenths “.

After the customary press conferences, more in-depth analyzes began, which confirmed that Red Bull found more significant obstacles than Tsunoda during qualifying. Obviously we are talking about tires, and it was Marko himself who admitted that something did not go as planned. Both Perez and Verstappen in their fast laps suffered from a low temperature problem on the front axle, while in the final corners the rears were overheated.

The finger is pointed on the outlap, the warm-up lap prepared following the indications that emerged in the FP3 session, held on a more slippery track, and the result was not as efficient as expected.

A confirmation in this sense also emerged from the Mercedes statements, which indicated precisely in the perfect outlap of Hamilton and Bottas one of the key steps to be able to monopolize the front row of the starting grid.

Mercedes decided to send Hamilton and Bottas to the track last, therefore in ideal conditions to be able to warm up the tires, taking the risk of having to abort the lap if there were yellow flags. A choice that has paid off. 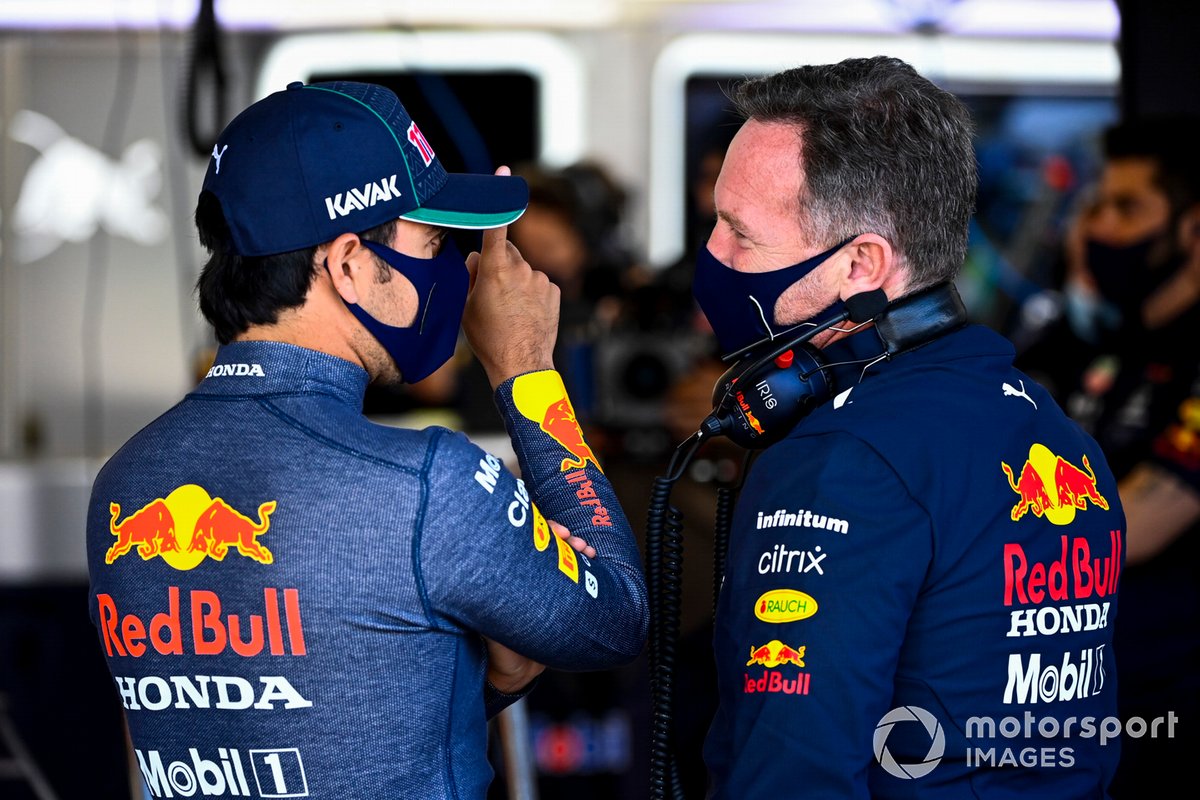 In Kiev, they talked about the military superiority of Ukraine over most of the NATO countries