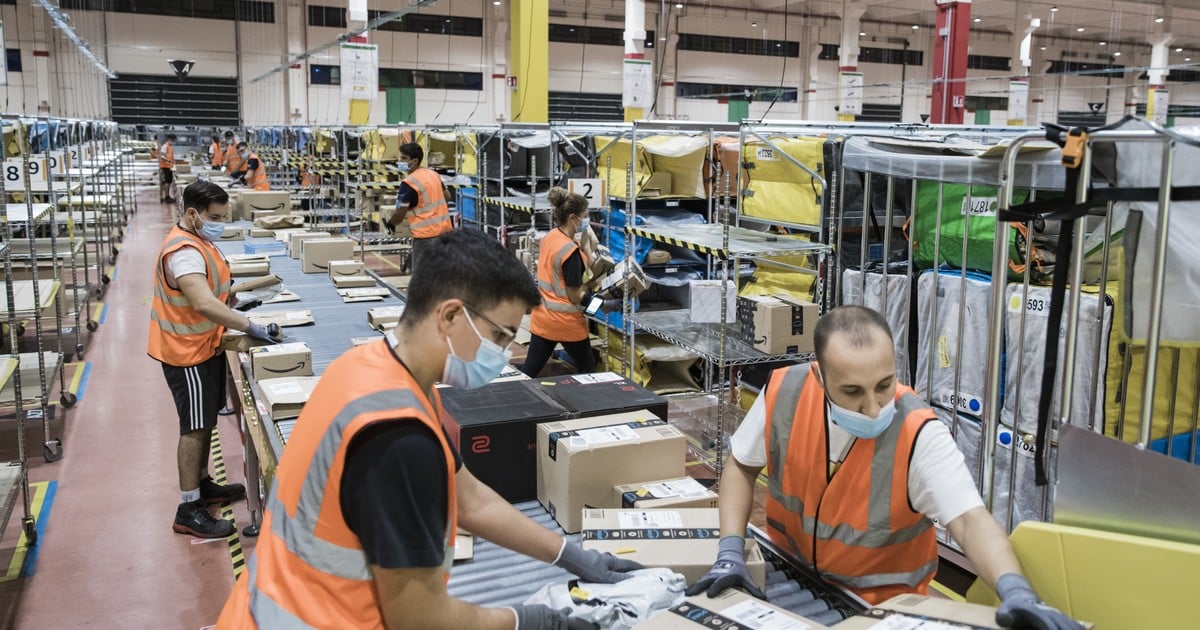 In his final letter to Amazon shareholders, Jeff Bezos urged an investigation into the multiskeletal disorders (MSD) workers in the e-commerce giant’s warehouses suffer more and more frequently.

They represent approximately 40% of work-related injuries company-wide and affect millions of workers around the world, in all sectors.

MSDs, often called ergonomic injuries, are usually Strains and sprains caused by repetitive movements, overexertion, or performing tasks in awkward positions and include problems such as carpal tunnel syndrome and tendonitis.

Amazon’s treatment of its employees has become a matter of public concernFrom the recent union battle in an Alabama warehouse to the conditions of its essential workers during the pandemic.

Jeff Bezos, at the center of the controversy.

“If you read some of the news reports, you might think that we don’t care about employees. In those reports, our employees are sometimes accused of being desperate souls and being treated like robots. That is not exact. They are sophisticated and thoughtful people who have choices about where to work.“Bezos pointed out days ago.

This statement of intent came after Amazon has been challenged by regulators, unions and activists around the world.

And it’s been cited for a high incidence of workplace injuries in recent years, although the company has said in the past that it also reports more incidents in the workplace than their peers due to a more proactive safety culture.

The still CEO of the company argues in the letter that Amazon’s success stems from its history of invention and added value to society.

“Any business that does not create value for those it touches, even if it appears successful on the surface, does not remain,” the letter says.

And, also, he has set the goal of becoming an example of an entrepreneur. “We are going to be the best employer on Earth and the safest place to work,” he said.

This commitment, in addition, will lead it in the first person because after leaving the day-to-day management of the company, he hopes to focus on invention and new initiatives, including working with Amazon’s logistics teams on new worker programs.

“In my next role as CEO, I will focus on new initiatives. I am an inventor. It is what I enjoy the most and what I do best. It is where I create the most value. I’m excited to be working alongside the great team of passionate people we have, “the letter reads.

But the high rate of MSD sufferers occurring in jobs that include what can be described as robot-like repetition.

Bezos’s extended comments about this workplace injury constituted one of the first announcements by a large corporation to draw more attention to the subject.

Estimates suggest that MSDs cost American businesses more than $ 50 billion each year and resulted in between 21 and 32 days away from work on average between 1997 and 2010.

In addition to work in the Amazon warehouse, TME issues at meat and poultry processing plants have recently drawn attention.

Science Oxford professor studies the Middle Ages, but in his free time a Finnish fan learned the language in four years – a poem for Mannerheim can be found in a recent work

Relaxation for vaccinated people: Spahn goes to the Corona cabinet with hope – SPD slows down gastronomy