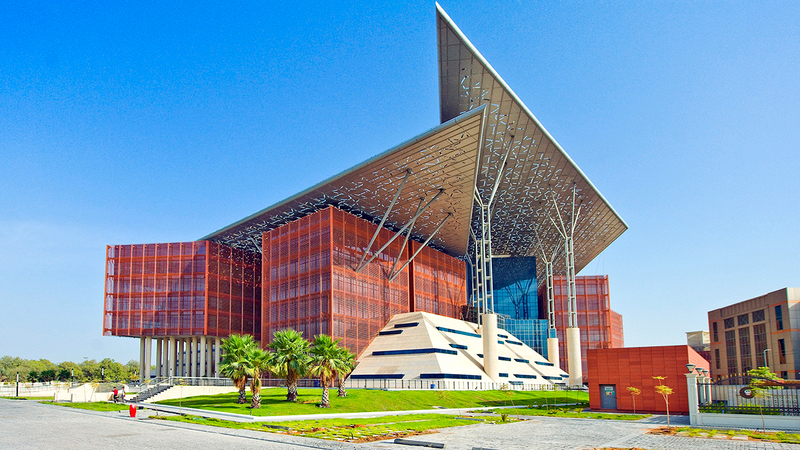 The Abu Dhabi Court of Appeal upheld a ruling of the Court of First Instance, which ruled that a car transport company and a recovery winch driver must pay an amount of 44,974 dirhams to a car agency, and oblige them to pay a delayed interest of 5%, as compensation for hitting the company’s winch three cars. affiliated with the Agency.

In the details, a car company filed a lawsuit requesting to compel a car transport company, driver and insurance company, jointly and jointly, to pay it 56 thousand and 218 dirhams, and to oblige the defendants in solidarity to pay it the legal interest at the rate of 12% annually of the amount ruled from the date of the claim Judicial charges until full payment, and obligating the defendants to pay judicial fees and expenses and attorney fees.

She indicated that the plaintiff, a limited liability company, the first defendant is a car transport company, and the second defendant is the driver of the “recovery” vehicle, which is a vehicle for transporting vehicles owned by the first defendant, and the third defendant is an insurance company, explaining that the second defendant was contacted to transfer A car was broken down by his car. While unloading the aforementioned car, as a result of negligence, carelessness, and lack of caution, the loaded car hit two cars that were in the plaintiff’s possession during the periodic inspection, which led to the damage of the three vehicles as a result of the collision.

The plaintiff explained that the car (recovery) was owned by the first defendant, and insured by the third defendant under an insurance policy, and the third defendant demanded to repair the cars, but she did not move, forcing her to repair the cars, as she was in possession of the periodic inspection, Repair and maintenance expenses were incurred at a total value of 56,218 dirhams, while the court assigned an insurance expert, and the expert performed the task and deposited his report.

The Court of First Instance ruled to obligate the first defendant and the second defendant to jointly pay the plaintiff an amount of 44,974 dirhams, and to obligate them to pay the plaintiff a delayed interest of 5% of the amount ruled from the date of the judgment becoming final until payment is made, not exceeding the original amount awarded. , with obligating them to pay the fees and expenses of the lawsuit, and the lawsuit was rejected by the third defendant, the “insurance company”.

The first defendant was not satisfied with the verdict and appealed it, claiming that the verdict did not appear in the papers, and there is no accident report specifying the damage to the two cars on the ground or the car carried on the recovery, noting that the damages to the three cars were maintained at the claimant agency, and the maintenance costs do not exceed 10 Thousands of dirhams, and requested the cancellation of the appealed judgment and the assignment of an expert to determine the value of the repair in accordance with the three car models, and to oblige the appellant to pay expenses, fees and attorney fees.

For its part, the court affirmed in the merits of the ruling that the trial court has the absolute authority to assess the work of the experts as an element of the evidence in the case, and it has the right to take it when it is satisfied with it, and finds in it what convinces it of the soundness of the foundations on which it was established and the adequacy of the research that it conducted, noting that The driver of the vehicle that collided with the two cars did not take the necessary precaution, which is a case of error without foresight, and the court ruled that the appeal was accepted in form and in the matter by rejecting it, supporting the appealed ruling and charging the appellant with expenses.

A car loaded on a “recovery” hit two vehicles as a result of negligence, lack of attention and recklessness.