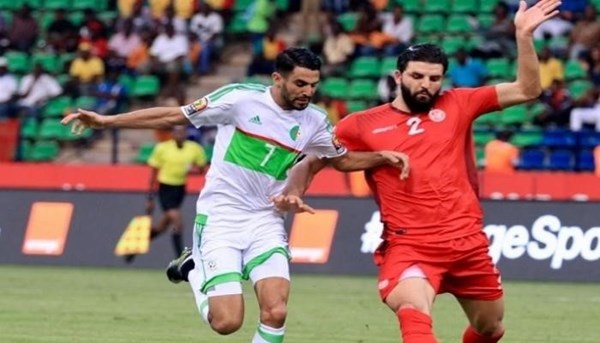 The Algerian team, the African champion, seeks, during its friendly match with Tunisia, tomorrow, Friday, to enter history by breaking the African record for the longest unbeaten march on the continent, after it equaled last week the record held by the Cote d’Ivoire team with 26 unbeaten matches.

At the same time, the “Carthage Eagles” team, which has not lost a match against Algeria at home since 36, aspires, and wants to continue imposing its heels, especially as it is living a positive phase with coach Munther Al-Kabir during the last 22 months, winning 8 matches and a draw in two, And not to taste defeat in any official or friendly match.

The degree of excitement rose among the fans of the two teams through social media, which increases the heat of the “derby”, and motivates the players to present their best offers to get a positive result. The audience is expected to enjoy artistic performances by some of the best African players in Europe, such as Riyad Mahrez, the star of the Algerian national team and Manchester City player, and Hannibal Al-Majbri, the player of the Tunisian national team and Manchester United.

The positive march of the Algerian national team began since October 18, 2018, which witnessed the loss to its host Benin 1-0 in the qualifiers for the 2019 African Nations Cup, which the “Desert Warriors” crowned with its title, and during this positive march it won in 18 matches against a draw in 8 matches.

At the international level, Spain has the longest losing streak in avoiding defeat by 35 matches between February 2007 and June 2009, equal to the Brazil team, which achieved the same number between February 1993 and January 1996.