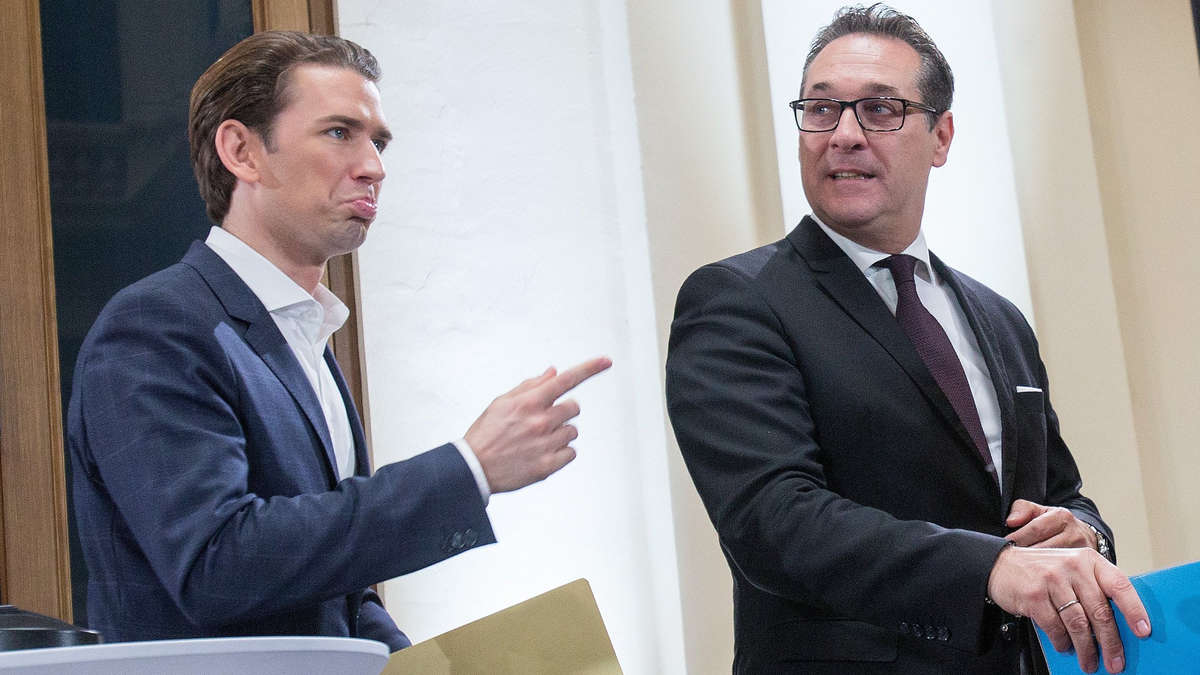 Austria’s ex-Vice Chancellor Heinz-Christian Strache will be tried. After the end of the committee of inquiry, the short party ÖVP also got into trouble.

Vienna – It was a political earthquake that shook the Federal Republic of Austria in May 2019 and caused the government of the ÖVP and FPÖ to break – the Ibiza affair. More than two years after the scandal, the committee of inquiry has come to an end.

At the conclusion of the Ibiza Committee of Inquiry, the parties drew different conclusions. What the former government of the conservative ÖVP and right-wing FPÖ tried to do, argued the Greens. Specifically: “The goal of the turquoise-blue federal government was to secretly, quietly and quietly rebuild the republic in favor of its own friends,” said the MP Nina Tomaselli from the Greens, who now govern together with the ÖVP.

From the point of view of the liberal Neos, this also shows that documents were only delivered at the last minute about planned tax breaks for the super-rich, according to Neos MP Nikolaus Scherak. On behalf of the social democratic SPÖ, MP Jan Krainer pointed out that the work of the committee had been hindered in an unprecedented manner by the ÖVP.

The committee has deepened the domestic political rifts in Austria through the sharp disputes. Most recently, ÖVP finance minister Gernot Blümel had only delivered numerous files to the committee under pressure from the Federal President, to the indignation of the opposition. He justified this – based on legal reports – among other things with data protection. The opposition called for his resignation.

The ÖVP accused the opposition, in the person of MP Andreas Hanger, of waging a “fight against the current Chancellor Party”. “The investigative committee was actually a subordinate committee.” Chancellor and ÖVP boss Sebastian Kurz may meanwhile face charges on suspicion of false testimony before the committee. It is about connections to the head of the state holding ÖBAG, Thomas Schmid. After suspicious chats were secured on his cell phone chats, Schmid resigned.

The committee investigated the suspicion that the ÖVP-FPÖ coalition, which ruled from 2017 to 2019, was for sale. The investigation was triggered by a video from 2017 published by the German media in 2019. It showed Strache and Member of the National Council Johann Gudenus at a meeting with an alleged Russian oligarch. In the video, Strache appeared susceptible to corruption and reported about a possible takeover of the Kronen newspaper.

The former Vice Chancellor hinted in the clip that he was indirectly influencing the reporting and spoke of wanting to “push” certain politicians and the FPÖ in general and “dump” political opponents. Strache himself denies the allegations. There is also talk of a donation to the FPÖ and other benefits in return. If the FPÖ won the National Council election in 2017, one could “talk about everything”. The FPÖ became the third strongest force and formed a turquoise-blue coalition with the ÖVP. After Strache’s resignation and the failure of the coalition, the ÖVP formed a government with the Greens after the early elections.

The prosecutor has meanwhile expanded the indictment. In October 2016, a donation of 2000 euros from the operator of a beauty clinic to the FPÖ is said to have served to interest Strache in the concerns of the clinic. For selfish reasons, the 52-year-old is said to have helped the clinic operator to include his 20-bed clinic in the private hospitals financing fund (Prikraf). The fund also reimburses medically necessary services on a pro-rata basis for those with statutory health insurance.

Ibiza affair: “In the end, the republic will be a little bit cleaner”

The panel has surveyed 120 people, including millionaires and billionaires, for more than a year. In addition, 1.2 million pages of files were viewed. The parliamentary groups will write their final reports in the next few weeks. The official end of the committee is September 22nd.

The committee was extremely successful in its search for impermissible proximity between business and politics, said Tomaselli. You assume that a self-cleaning process has been set in motion. “At the end of the committee, the republic will be a bit cleaner,” said the Green politician. (as / dpa)