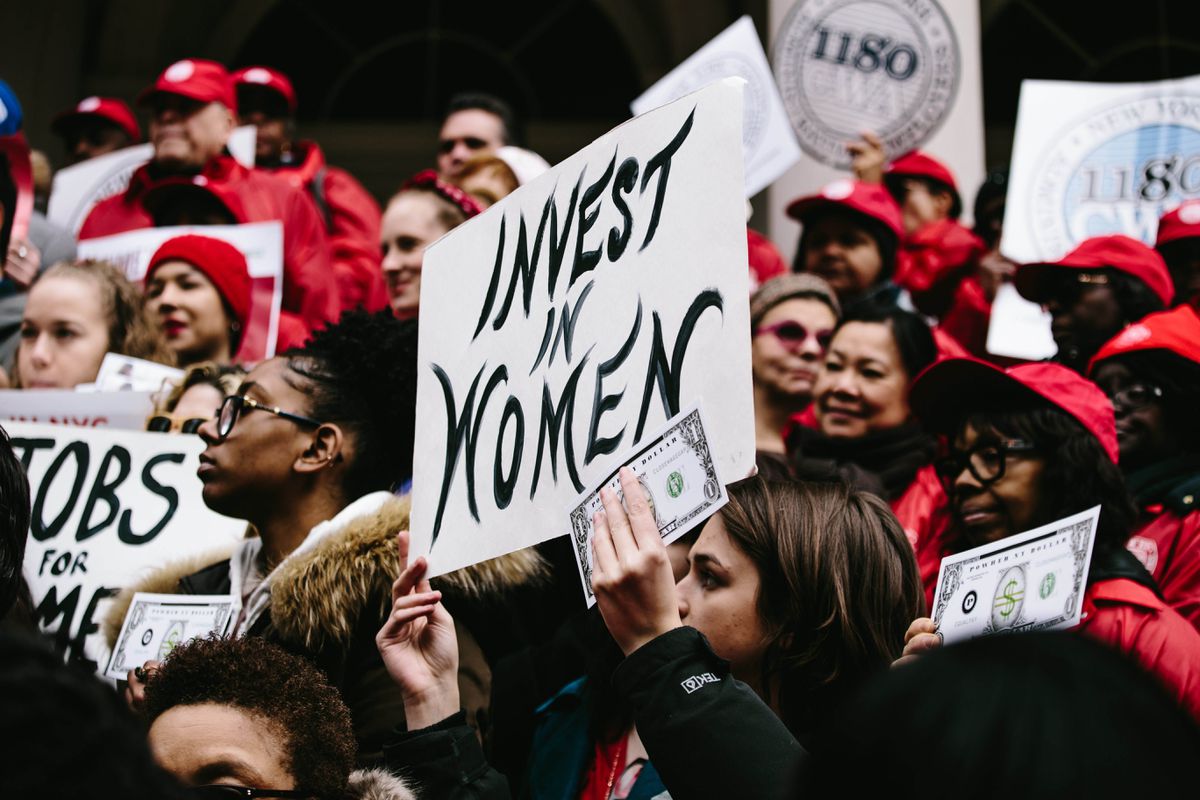 The covid-19 pandemic has exposed and, at the same time, exacerbated inequalities. If leaders are serious about “building back better,” policies to overcome the systemic deficiencies that underlie these inequalities must be at the center of their agendas.

One of these inequalities is precisely the gender gap. Since the pandemic began, women have suffered job losses at a higher rate than men, mostly because they are overrepresented in many of the worst-hit industries, such as food service and retail, and face higher levels. of social precariousness and food insecurity. The pandemic will also increase the gender gap in the impact of extreme poverty. In addition, as feminist thinkers such as Silvia Federici have pointed out, the burden of domestic work, already disproportionately present on women, became much greater during confinements to curb the pandemic. At the same time, domestic violence against women has become more severe and frequent since the pandemic began.

Not surprisingly, women’s mental health has also suffered disproportionately over the past year. The burden of the pandemic has been particularly heavy for women, also subject to other forms of marginalization, based on race, age or immigration status. More generally, the pandemic has widened the divide between rich and poor. A handful of billionaires have seen their wealth skyrocket over the past year, while lower-skilled workers have faced far more severe job and income losses than higher-skilled workers. The top income decile, largely comprising workers who have been able to work remotely during the pandemic, have increased their savings, while many laid off workers have turned to debt to stay afloat. This has increased the number of people over-indebted or with minimal savings.

Globally, there are large differences between the ability of developed and developing countries to respond to the COVID-19 crisis. Advanced economies have mobilized, on average, 25% of their GDP to mitigate its effects, compared with 7% in developing countries and only 1.5% in the poorest countries. And while rich countries will be able to have their entire population vaccinated by mid-2022, more than 85 poor countries will not have widespread access to vaccines before 2023.

In this context, “rebuilding better” must translate into the creation of an economy that works for all, which already in 2013 the then president of the United States, Barack Obama, defined as the “greatest challenge of our time.” But this is not just a matter of empowering those who have been “left behind” by globalization, providing more resources for education, training and capacity building. That widely endorsed “solution” is based on optimistic, but deeply flawed, assumptions about the contemporary world order.

Indeed, addressing current inequalities requires a much more comprehensive and critical assessment of the underlying systemic causes. The disproportionate impact of the pandemic on women, for example, is the direct result of deeply ingrained patriarchal rules and norms, which perpetuate segmented structures in the home, the labor market, and the workplace.

It is because of these rules and regulations that, when the care infrastructure deteriorates, the responsibility for care falls on women, and when jobs are scarce, women are the most affected. Indeed, in these circumstances, many women are forced to access precarious jobs, where they are vulnerable to physical and sexual violence. But even when a few women break the glass ceilings, most of the women remain on the floor, sweeping up the fragments.

Initiatives aimed at empowering women within the current system, for example by fostering entrepreneurship in women or ensuring equal rights at the legal level, are certainly vital. But any truly structural change will require us to address the deeper effects of patriarchal power dynamics, and that means challenging and reforming the system in which they are embedded.

The same is true of closing the gaps between the haves and the have-nots, both within and between countries. As the Nobel Prize-winning economist Joseph E. Stiglitz has argued, the rules of the game are designed to strengthen the position of those already at the top of the development ladder, while holding back the least well off. Those rules have benefited creditors over debtors and have fueled speculation rather than productive investment. Intellectual property rights and other restrictive business practices have increased the market power of large transnational companies, including tech giants, over smaller suppliers and consumers, thereby undermining innovation.

The rules of the game have also allowed large companies to hide their profits in tax havens, instead of paying their fair contribution to society or undertaking job-creating investments. The effect of these dynamics on declining public revenues has weakened the state’s ability to provide public goods, correct market failures, and even to meet the immediate needs of citizens during a crisis.

Perhaps the riskiest part of all this is that the growing awareness that inequalities require profound structural changes has eroded public trust in institutions, fueled political fragmentation and social discontent, and led to growing mistrust. between countries. From skepticism about vaccines to a lack of international coordination, the Covid-19 crisis reflects the consequences of these trends.

Seventy-five years ago, the Charter of the United Nations called for collective action to face the new challenges of an interdependent world. Today our world is more interconnected than ever, and yet rampant inequality is diminishing our ability to generate the necessary collective responses to the problems we face. To reverse this trend it is necessary to address the unjust power dynamics that are embedded in the global economic system.

Maria Fernanda Espinosa She is a former President of the United Nations General Assembly, was a former Minister of Foreign Affairs and Defense of Ecuador. Copyright: Project Syndicate, 2021.