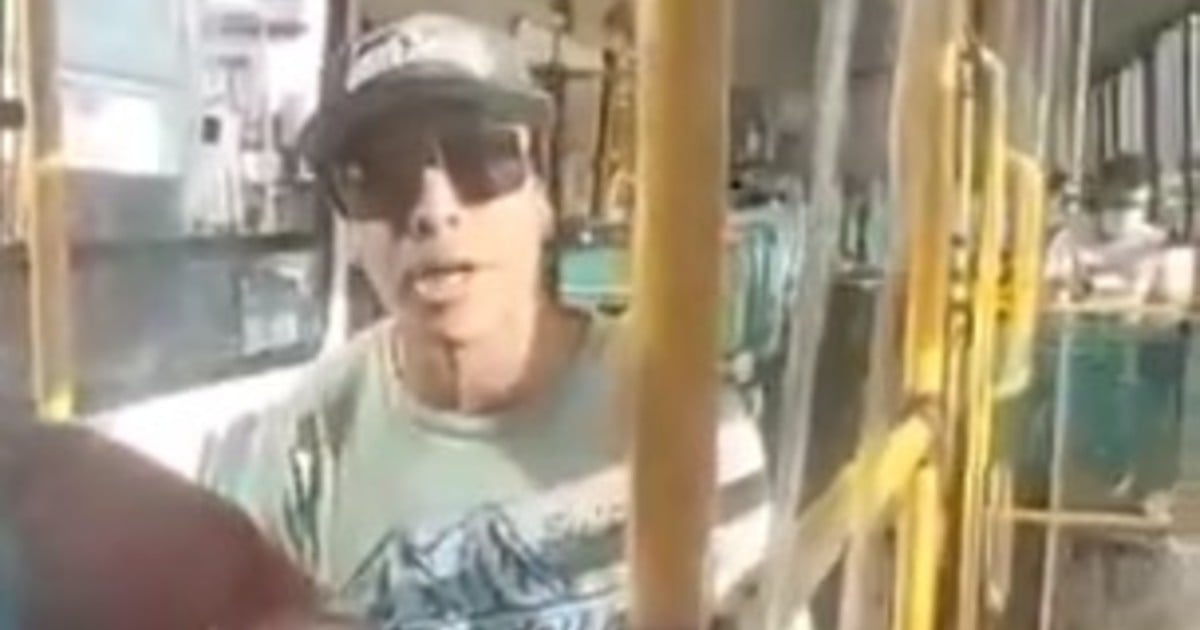 If there is one thing that is clear since March 20, 2020, it is that the mask is mandatory, especially in public transport. But… A 31-year-old man was forced by the City Police to get off a bus for not wanting to wear the chinstrap.

“It is wrong (to use the chinstrap), to you too, it is not that to me alone, what happens is that he watches a lot of television”, The man said to the City Police officer who was trying to persuade him to get off the bus.

It happened on the General Paz avenue collector, at the intersection with San Martín avenue, at the height of Villa Madero, this Sunday around 5:00 p.m., when the driver of the Line 28 he signaled to the Buenos Aires police officers who were in the area.

The driver not only filmed all with his cell phone, a video that was broadcast on Twitter by the @policialon account, but instead warned the agents that the passenger She refused to put on the chinstrap.

The bus stopped in the middle of General Paz Avenue, because the passenger did not get off. Photos: Twitter capture

The man claimed that the use of the mask was “unconstitutional” and that it hurt, and referred to have documentation that allowed him to circulate without a chinstrap.

The bus driver, ironic, sent him to speak to President Alberto Fernández while the passenger asked for the return of the ticket value and threatened to report him, even took pictures of him with his cell phone.

The unruly passenger was identified as Brian Eduardo Aguirre (31) and lives in José C. Paz. Not only was he notified of the violation of the Law on the “prevention of communicable diseases”, but the police officers they gave him a disposable chinstrap after getting off the bus.

The rebellious passenger took photos of the driver who did not let him travel without a mask. Photos: Twitter capture