Real Madrid: this was the party when winning the Champions League, video 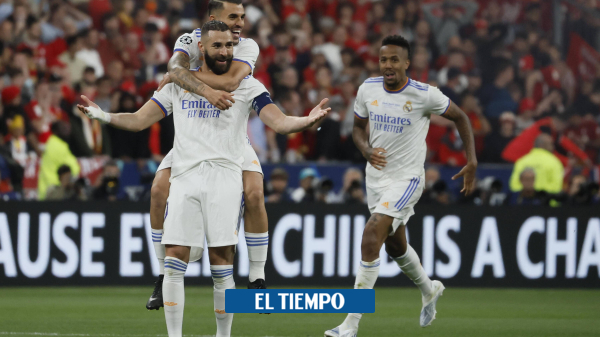 They beat Liverpool 1-0 in Paris.

Real Madrid once again showed that it is the king of Europe. The Spanish team added their fourteenth Champions League title this Saturday in Paris after beating Liverpool 1-0, with a goal from the Brazilian Vinicius in the 59th minute.

See also  Carolina Arias, out of the Copa América: "I was affected by third parties"

If Vinicius was decisive in the goal, so was the Real Madrid goalkeeper, Thibaut Courtois, with a performance that will go down in history, stopping everything that came to him and, above all, exasperating Mohamed Salah, who enjoyed several occasions.

The party of Real Madrid and European football was clouded in part, as the start of the game had to be delayed for more than half an hour due to security problems at the entrance to the stadium, with fans wanting to access when the start of the match was approaching, which caused the intervention of the security forces with tear gas.

The only goal of the match had a one hundred percent South American component, since the Brazilian Casemiro started a play giving the right to the Uruguayan Fede Valverde, who centered the ball into the area, where Vinicius appeared at the far post to push the ball into the net.

So was the celebration. Carletto king of cups: the triumphs with Milan and the Tenth with the Blancos

No Result
View All Result
<i cl