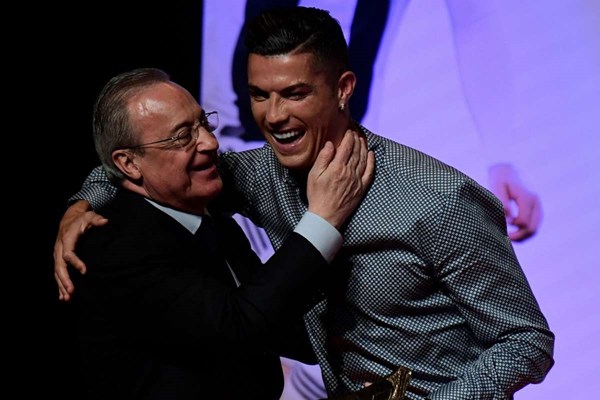 The Spanish electronic newspaper, El Confidencial, revealed again on Wednesday, old audio recordings, in which the president of Real Madrid and runner-up in the Spanish Football League, Florentino Perez, criticized his star and former coach, Cristiano Ronaldo and Jose Mourinho.

After broadcasting on Tuesday criticism dating back to 2006 after Perez’s first term at the head of the Royal Club, the club’s legends, Raul Gonzalez and Iker Casillas, were targeted, during which he described them in particular as “pranksters.” The newspaper revealed old statements targeting the Portuguese Ronaldo and Mourinho.

Perez, who returned to the presidency of the club in 2009, said in the recording of an unknown conversation about Cristiano, who defended the club’s colors between 2009 and 2018: “He is crazy, this man is an idiot, he is sick, you think this man is normal, but he is not, otherwise he is He won’t do all the things he does.

He continued: “Both of them are unnatural, because we are talking about a lot of money in the field of image rights, too, because of this image they have, from their provocative part, many people do not like them, it is the opposite of any good publicity!”

Perez had responded to these leaks in a statement on Tuesday, saying that they were sentences taken from conversations that Jose Antonio Appian had secretly recorded and had been trying to sell for several years without success, adding: They are loose phrases taken out of their broad context.

Perez claimed he was the victim of a conspiracy linked to his role in launching the stillborn European Super League. He continued: “It is being republished now, after many years have passed, and I think the reason for this is due to my role as one of the promoters of the Super League.”

Perez concluded by saying that lawyers are studying the measures that can be taken. Perez assumed the presidency of Real for the first time from 2000 to February 2006, then returned to the position in 2009 and will remain in it until 2025 after he was elected by acclamation last April for a sixth term.

Companies Move, which continues Tove Jansson’s legacy, is launching a new partnership with Fiskars: “We aim for global growth around products and stories”