Real Madrid, Manchester City and Chelsea will be deprived of the Champions League semi-finals 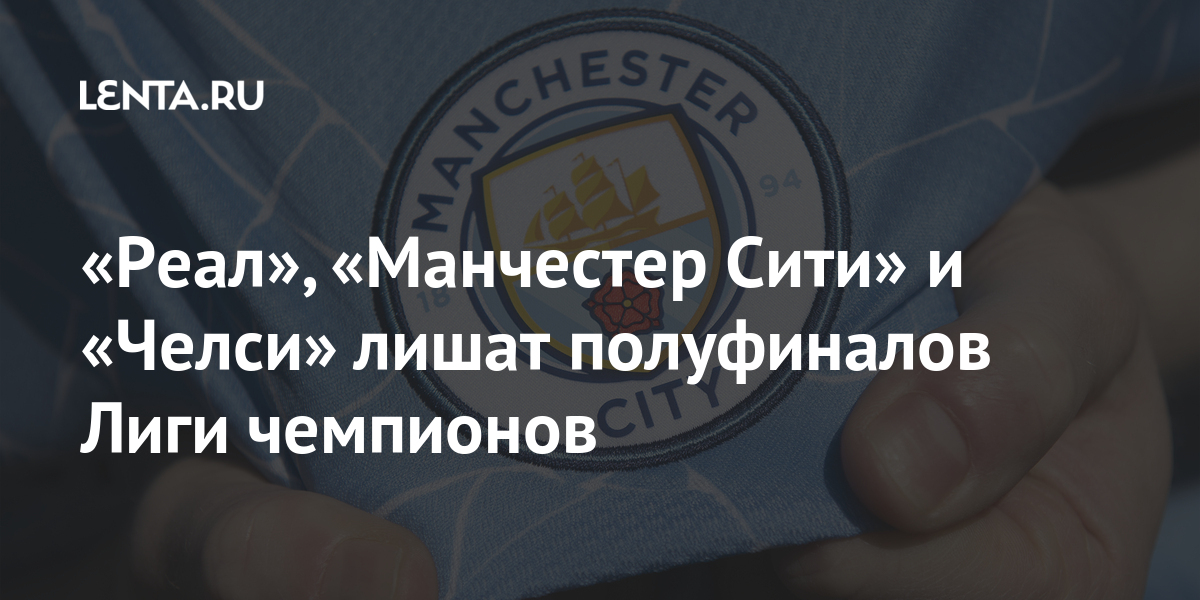 Real Madrid, Manchester City and Chelsea London will be barred from the 2020/2021 Champions League semi-finals. This was announced to DR by a member of the executive committee of the Union of European Football Associations (UEFA) Jesper Möller.

UEFA’s decision is related to the creation of the Super League, which was announced earlier on 19 April. The organizers were 12 top European clubs, including Real, Manchester City and Chelsea. UEFA, as well as the International Football Federation (FIFA), opposed the initiative, promising to impose sanctions on the teams.

The Champions League semi-finals between Real Madrid and Chelsea, as well as PSG and Man City, are due on 27 April and 4 May. The final of the tournament is to take place on May 29 in Istanbul.

Triumph with sweat and tears